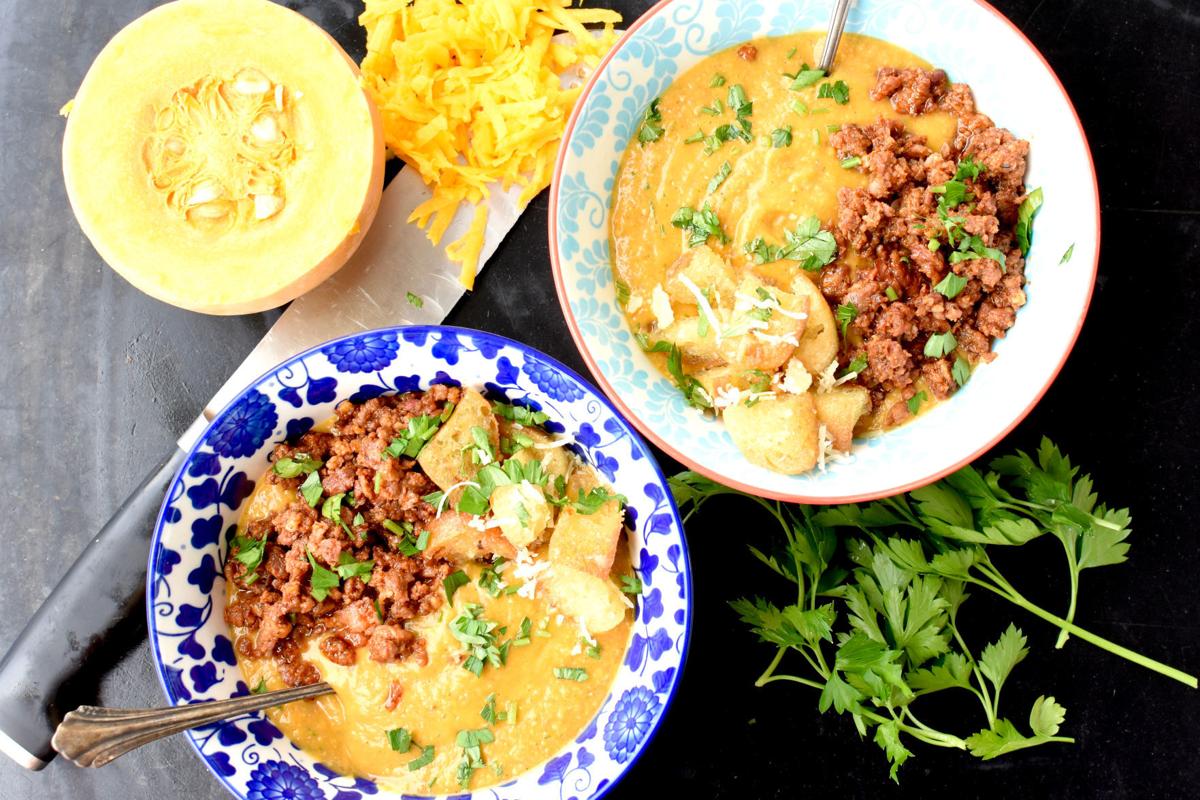 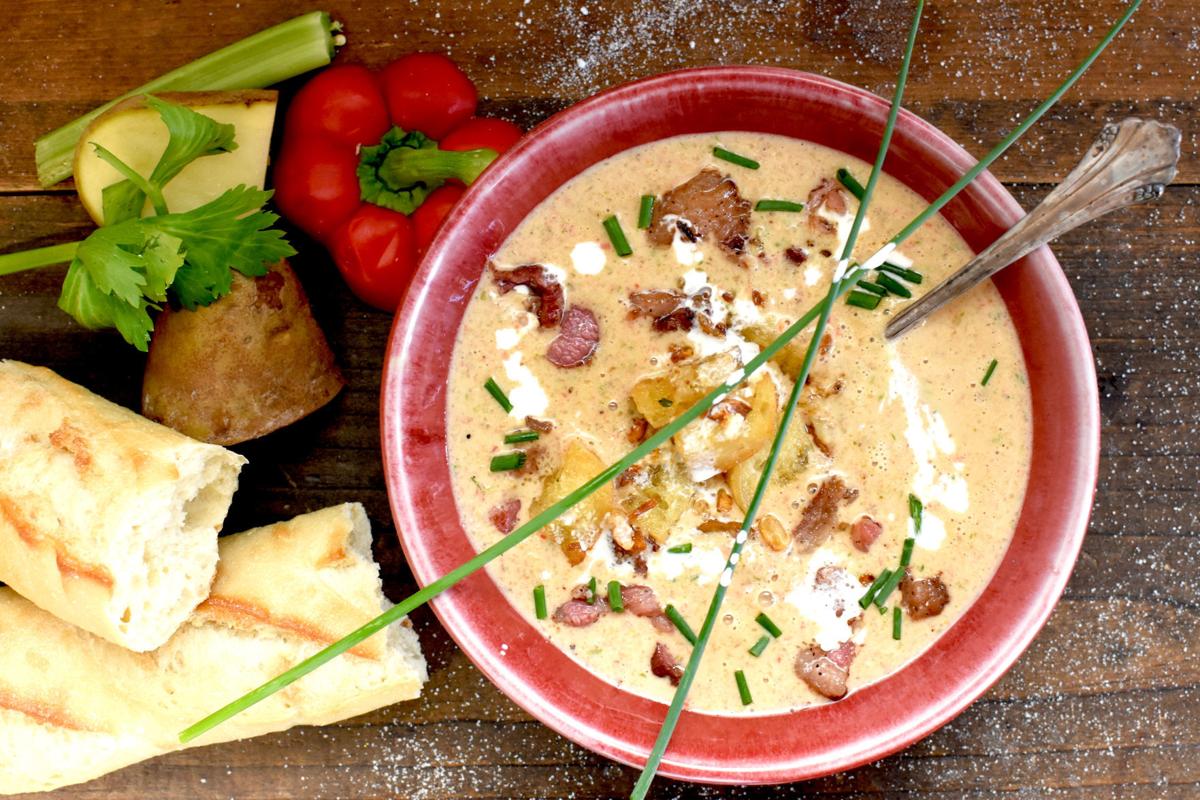 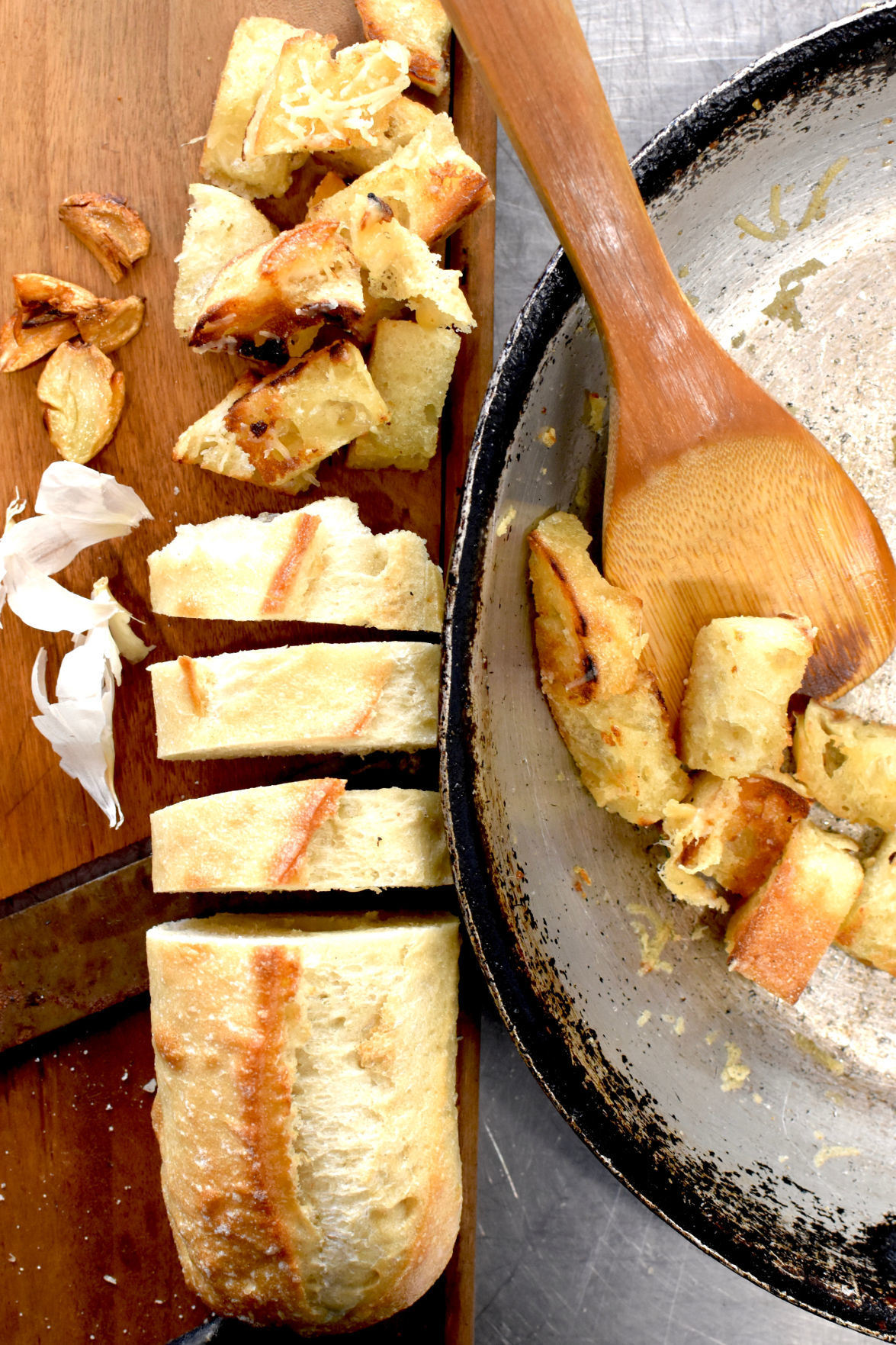 I savor the quirks of regional food. Before moving to the Cornhusker State, I could never have told you if a Runza was a sandwich or a wrestling move.

I would have assumed ordering a Tiger Meat sandwich ends with a knock at the door by U.S. Fish & Wildlife agents. And I certainly had never washed down a bowl of chili with a warm cinnamon roll.

Growing up in central Pennsylvania had its own long list of food foibles, including beef bologna sweet enough to hand out at Halloween.

But when leaves turn and frost starts to bite, I think mostly of my Keystone State’s fascination with hearty soups. Our church’s biggest fundraiser of the year was the Chicken Corn Soup Festival featuring plastic foam bowl after plastic foam bowl of “carby” protein-filled soup thickened with enough crushed saltines to double as delicious drywall spackle.

McClure, Pennsylvania, has been honoring Civil War veterans for 128 years with a Bean Soup Festival that also annually crowns the McClure Bean Soup Queen (along with all rights and privileges thereof).

The only bad part of rich hearty soups (please note that I don’t consider fat and calories to be bad things), is that most take hours and hours of cooking. With a few techniques, though, a rich from-scratch soup can be whipped up in about 15 minutes.

Neither of these recipes cheats and uses store-bought stock or bouillon to nail that cooked-all-day flavor. Instead, they rely on high heat, salty fats and an umami kick from a little fish sauce.

In essence, the fresh ingredients are cooked like a stir fry and then pureed at the end. The other trick is that the potato and squash are grated instead of cut into chunks, so they soften in minutes rather than hours.

Focus on the methods and techniques and add or swap ingredients to make your own swift but satisfying fare.

This rich and hearty soup can easily be a full meal. If you are not a fan of chorizo, it can be swapped for Italian sausage or even an unsweetened breakfast sausage. Butternut squash is wonderful, too, but this also works with acorn squash, pumpkin or even sweet potatoes and yams.

(or use extra salt as needed)

1. Chop, shred and otherwise prep all ingredients. Cut off the skin from the butternut squash and shred using a box grater or food processor. 2. In thick-bottomed pot over high heat, fry 3 tablespoons of the oil and all the chorizo until browned but not crispy. Stir constantly. 3. Remove 2/3 of the chorizo and reserve to top finished soup. Leave remaining chorizo and fat/oil in the pot. 4. Add remaining olive oil. Over high heat while stirring constantly and scraping bottom of pot, fry the peanuts, onion, garlic and fish sauce for 2-3 minutes. 5. Add the hot/boiling water and the shredded butternut squash and continue cooking over medium-high heat. While stirring constantly and scraping bottom of pot, bring to a boil and cook for 5 minutes until squash is tender. 6. Remove from heat, add the butter and 2/3 of the parsley and puree with a hand or stand blender. 7. Taste for salt and add more if needed. 8. Serve topped with the remaining chorizo and parsley, and garlic Parmesan croutons. A dollop of sour cream is a nice touch, too.

Classic combination of potato, bacon and cream, but instead of cooking the soup for hours, it is ready in minutes. The fish sauce in the recipe adds depth to the flavor but does not make it “fishy.” If you really want to skip the fish sauce, just taste the soup at the end and add salt as needed to make up for it.

What you do1. Chop, shred and otherwise prep all ingredients. Leave the skin on the potato and shred using a box grater or food processor. 2. In thick-bottomed pot over medium-high heat, fry all the chopped bacon until browned but barely crispy. Stir constantly. 3. Remove 2/3 of the bacon and reserve to top the finished soup. Leave remaining bacon and the grease in the pot. 4. Add olive oil. Over high heat while stirring constantly and scraping bottom of pot, fry the red pepper, celery, garlic, onion, hot sauce and fish sauce for 2-3 minutes. 5. Add the hot/boiling water and the shredded potato and continue cooking over medium-high heat. While stirring constantly and scraping bottom of pot, bring to a boil and cook for 5 minutes until potato is softened. 6. Remove from heat, add all of the heavy cream and 2/3 of the chives and puree with a hand or stand blender. 7. Taste for salt and add more if needed. 8. Serve topped with the chopped bacon, remaining chives and garlic Parmesan croutons. More of the heavy cream or even sour cream can be drizzled on top, too.

Fresh croutons and store-bought versions are very different beasts. Ones freshly fried are rich with olive oil and crispy without being hard. Any fresh or stale bread can work, but baguette-like loaves are best. For best flavor and texture, make them and use them right away. They’re not meant to be saved.

1. Cut the bread and set aside. 2. Smash the cloves of garlic and remove the “paper.” Do not chop or mince the garlic. You want whole cloves that are slightly smashed. 3. In thick-bottomed skillet over high heat, fry the garlic in the olive oil. Tip the skillet to side, so that the oil puddles to “deep fry” the cloves until browned. 4. Remove the garlic and set the skillet on a flat surface. 5. Add the bread and salt, and fry until browned and crispy but not hard. Stir constantly. 6. Remove from skillet but leave the croutons. 7. Sprinkle grated cheese over surface and let melt for 2-3 minutes. 8. Best served warm or within an hour.

Tales of Christmas decorating and the story of an iconic Omaha house.

Dollops of deliciousness from Sam Sifton

“New York is not going to tell you anything about the art of entertaining,” New York Times food editor Sam Sifton told the sold-out audience of 500 at Lauritzen Gardens. “This is a sophisticated crowd.”