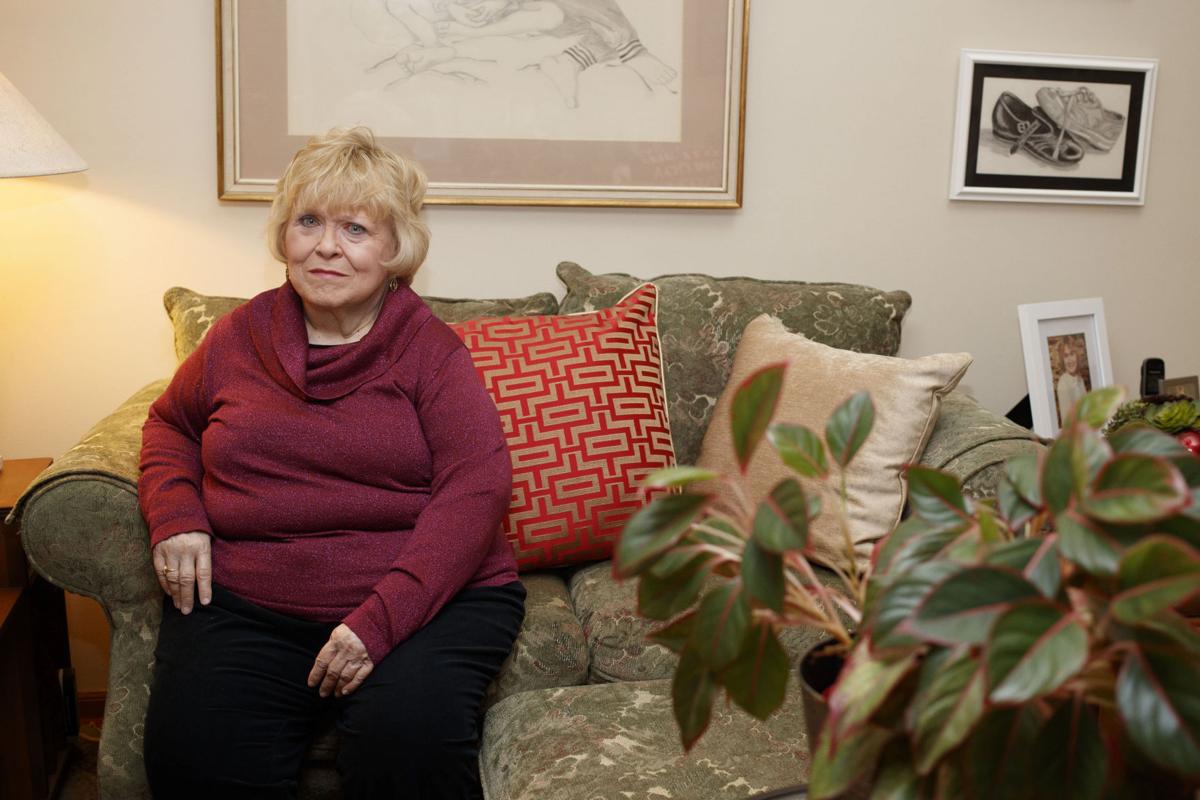 Jeanine Caldarelli of La Vista donated $48 to Goodfellows in honor of her daughter, Larenda Ranney, who died at age 48. 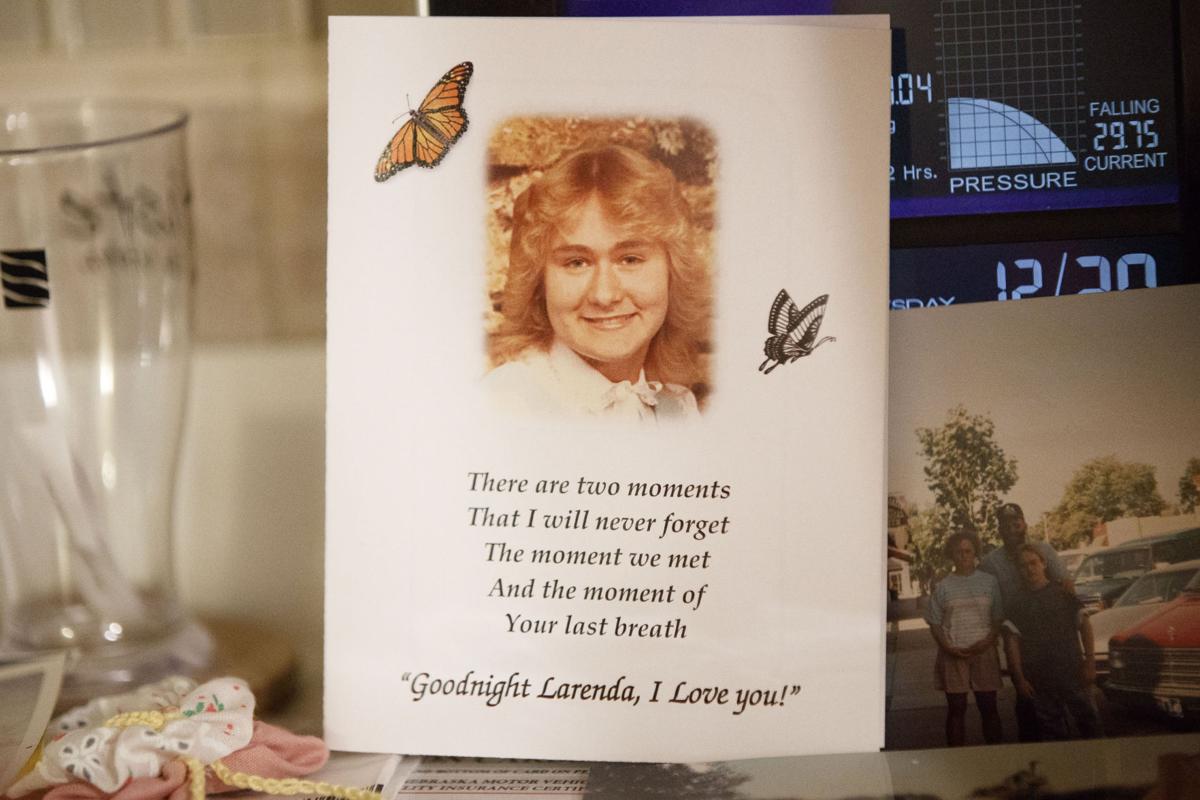 Since losing Larenda Ranney in April, “I’ve really tried to be more like her,” says her mother, Jeanine Caldarelli. 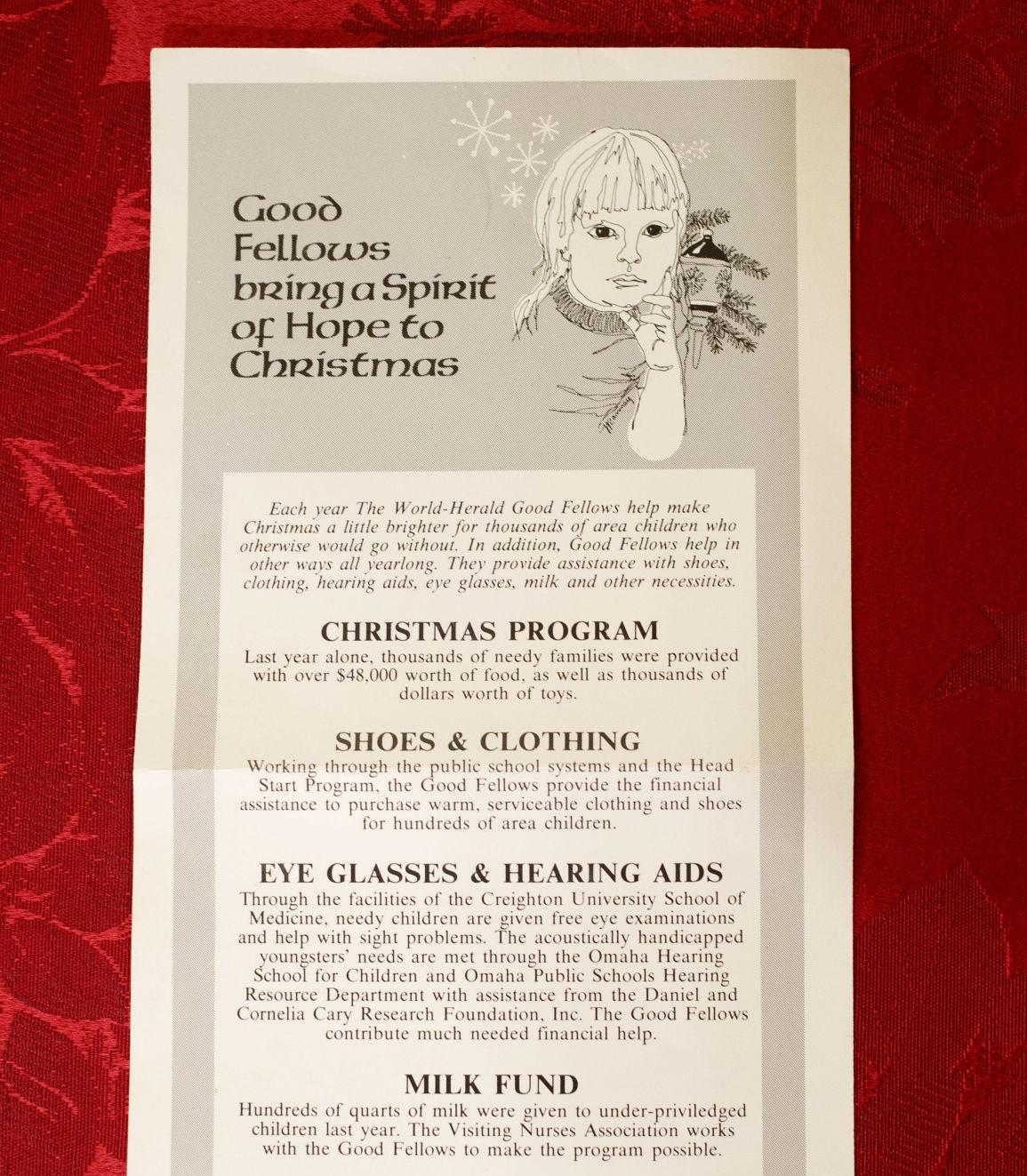 Jeanine Caldarelli’s drawing of Larenda was placed in the corner of a pamphlet for The World-Herald’s charity in the 1980s. Back then, Jeanine, now 75, worked in the newspaper’s promotional department, drawing and designing advertisements.

Jeanine Caldarelli of La Vista donated $48 to Goodfellows in honor of her daughter, Larenda Ranney, who died at age 48.

Since losing Larenda Ranney in April, “I’ve really tried to be more like her,” says her mother, Jeanine Caldarelli.

Jeanine Caldarelli’s drawings of her daughter preserve her in youth.

Over the couch in the living room hangs a large pencil sketch of Larenda Ranney as a child, sitting cross-legged next to her sleeping brother.

Near that is another framed piece: Jeanine’s drawing of the small shoes she used to slip onto Larenda’s feet when she was a toddler.

After flipping through her portfolio of old artwork, Jeanine finds one more — a sketch of her daughter when she was about 8, with straight-cut bangs falling over her forehead. Around 1980, that drawing was placed in the corner of a pamphlet for Goodfellows, The World-Herald’s charity.

Back then, Jeanine, now 75, worked in the newspaper’s promotional department, drawing and designing advertisements.

This year she sent a photocopy of that pamphlet along with a check for $48 made out to Goodfellows — one dollar for each year of Larenda’s life. It was the first time she has given to the organization.

Since Larenda died in April, Jeanine has been looking for a cause and trying to live by what she calls the three C’s: courage, common sense and compassion. It’s that third C — compassion — that has driven her lately.

“Since losing her, I’ve really tried to be more like her,” Jeanine said.

Larenda died at age 48 from a ruptured appendix. Since she was a teenager she had struggled with mental illness and was diagnosed with schizophrenia and bipolar disorder.

For more than two decades, Larenda lived at home with her mother in La Vista.

As Jeanine’s own health and mobility deteriorated from Stickler syndrome — a condition that affects connective tissue, causing joint problems — mother and daughter became caretakers for each other.

They were best friends, too. They went to concerts and movies and out shopping together. The two would sit at the breakfast nook for long conversations that often ended in fits of giggles, Jeanine remembers.

She misses Larenda’s laugh. She has many photos and drawings of her daughter around the house, but she regrets not recording her voice, that giggle.

“It’s always those little things that you realize you miss so much,” Jeanine said.

But she can do little things to honor her daughter, too.

Such as her donation to Goodfellows.

“I’d planned it for months,” she said. “I’d always admired the organization so much and it meant a lot to donate in her name. It’s my way of being more giving, more kindhearted, more like Larenda.”

Nichole died on Sept. 21, two weeks after she fell down a flight of 25 stairs in the couple’s rented home. Since Nichole’s death, the family has moved, thanks in part to Goodfellows, The World-Herald’s charity. Goodfellows paid the rental deposit so the family could move in at the beginning of November.

Donate online using the button above or
Mail your donation to: