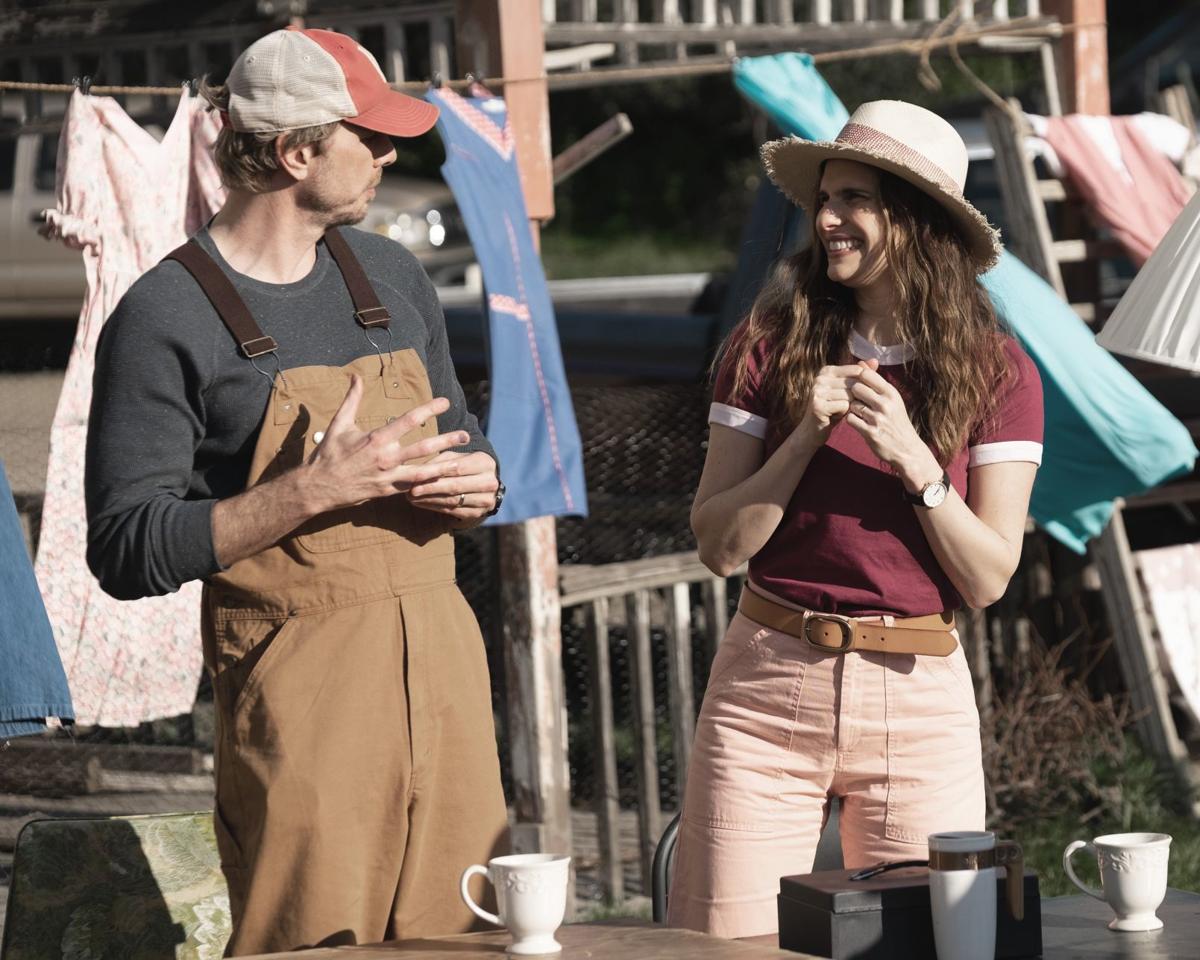 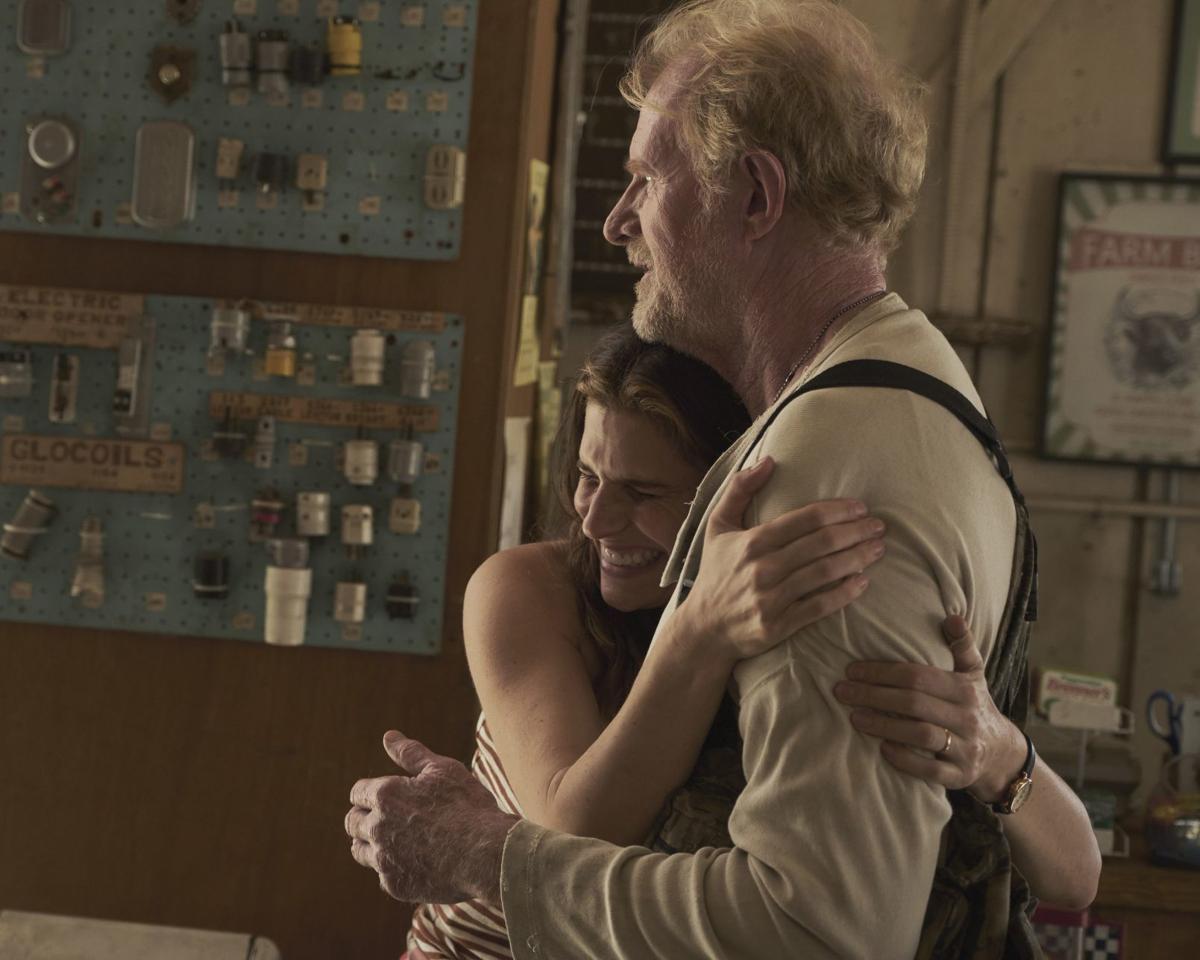 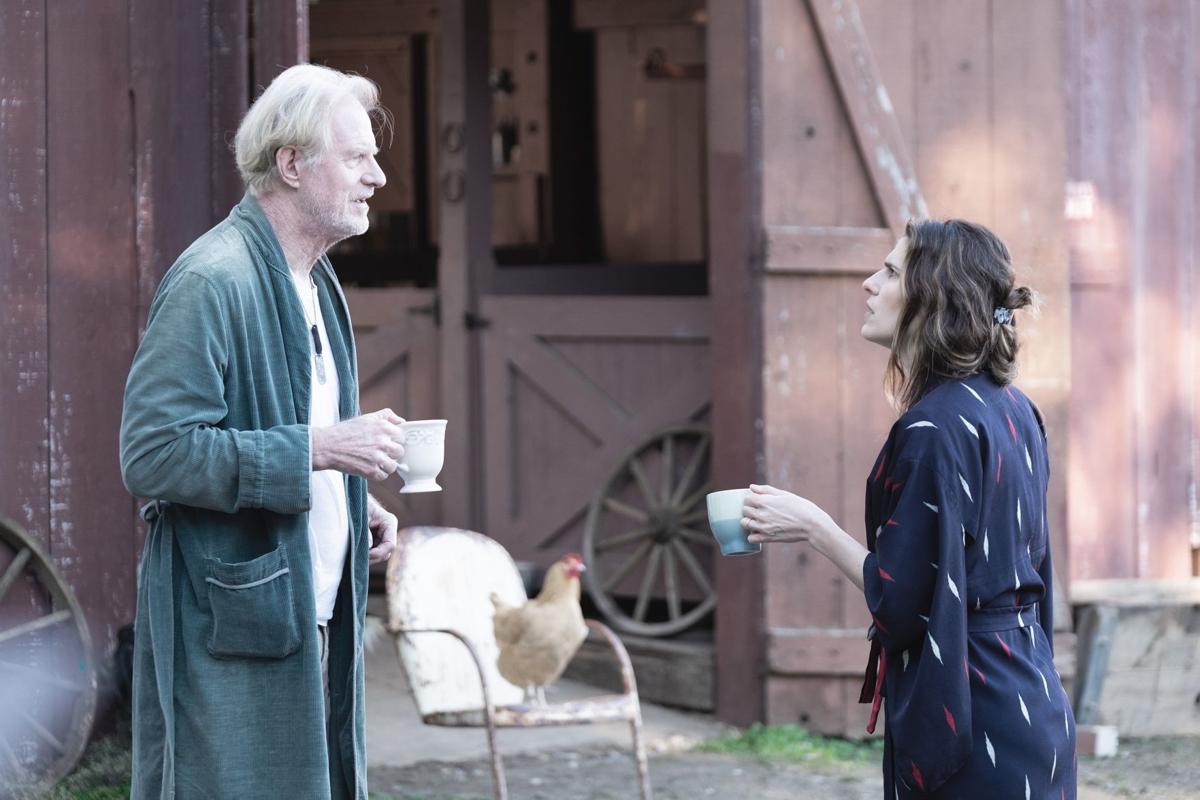 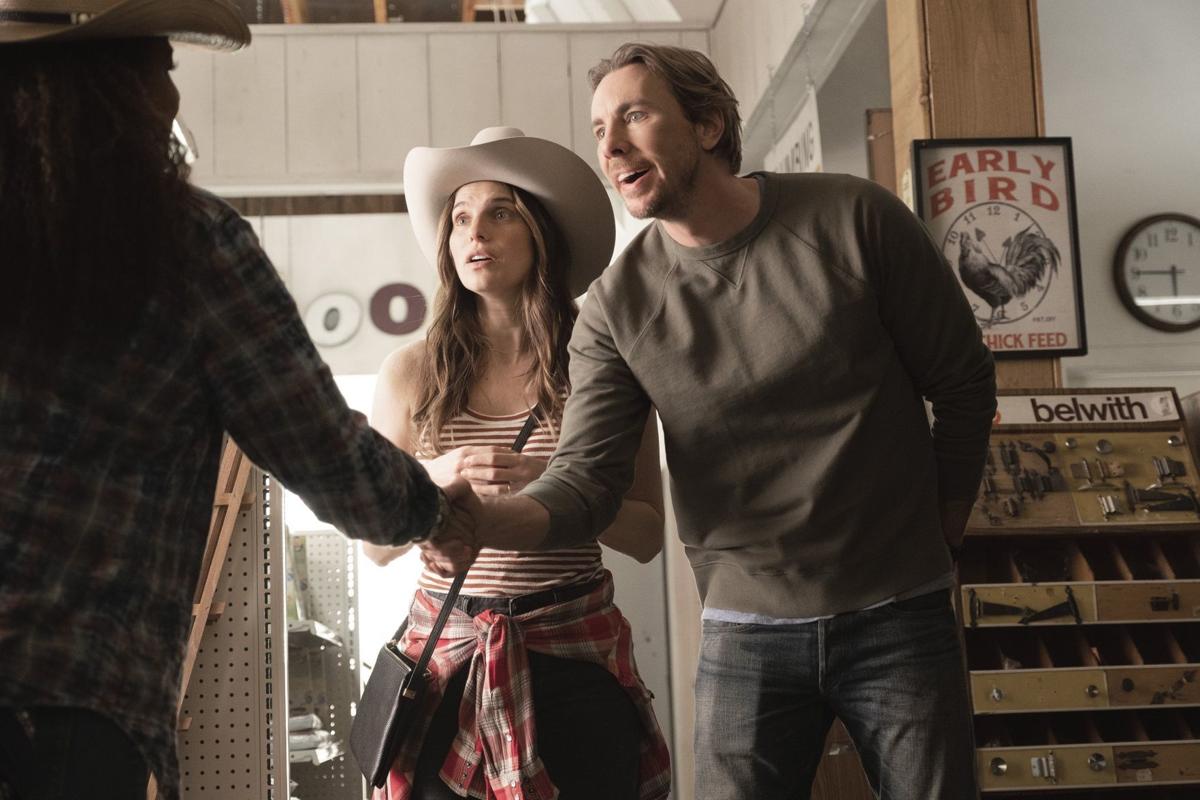 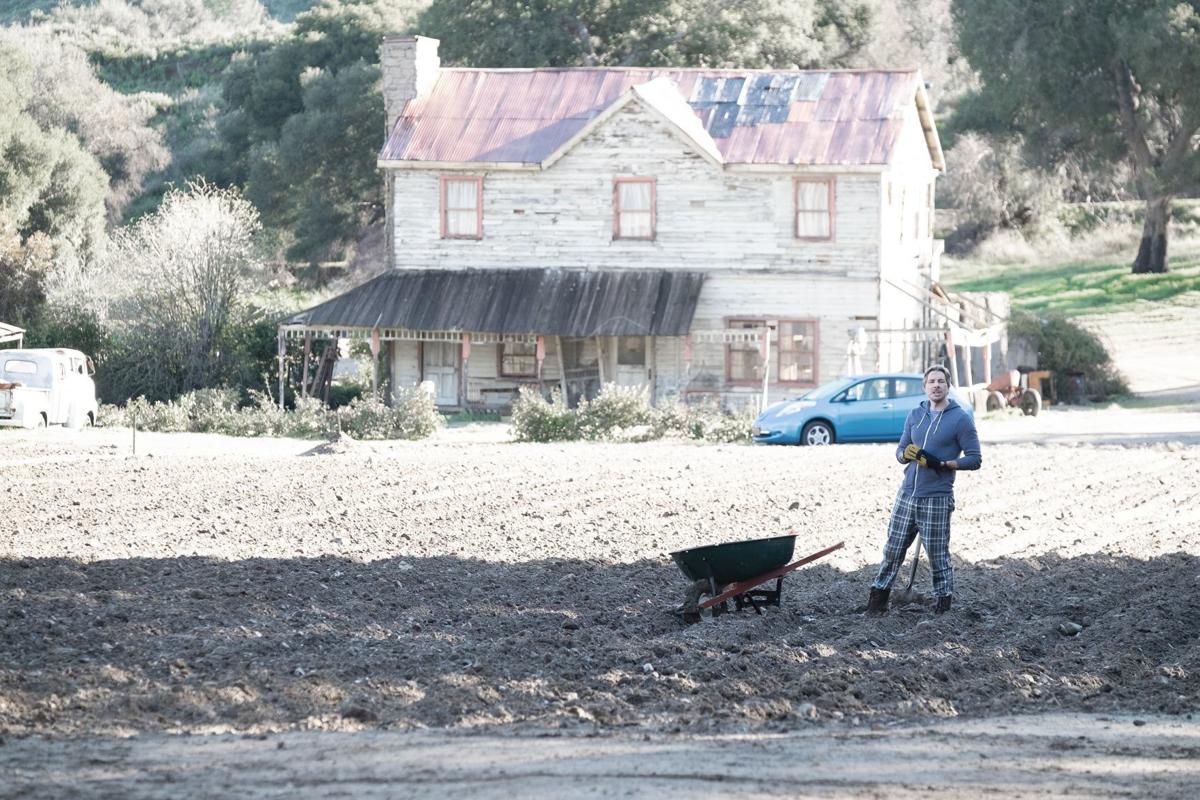 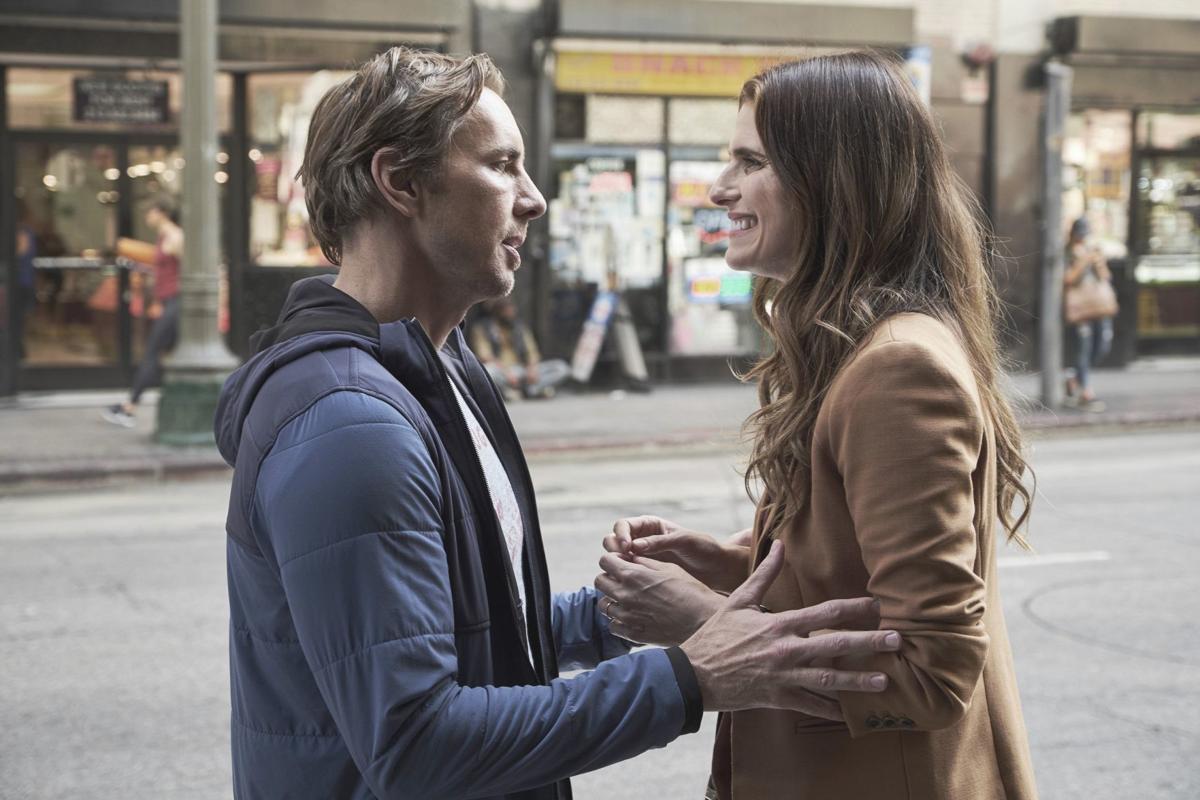 The writers behind “Bless This Mess” wanted to make sure that the show wasn’t poking fun at Midwesterners. “The joke’s always on the New Yorkers,” said Barbie Adler, an Omaha native who’s also written for “Arrested Development” and “How I Met Your Mother.”

The writers behind “Bless This Mess” wanted to make sure that the show wasn’t poking fun at Midwesterners. “The joke’s always on the New Yorkers,” said Barbie Adler, an Omaha native who’s also written for “Arrested Development” and “How I Met Your Mother.”

“Bless This Mess,” which premieres Tuesday, is set in the fictional town of Bucksnort, Nebraska, but the show was filmed in Santa Clarita, just north of L.A. To get a Nebraska-accurate landscape, a little green-screening was in order.

“We used as much visual effects as, like, ‘The Avengers’ to get all the mountains out of the background,” said series co-creator Elizabeth Meriwether. “We’re trying to make that work as much as we can. There might be a couple mountains, and I apologize in advance to all of your readers.”

In “Bless This Mess,” Dax Shepard and Lake Bell (also the series’ co-creator) play a couple who move from New York City to rural Nebraska to take over the alfalfa farm willed to him by his late great-aunt. The couple have no experience — with Nebraska, with farming, with most any practical matter. In the pilot, Shepard’s character notes that he’s really “a Midwesterner at heart.” (He grew up in the suburbs of St. Louis.)

In the show’s clever and promising pilot, which Bell directed, the couple quickly realizes their mistake. The house is falling apart. The soil is bad. They have no idea what they’re doing. Though at least he knows enough to wear a Huskers cap.

It’s all very “Green Acres” with a side of “The Money Pit.” The series’ central joke is not on the Midwesterners, but the fish-out-of-water New Yorkers.

Of course, Nebraskans might spot inaccuracies here and there.

That’s the wrong kind of cow. There are too many cowboy hats. What’s that mountain doing over there?

But the show course-corrects throughout the season. The writers did their research. And they had at least one secret weapon in the writers room: an actual Nebraskan.

Omaha native Barbie Adler, the Emmy-winning writer and producer of such shows as “Arrested Development” and “How I Met Your Mother,” is on the “Bless This Mess” writing staff. She serves as a sort of de facto Nebraska consultant for showrunners Bell and Meriwether — who come from, respectively, New York City and Ann Arbor, Michigan.

“I couldn’t believe how lucky we were to get a writer as good as Barbie who is also from Nebraska,” Meriwether said. “There’s not that many people in comedy rooms that are not from the coasts.”

So even if “Bless This Mess” has California subbing for Nebraska, viewers can rest assured: The show has some local representation; it’s striving for authenticity in all aspects of The Good Life.

Ahead of the show’s premiere, we spoke with Bell, Meriwether and Adler about their efforts at accuracy and why they wanted to set a sitcom in Nebraska in the first place.

Note: Interviews were conducted separately and were edited for length and clarity.

On how the show came about

Bell: When (Meriwether and I) first started talking about this, we loved the idea that there would be an extreme Manhattanite, like myself, sort of being thrust into a world that she romanticized, that she’s excited about, that actually in practice is a lot less like Instagram and the curated version of the ease and comfort of farm life. (Instead) it’s the hard-hitting reality of what it is to be a learned, well-versed farmer who is extremely capable. We thought therein lies a lot of funny and fodder for comedy.

On why they set the show in Nebraska

Bell: I’ve driven cross-country a couple of times, and the same with Liz. We both had driven through Nebraska, and it was always this space where we were like, wow, this is flat plains, no-nonsense farmland. We both felt like it was the heartland in the middle of this country.

Meriwether: I was trying to think of a place that would feel like a significant change from New York City for the characters. The other part of it is that my brother (Graham Meriwether) has made two documentaries about the American farming industry. He had talked to me about Nebraska. I had sort of picked up through osmosis and his documentaries the farmers of Nebraska. My brother knows farmers in Nebraska. He’s been working on the show as a farm consultant so we can be as authentic as we possibly can be. I’ve always felt that the Midwest is underrepresented and also misunderstood, and it was important to me to try to show a version of life that isn’t on television that much. I think with farms, there’s so much comedy there that hasn’t been mined.

Meriwether: (My brother) sent me an extensive amount of documents about soil. Which I’ve read. Actually, in our second episode, the writer managed to make a lot of really good comedy out of taking soil samples. (Laughs.)

Bell: There’s a huge aspect of this show that is quite unique because there’s farming. We’re going to be talking about not just marriage, but farming and chickens. We get into it. The amount of conversations we have about poultry. Aerating soil. There’s so much.

On the show’s small Nebraska town

Bell: The town is called Bucksnort. It’s a fictional town. There is, I think, a Bucksnort, Tennessee. We wanted to make sure that we had the ability to be a little bit more generalized and not pinpoint an actual community that exists. Obviously, (Bucksnort is) probably very far from an urban area.

On writing about Nebraska

Bell: The majority of our writers room is from the Midwest. We have one woman from rural Wisconsin. And then we have Graham (Meriwether). Also, we have another man whose family grew up on a farm. And we have Barbie, who is from Nebraska.

Meriwether: There are some funny things that Barbie helped figure out. In the pilot, a couple characters are wearing cowboy hats, and we had gotten a little pushback online from some Nebraskans who said people don’t wear cowboy hats (in Nebraska), and Barbie was like, “No, they wear baseball hats.” So then we course-corrected in the second episode, there are no more cowboy hats. I was like, the mascot is the Husker with a cowboy hat (Herbie Husker). You can’t say that nobody wears a cowboy hat. (Laughs.)

Adler: It’s been fun for me because it was my childhood. It was a while ago, so I think I have a nice, pure view of what that time was like and the good parts about it and the good people. It’s nice to be able to offer that. We’re never making fun of these people. The joke’s always on the New Yorkers. No Southern accents or anything like that. It really does take me back in a way, because I have good memories of all that.

Meriwether: I think there’s something great about showing another perspective on television. Also, one of the things my brother has talked about is the age, median age, of farmers in this country has gotten higher and higher. There’s something about showing a young couple go and try to become farmers. We need new young farmers.

Adler: (Meriwether) has asked me a couple times, “So, would there be any mountain or any lake?” Nope. Flat, dry. I have to keep reminding her. Hopefully, (Nebraska viewers) will find that the experience is authentic.

On the longing for a simpler life

Bell: I’m married to a man who was born in Texas and raised in Louisiana, and I was raised on the Upper East Side. He is extremely capable and, you know, grew up with people who liked wrestling alligators. We have a collective dream to unplug, throw our phones out the window and drive up the country and own a piece of land. Because we’re so addicted and tied to our technology that it’s romantic to just tune out, and to touch and feel and smell things that are real. The romance of that vs. the reality of that is, for someone like me, funny. You know, I don’t know how I’d fare. I’d like to give it a chance, though.

New ABC sitcom is set in Nebraska. It's about a couple of city slickers who decide to live the Good Life

For those worrying that the show will portray Nebraskans as a bunch of hicks, well, there might be some of that. But most of the humor appears to come from the ineptitude of the city slickers.

With all due respect, being a native of Omaha doesn't mean you know anything about rural Nebraska.

This week on Bless this Mess..." Hilarity ensues when a couple from New York moves to Nebraska and has trouble adjusting to their simple country ways.