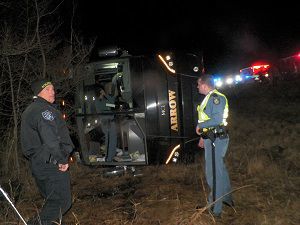 Four members of the Nebraska Theater Caravan were hurt in the crash. The Omaha Playhouse is covering the cast’s flights home. 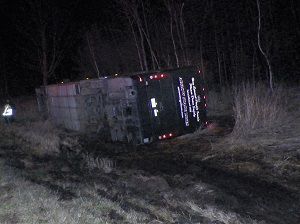 The bus was on its way to Orono, Maine, for tonight’s performance of “A Christmas Carol.” The driver, 65-year-old Charles Barry of Omaha, was cited by troopers on suspicion of failing to maintain control of the bus. 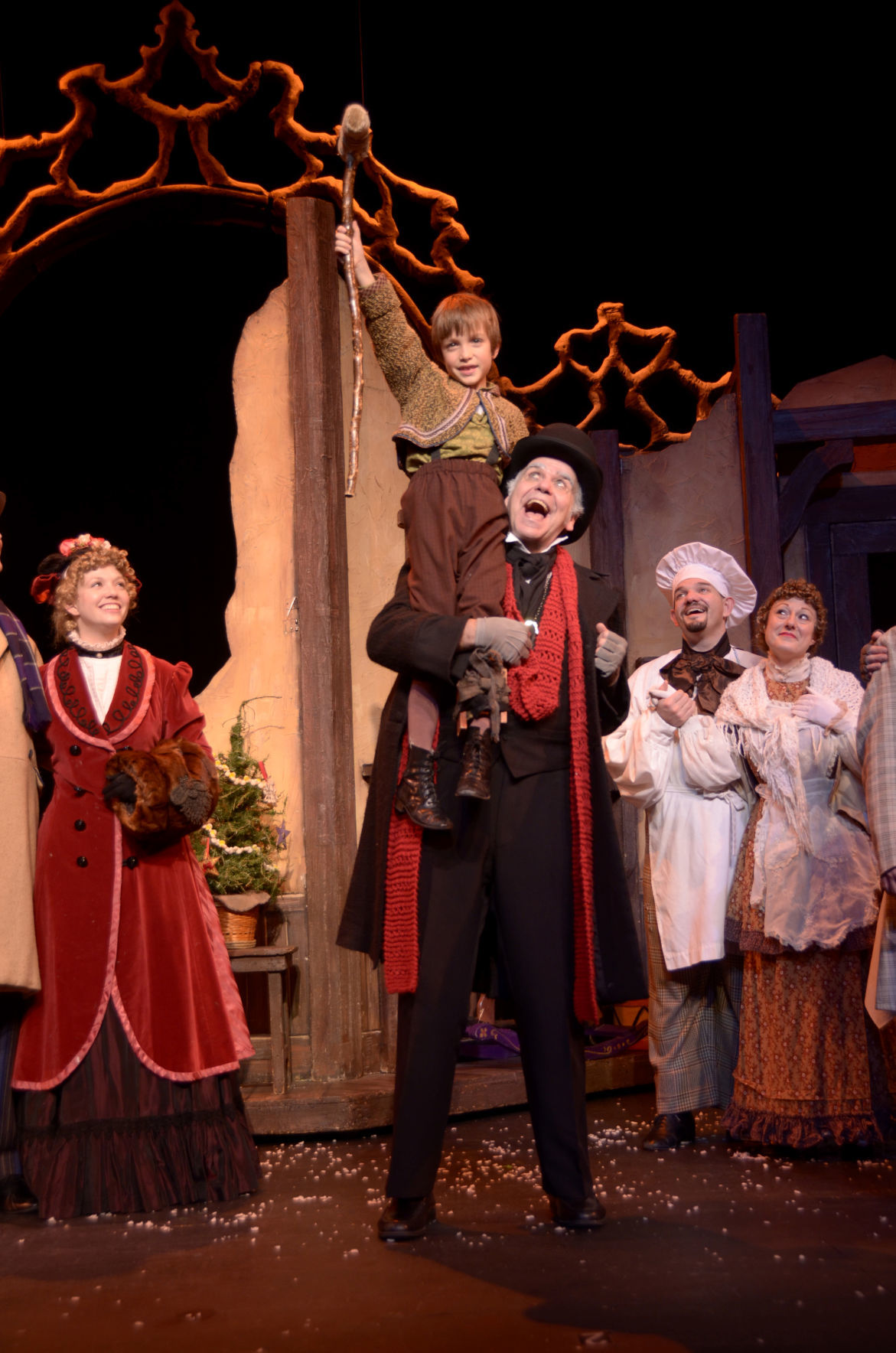 Ryan Laughlin on the Nebraska Theatre Caravan tour of "A Christmas Carol" in 2012, with Paul Kerr who played Scrooge.

Four members of the Nebraska Theater Caravan were hurt in the crash. The Omaha Playhouse is covering the cast’s flights home.

Ryan Laughlin on the Nebraska Theatre Caravan tour of "A Christmas Carol" in 2012, with Paul Kerr who played Scrooge.

Members of the Nebraska Theater Caravan tour of “A Christmas Carol” are scrambling to find ways home after the tour was canceled following a bus crash in Maine on Tuesday night.

Ten shows were remaining across the East, part of the South and Midwest. The group was on its way to Orono, Maine, when its bus overturned on Interstate 95 near Burnham.

Four people in their 20s and 30s were injured, according to a Maine State Police spokesman. Each was treated at area hospitals and released, said Allyson Wagner, director of marketing and public relations for the Omaha Community Playhouse. The Caravan is the Playhouse’s professional touring wing.

The state police spokesman said 38 people were on the bus when the crash occurred. The driver, 65-year-old Charles Barry of Omaha, was ticketed on suspicion of failing to maintain control of the bus. Troopers say he fell asleep at the wheel.

Wagner said tour members have each been given $500 to rebook plane tickets and cover other expenses, and will receive more money if that’s not enough. The Playhouse also has paid for hotel rooms through Friday in Waterville, Maine, near the site of the crash, and will cover the cost of lodging if some people need to stay longer because flights aren’t available during the busy holiday season.

Some tour members need to fly back to homes in Omaha, but many live elsewhere.

“People come from all over the country to participate in the tour,” Wagner said.

They all had tickets home from the tour’s last stop on Dec. 23 in Sarasota, Florida, and those tickets must be rerouted out of Portland, Maine.

Playhouse staffers can’t exchange or rebook the original flight tickets because the members of the touring company booked them, but if tour members need phone numbers or other resources, they’re ready to help, Wagner said. The Playhouse also will provide transportation to the airport.

“We are doing our very best,” she said, “and if there’s more we should be doing, we will do it. We’re here to support them financially, emotionally and physically.”

Tour members will receive their full salary for the tour, including the canceled shows. The tour includes three minor children (the youngest is 10) who are with chaperones. Parents are considering flying out immediately to be with their kids, and the Playhouse will pay for their airfare and hotel if they go.

At first, Playhouse officials planned to give each tour member $300 but soon realized that wouldn’t cover the cost and upped the sum to $500, Wagner said. Social media chatter about the tour and the initial Playhouse plans resulted in the establishment of a $5,000 GoFundMe for the “stranded” tour participants. It raised more than $5,200 in less than 24 hours.

Katie Broman, Playhouse executive director, said the crash has been difficult for her and her staff. She worked with the Playhouse board on the decision to cancel the rest of the tour, and they decided it was necessary for the well-being of the participants, who were shaken up, she said.

It also has been tough for the venues where shows were canceled.

Omaha police car is hit, another crashes during pursuit

Omaha police are still sorting out what happened Sunday evening after a fleeing car struck a police cruiser and led police on a chase.