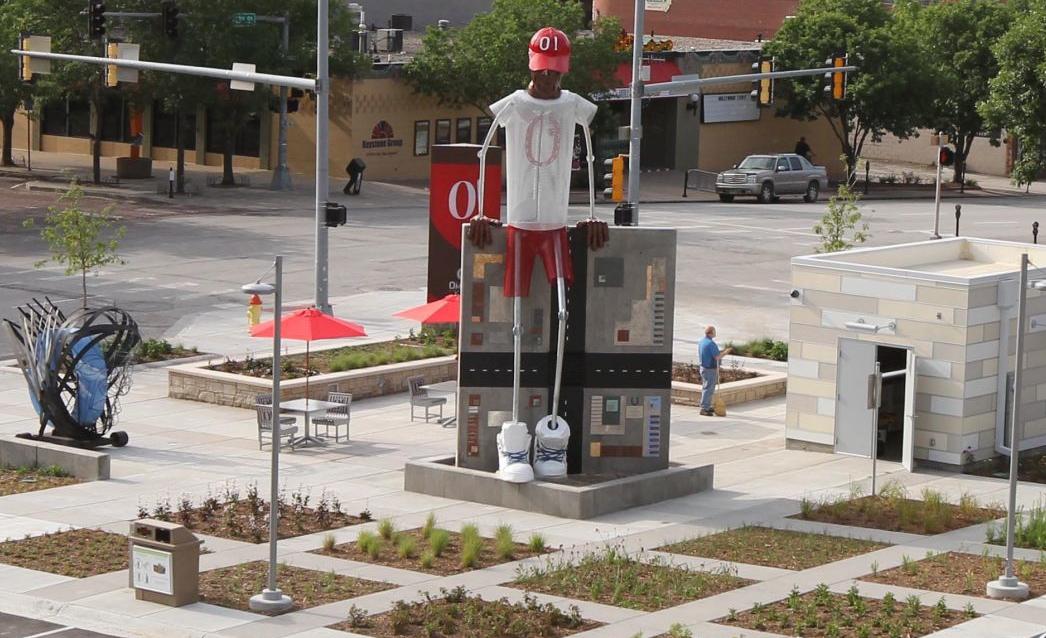 The Chamber Courtyard, on the Greater Omaha Chamber of Commerce property, shown in 2010. The O! Dude sculpture by Omaha artist Les Bruning, which is in the middle of the plaza, will be relocated. 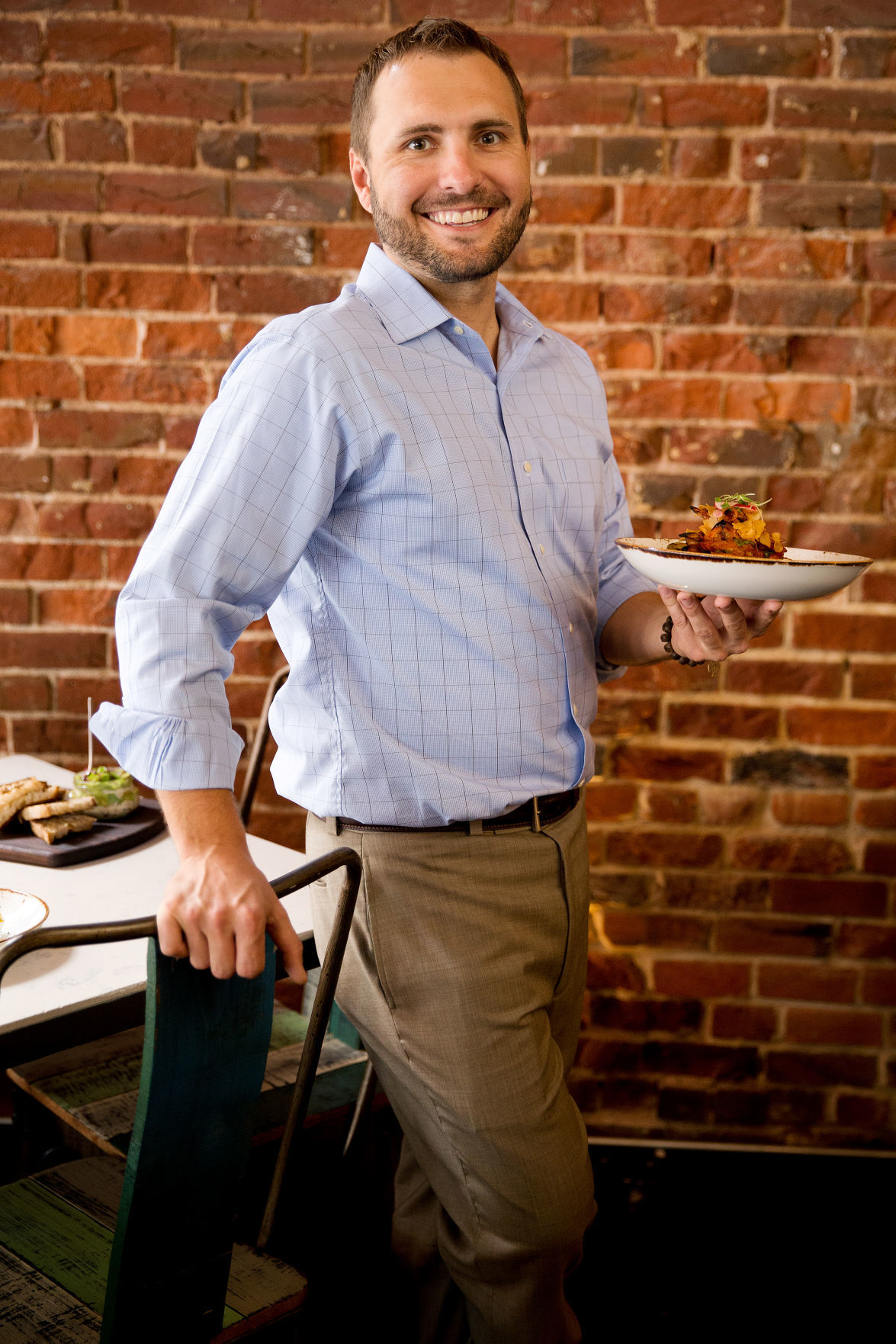 The Dandelion pop-up series won’t have a spot to pop up come the end of August.

The Greater Omaha Chamber of Commerce announced Tuesday that as of Aug. 31, it will no longer allow public events at the Chamber Courtyard, on the corner of 13th and Howard Streets, where the popular, chef-driven lunch series takes place.

Chamber spokeswoman Jill Bruckner said the space is “in transition.”

“It is no secret that the space is for sale,” she said.

The chamber moved its offices to a former Conagra marketing and sales building, now called the Chamber Building, in June.

The courtyard, on the west edge of the Old Market, is also home to public art, protected native grasses and a large-scale sculpture, O! Dude, by Omaha artist Les Bruning. Heartland B-cycle will relocate one of its racks of shared bikes off the courtyard.

Nick Bartholomew, who runs the Dandelion pop-up, and also runs west Omaha’s Over Easy, said he has more than 20 chefs lined up to cook in the series after the Aug. 31 chamber deadline. The pop-up’s website lists Friday events scheduled through Nov. 2. It also recently started a “Taco Tuesday” series.

“Right now, it looks like we will have to cancel,” Bartholomew said.

In early July, the chamber removed the permanent seating from the space. Bartholomew has since brought in his own tables and chairs. Bartholomew said he wished the organization had given him a heads-up on the transition when it removed the seating.

Events won’t take place in the courtyard after August because of construction that’s happening in the area, Bruckner said. The fountain, native grasses and other amenities in the spot will be relocated. The chamber is looking for a new location for its “We Don’t Coast” wall, on the north side of the area. Bruning will relocate his sculpture, Bruckner said.

“It would not be safe for people to be at the kiosk once we start moving that larger sculpture,” she said.

Bartholomew said he hopes Dandelion and the chamber can come to a compromise so the restaurant can finish its season.

Bruckner said the chamber has put Bartholomew in touch with the director of Kitchen Council, its culinary incubator project located in Council Bluffs. She said she hopes the Kitchen Council can help Dandelion transition to a new location.

“Hopefully, we can continue some kind of a relationship,” she said.

Meanwhile, Dandelion will continue to pop up in the coming weeks. On Friday, it will host chef George Fernandez, who will cook south-central American cuisine.

Review: Creative menu, concept give Stokin' Goat a chance to kick up some noise in west Omaha

Gayle Carstens' newest restaurant exhibited some issues with execution, but it offers a welcome take in a part of town lacking unique spots.

Have I got this right? Omaha Chamber of Commerce sends an Omaha businessman to Council Bluffs for help relocating. What a city!