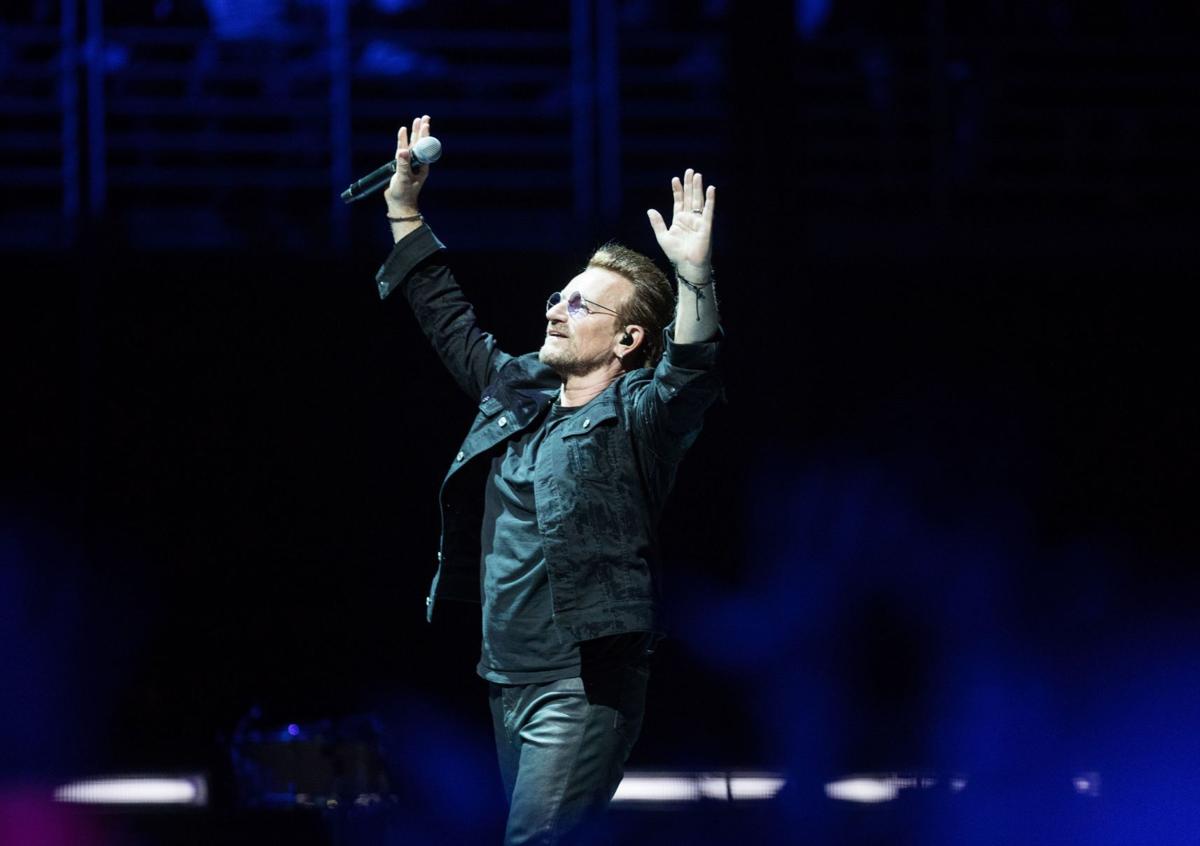 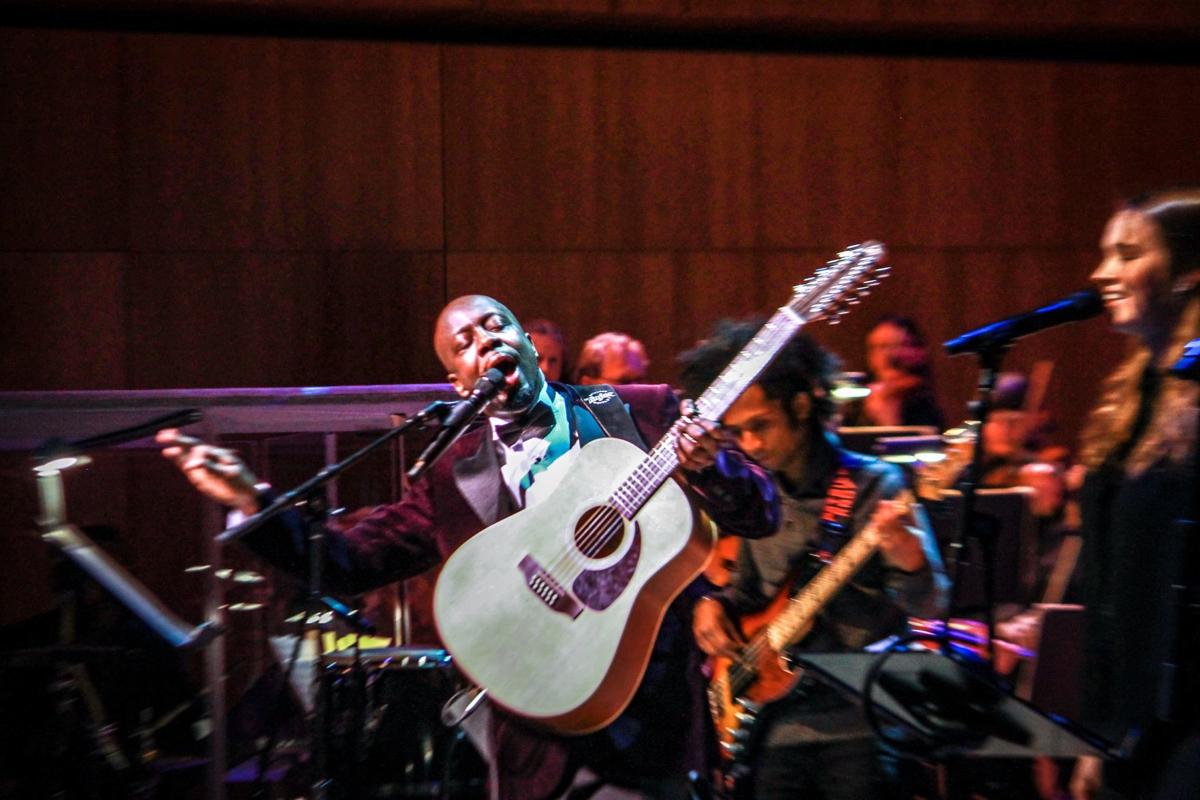 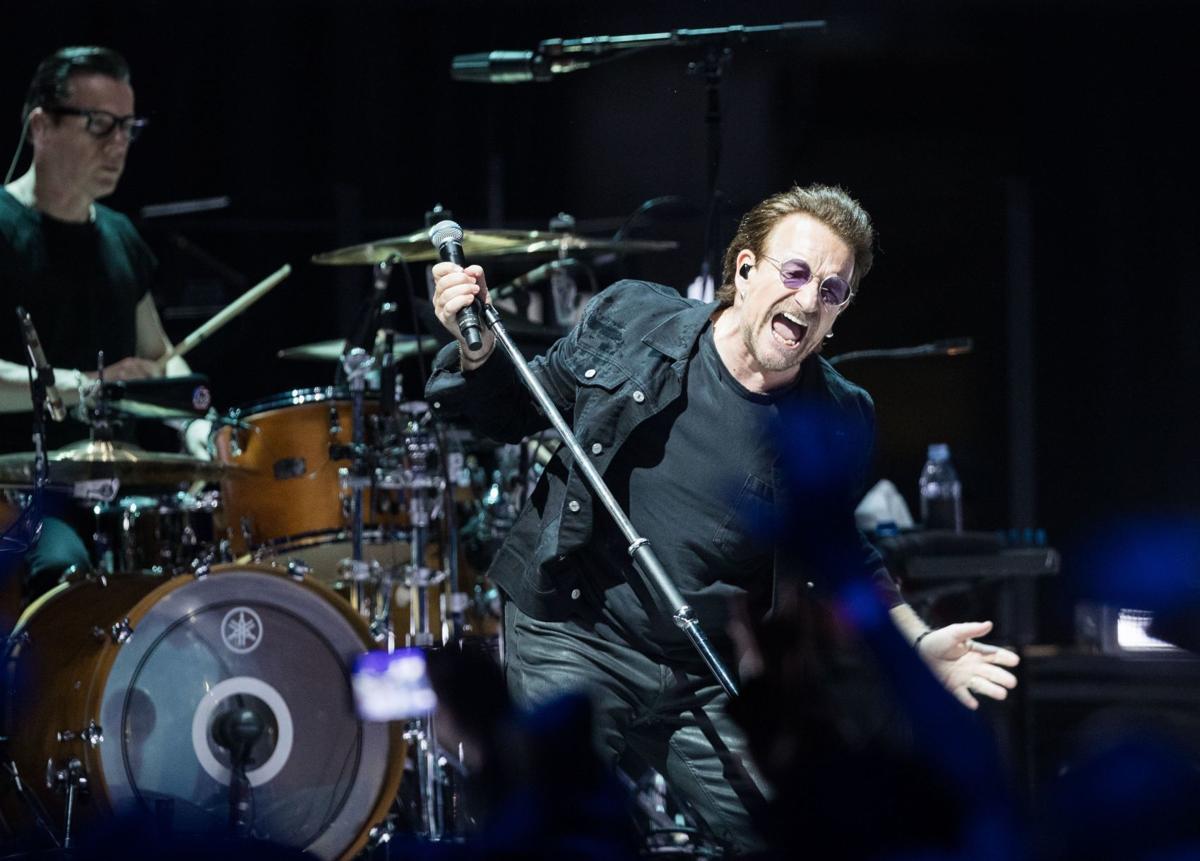 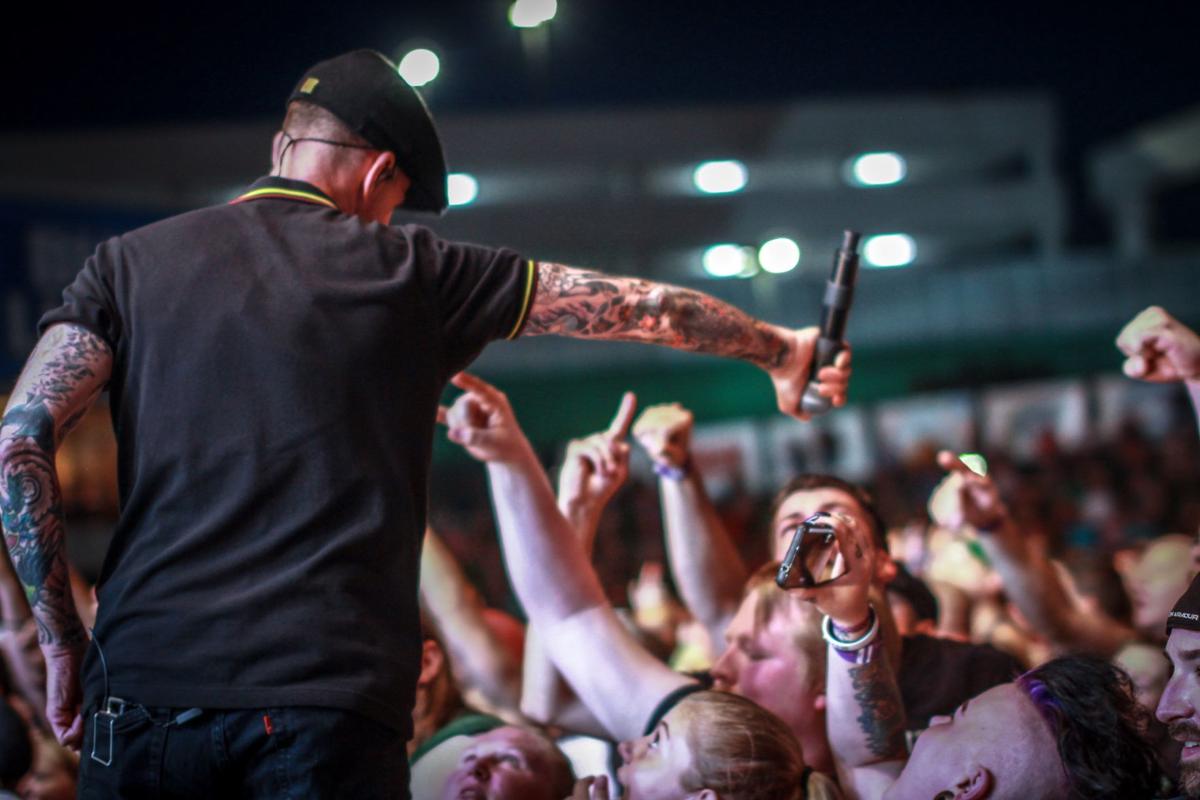 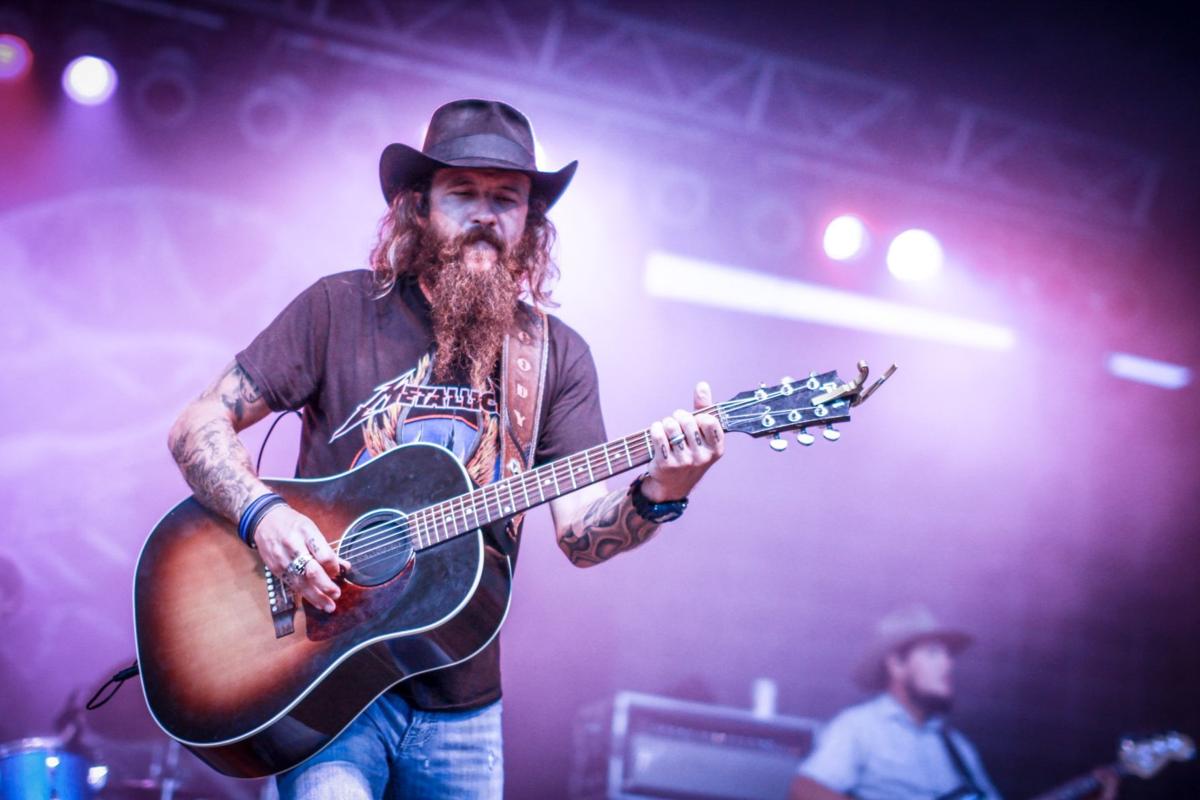 Cody Jinks had to cut short his set at SumTur Amphitheater. 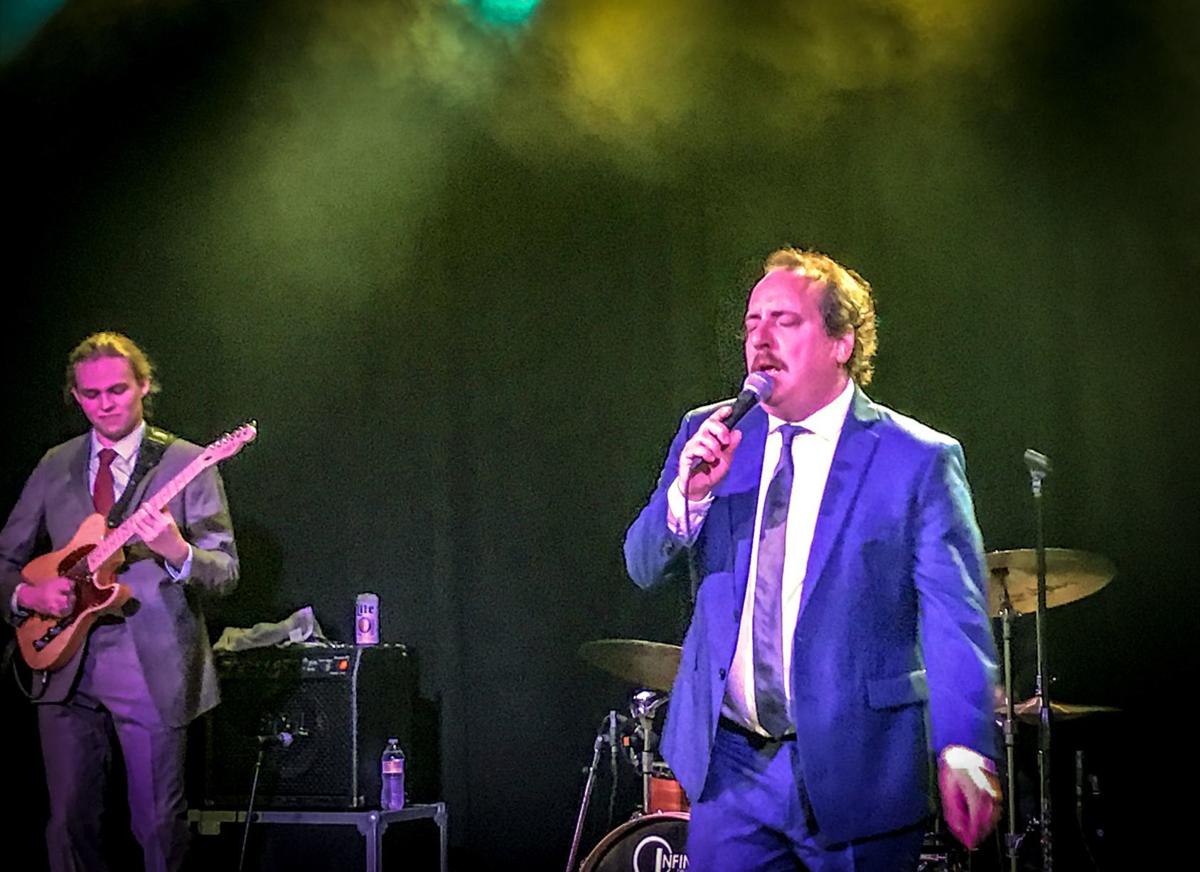 Har Mar Superstar performs the songs of Sam Cooke at The Waiting Room Lounge on July 24, 2018. 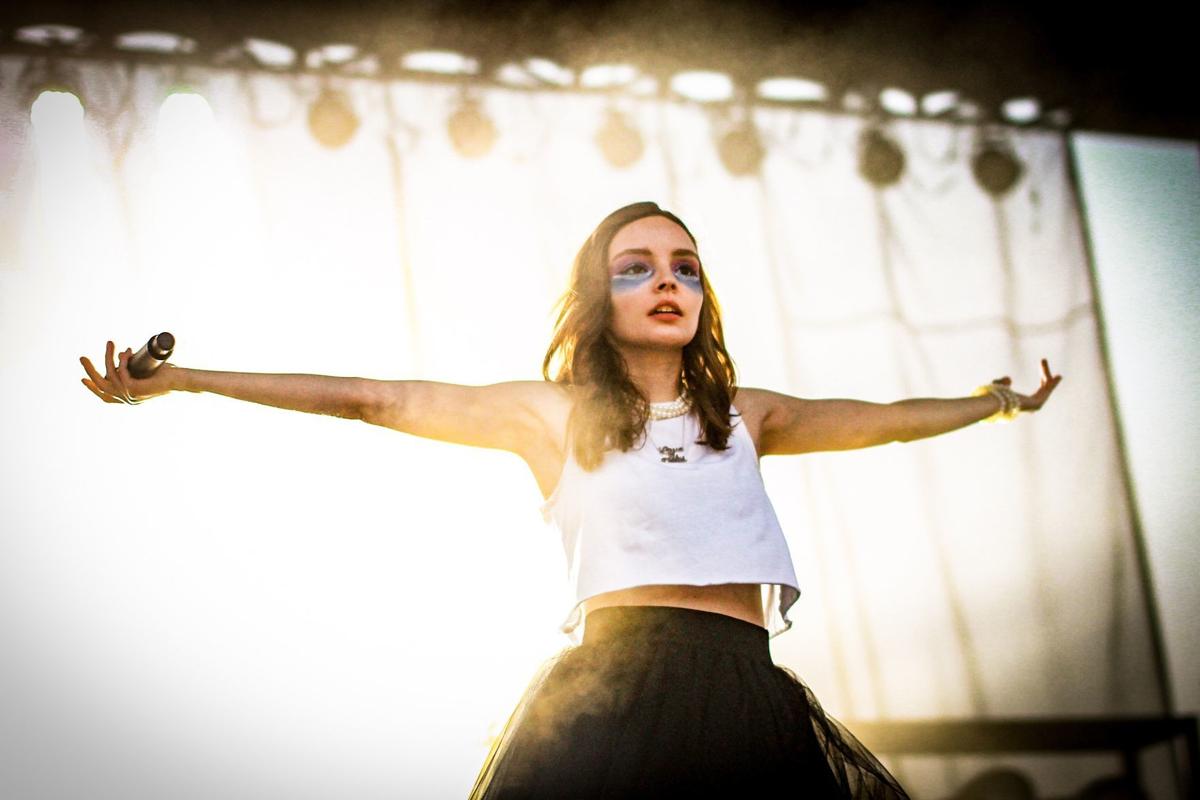 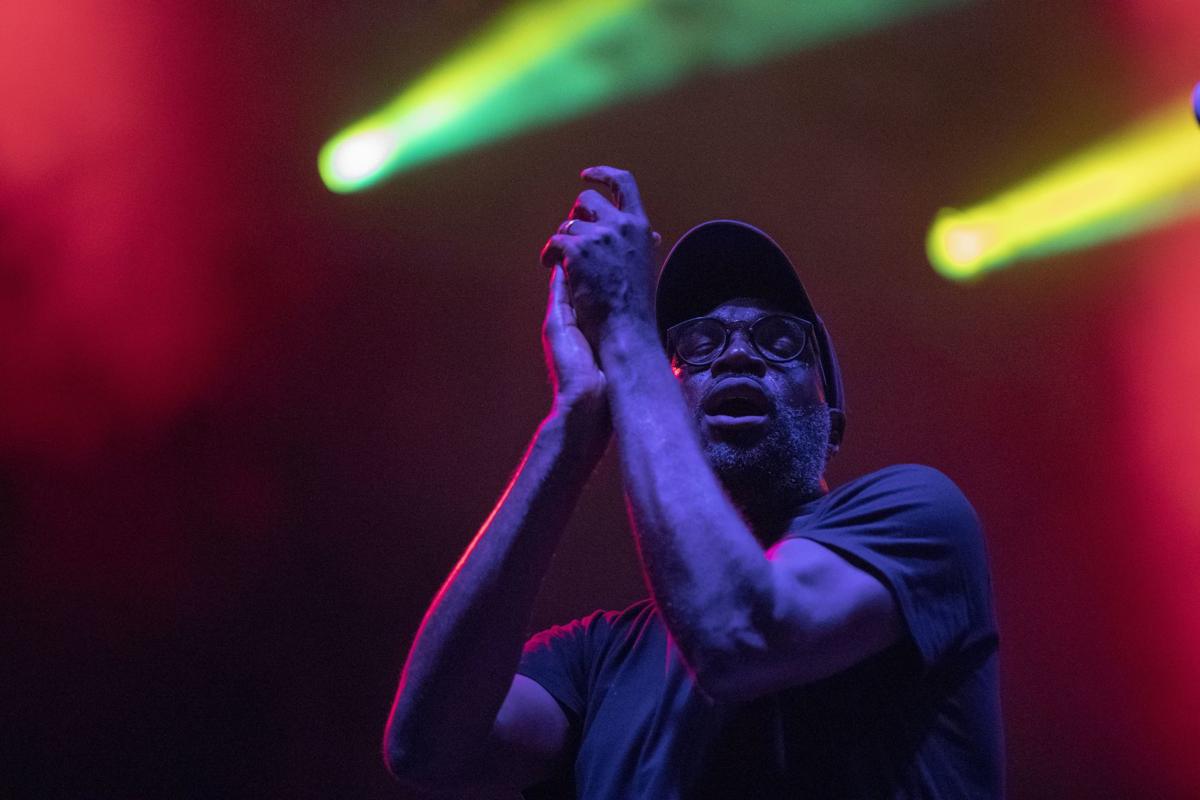 Tunde Adebimpe performs with TV on the Radio at Maha Music Festival on Aug. 17, 2018. 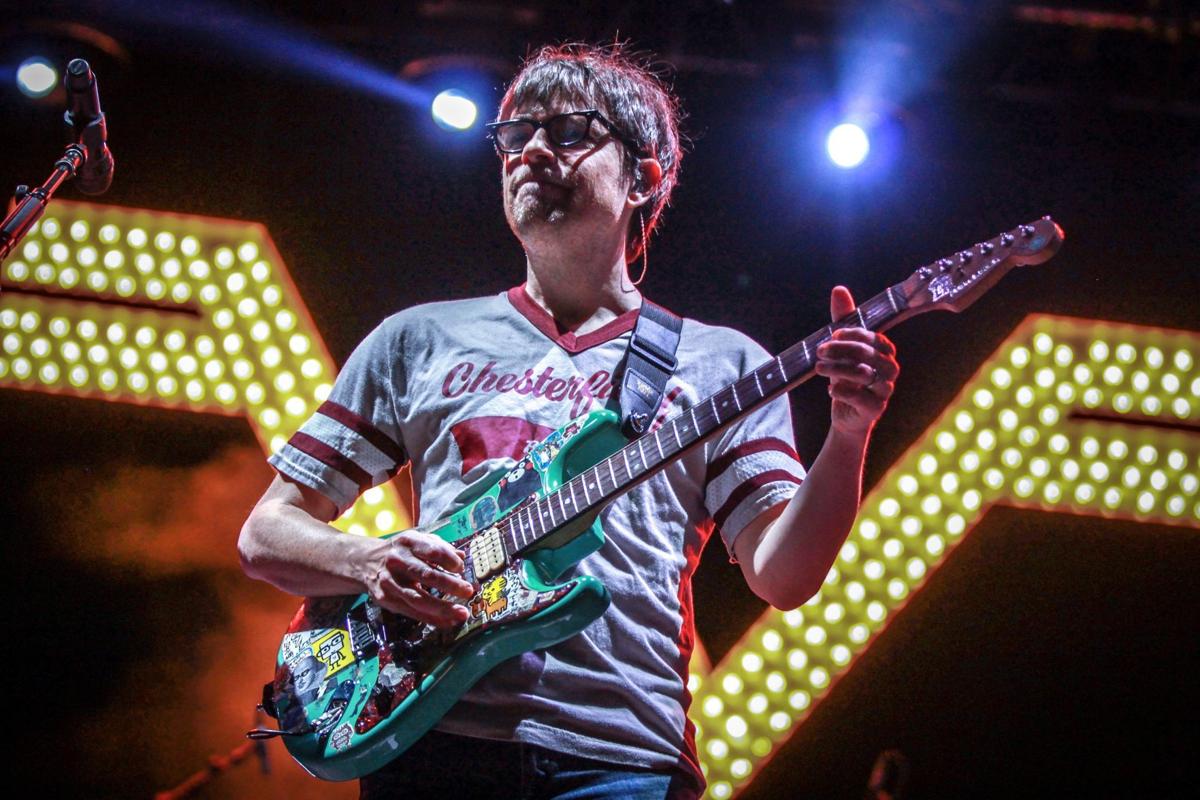 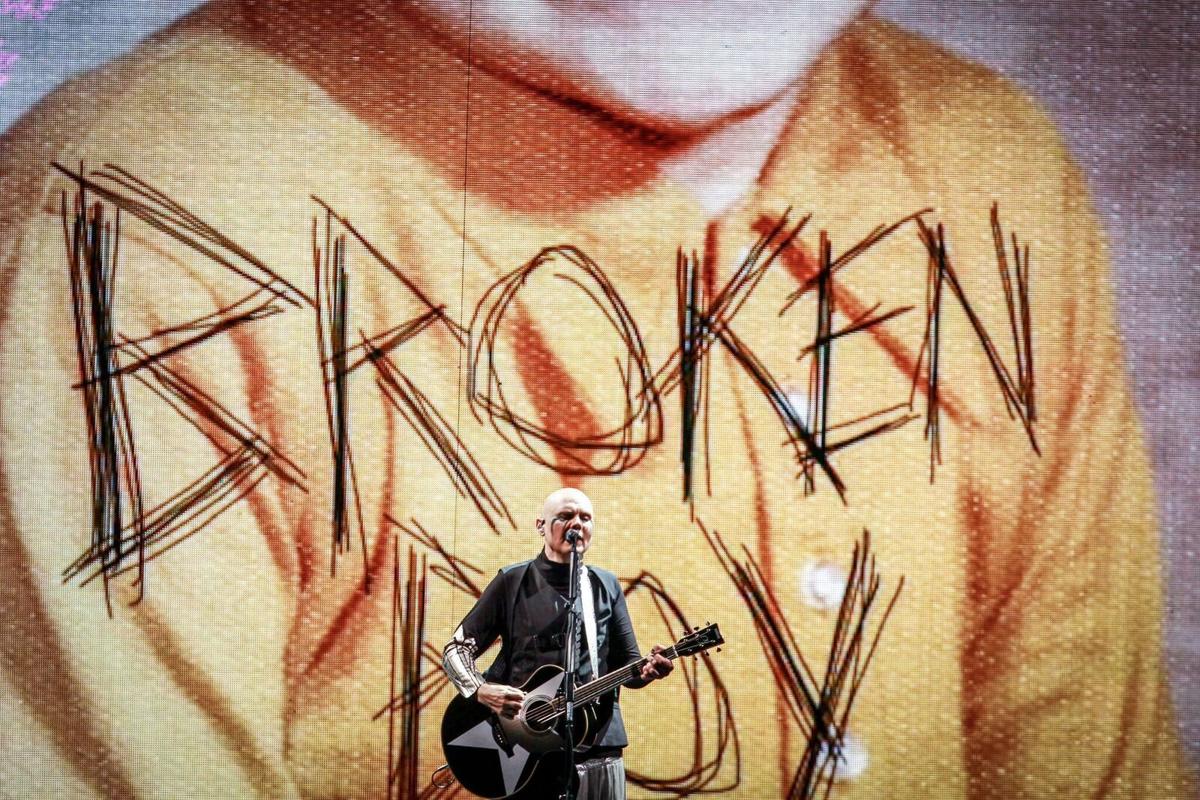 Billy Corgan of the Smashing Pumpkins performs at CenturyLink Center Omaha on Aug. 20, 2018. 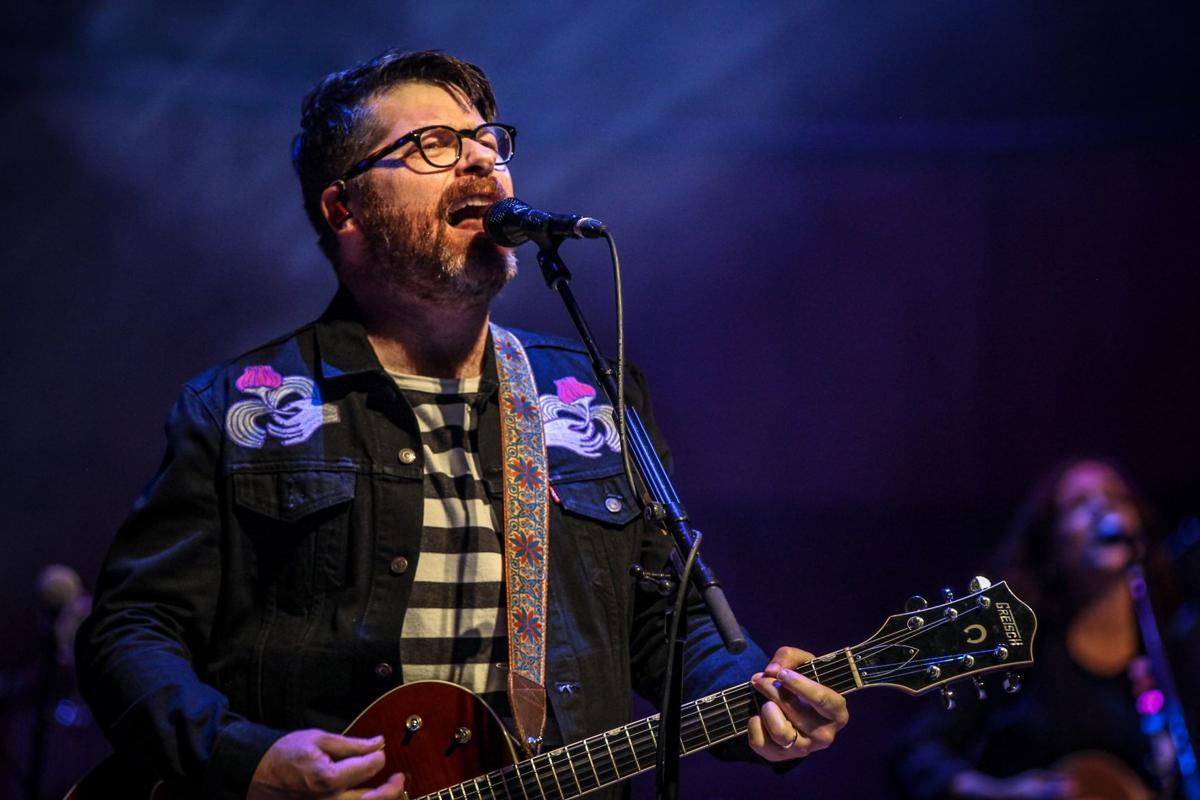 The Decemberists perform at the Holland Performing Arts Center on Oct. 1, 2018. 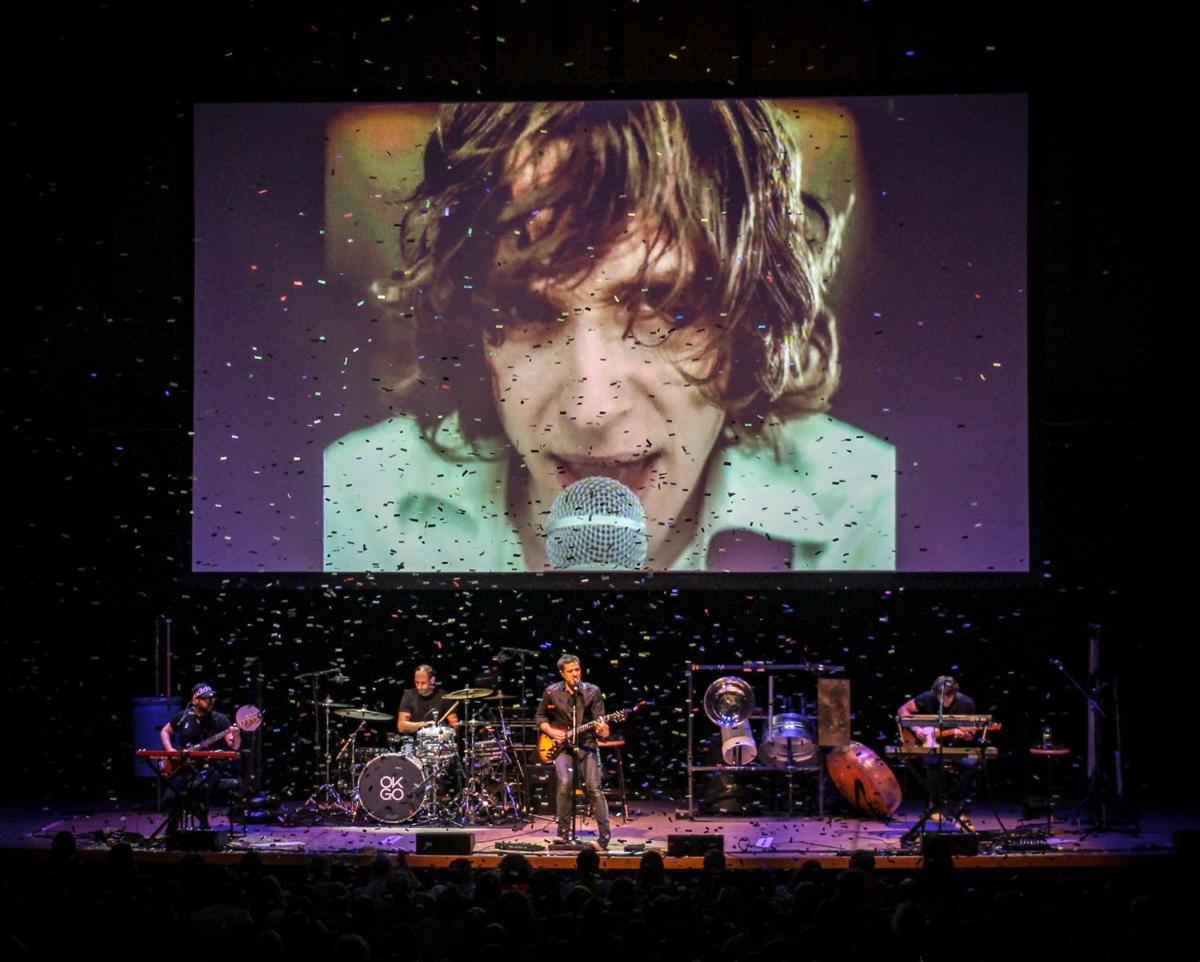 OK Go showed its videos and played along in one of the year’s most creative shows, at the Holland Performing Arts Center on Oct. 19. 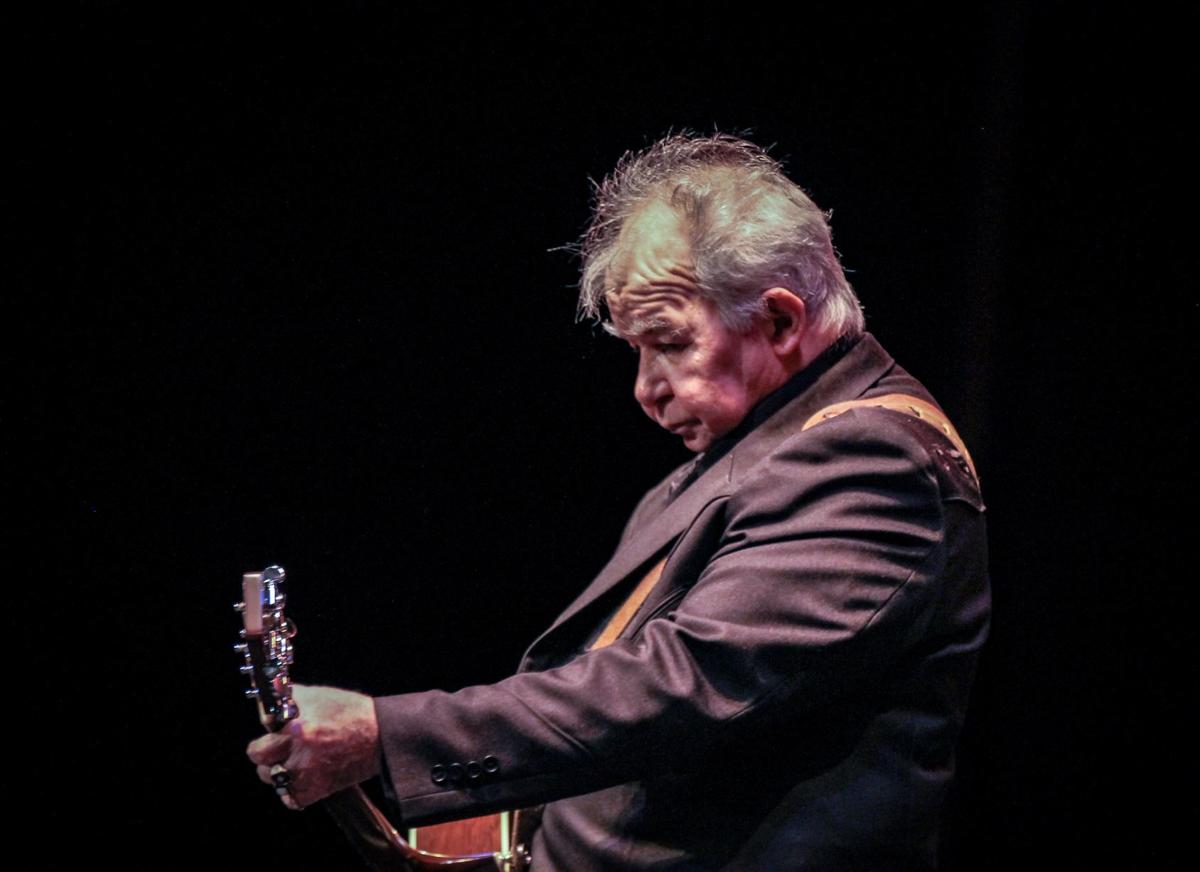 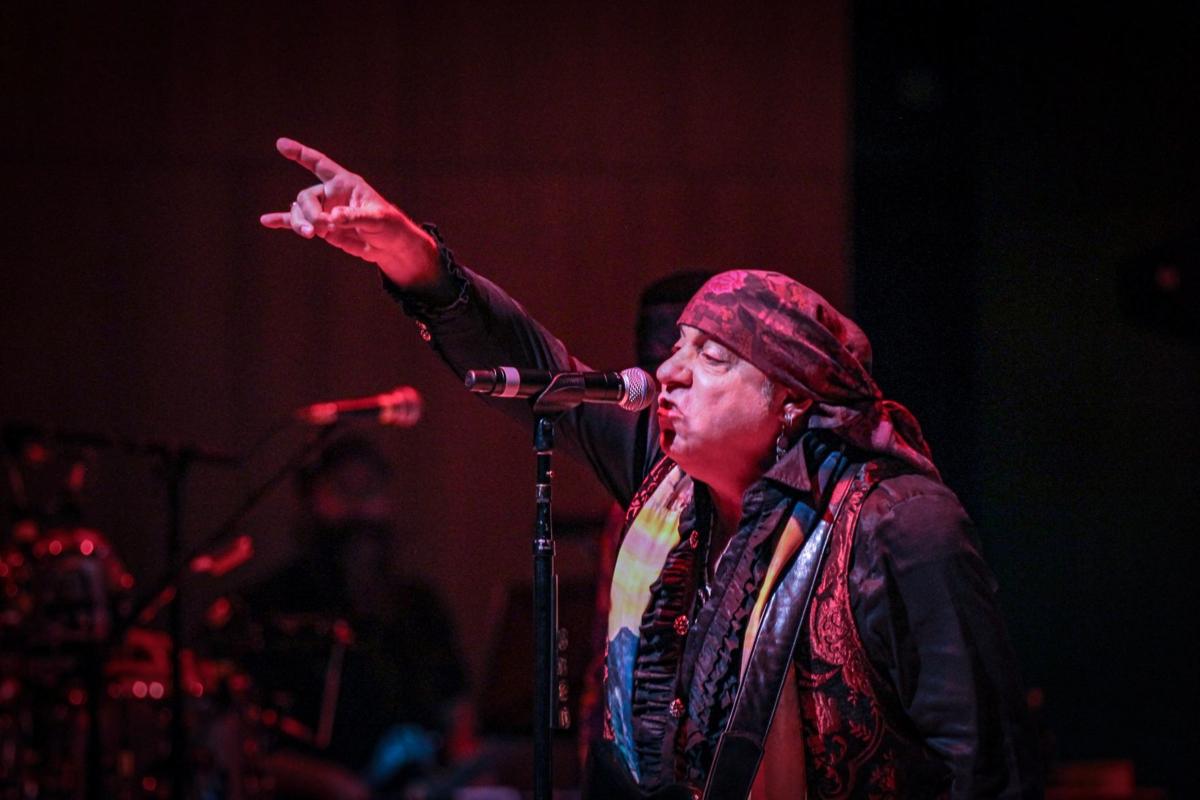 It’s hard to pick a favorite.

When you go to show after show after show, they all start to blend together. And when an artist is big enough to be playing arenas or theaters, they’re usually pretty good. Good enough, at least, to convince a few thousand people to buy tickets.

(Though there are exceptions.)

But 2018 was good in that it was hard to narrow my favorite shows down to just a few. I saw a lot of bands play a lot of sets at clubs, at theaters, at festivals, at street parties and at arenas.

These were the best.

With two sets, Annie Clark put on a dazzling display of pop and power and sex and anxiety. Clark was all alone on stage, and it allowed for her to be the lone focal point and touch on all of her skills — singing, guitar playing and songwriting — all at once.

What a night. In the end, I felt bad for modern country outlaw Cody Jinks, who was sent to the hospital. But he braved his illness as well as he could and played until he just couldn’t play any longer. Until then, he belted out songs about heartbreak and cigarettes, bad decisions and restless souls, playing guitars and chasing ghosts.

I’ll always ask for more pop artists to perform with the Omaha Symphony, but I expect someone like Ben Folds or Leslie Odom Jr. Enter rapper Wyclef Jean, who rapped about strippers with the symphony swinging behind him and played a guitar behind his head while symphony director Thomas Wilkins looked on. It was something to behold.

12. TV On the Radio at Maha Music Festival

A colorful, powerful set was on the line for TV On the Radio, which headlined the first day of Maha Music Festival’s two-day event. I thought I could die happy when they neared the end of the set with a funky cover of Aretha Franklin’s “Think.” And then they played “Staring at the Sun,” and it felt like a rocket taking off.

Honestly, I didn’t know what to expect. I had doubts. An old new wave band? Led by Boy George? Could it really be any good? Oh yes. Everything was a delight. The covers (“Just Dance” and “Addicted to Love” and others), the favorites (“Karma Chameleon,” for one) and even the new songs (“Let Somebody Love You”) was good. After that, I wanted nothing more than for Boy George to be my dear friend.

With the Pogues no longer a going concern, Flogging Molly and the Dropkick Murphys are the kings of Celtic punk. So when they arrived together at Stir Cove, it was time for a little Guinness and foot-stomping and green, white and orange flag-waving. It all came together when the Dropkicks played a cover of the Pogues’ classic, “Body of An American,” and their own “Shipping Up to Boston” as fans shouted, danced and raised what beer they had left in salute.

I saw them once, and it was not good. Fast forward to 2018, and the (mostly) reunited original band lineup swung through CenturyLink Center. It was epic. The band played more than three hours in a career-spanning set that saw frontman Billy Corgan looking like some kind of alien leader while also belting out fan favorites like “Cherub Rock” and “Soma.”

Weezer hit the stage hard. They played some of their biggest hits (“Buddy Holly,” “Beverly Hills,” “Hash Pipe”), and we were hooked. A massive crowd stuck with Weezer, the biggest band to ever play the fest, through lots more beautiful and bright power pop.

That band with the crazy videos did something special. They showed the videos and played along, sometimes acting things out the way they looked onscreen. Sometimes they explained how the videos worked. Sometimes they took questions. And once, they got the audience in on the show, asking fans to play melodies on their phones. It’s one of the most creative shows I’ve ever seen.

6. U2 at CenturyLink Center

Arena concerts often feel impersonal. It’s hard for a band to connect to 15,000+ people, especially when they’re, uh, one of the biggest rock bands of all time. But a unique production placed the band near everyone, and songs like “One” turned us into a well-practiced chorus. The way the band played it — being sort of everywhere at once — made it intimate.

A while back, pop and R&B singer Har Mar Superstar (aka Sean Tillman) did a one-off show where he sang Sam Cooke. And it was great, so he kept booking more shows. The usually ostentatious Har Mar was replaced by Tillman in a suit earnestly belting out Sam Cooke classics. And it was good. Damn good. I’d pay good money for a Har Mar Sam Cooke album.

On a gorgeous night in Benson, Scottish electro rock band CHVRCHES (pronounced “churches”) graced us with their Technicolor melodies and radiant songs. It was a perfect scene: a cool summer night, brick buildings, neon, the crowd losing it to “Clearest Blue.” Sign me up for more.

Most people missed this one. For any number of reasons, it wasn’t that well attended, but Steven Van Zandt and his pals cranked through rock and soul and blues for more than two hours. Those of us who made it will always have a story to tell about the time we saw a Rock and Roll Hall of Famer absolutely crush it.

It’s hard to describe exactly what The Decemberists do, but they do it so well. Easily labeled as folk rock, they also do this baroque pop thing mixed with extremely literary language and a certain sense of theatricality. And it all came together in a concert featuring the 15-minute epic “Mariner’s Revenge Song,” a singalong to “We All Die Young” and cheers to the fiery Nebraska apocalypse of “Calamity Song.”

The best concert I saw this year was John Prine’s, and I saw the singer-songwriter lean heavily on his new, fantastic album, “The Tree of Forgiveness,” as well as storytelling and a whole lot of old favorites like “Sam Stone” and “Angel From Montgomery.” I thought that’s what I’d be excited for, but a rousing version of “Lake Marie” had me on my feet and shouting about “shadows” and “peaceful waters.”

Best of the weekend: Here are 7 stories that you don't want to miss

World-Herald features writers chronicle their favorites from the past year.

The movie year was a triumph of volume, a year with a deep roster of good or very good films.