Dense Fog Advisory from 1:16AM CST SUN until 10AM CST SUN 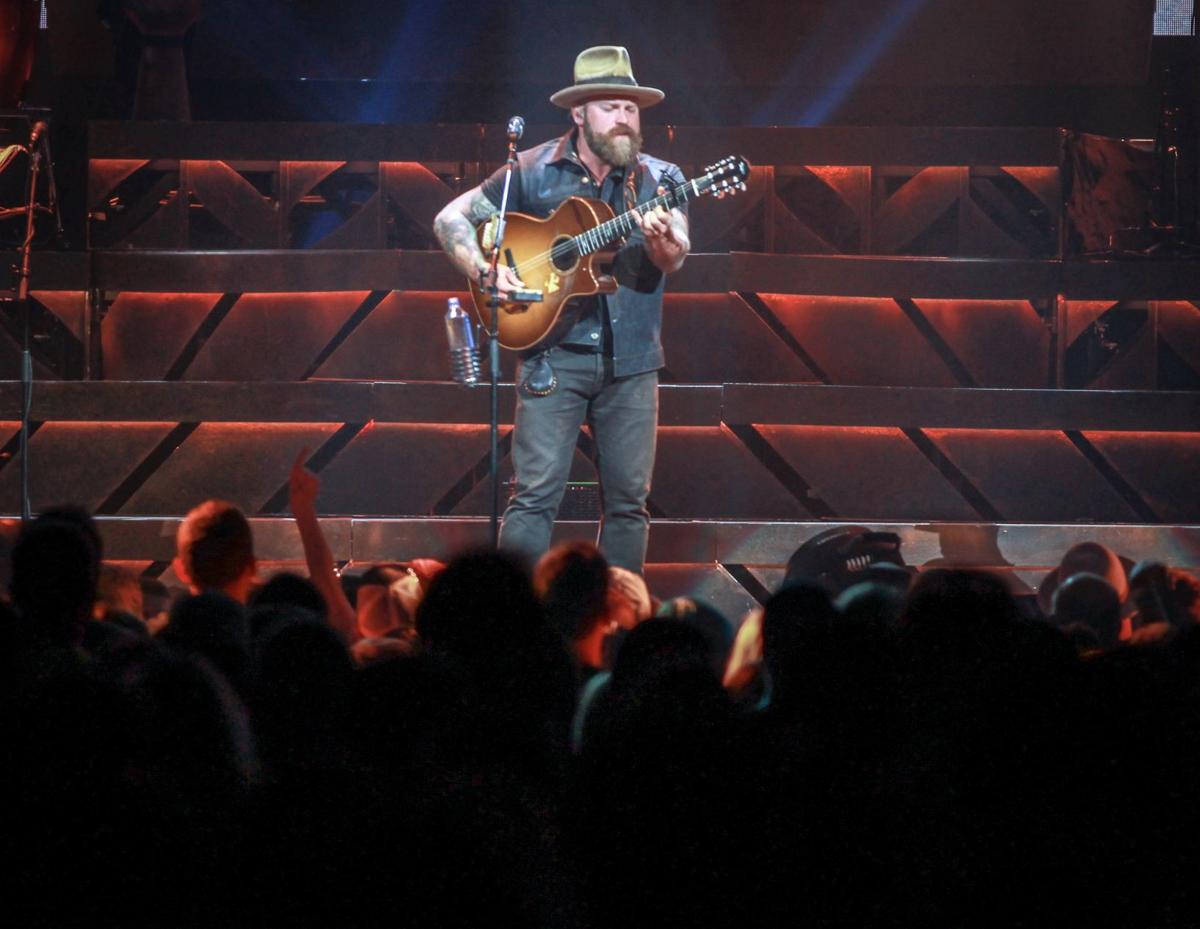 The Zac Brown Band kicked off its 2018 tour Friday before a sold-out crowd at Pinnacle Bank Arena in Lincoln. 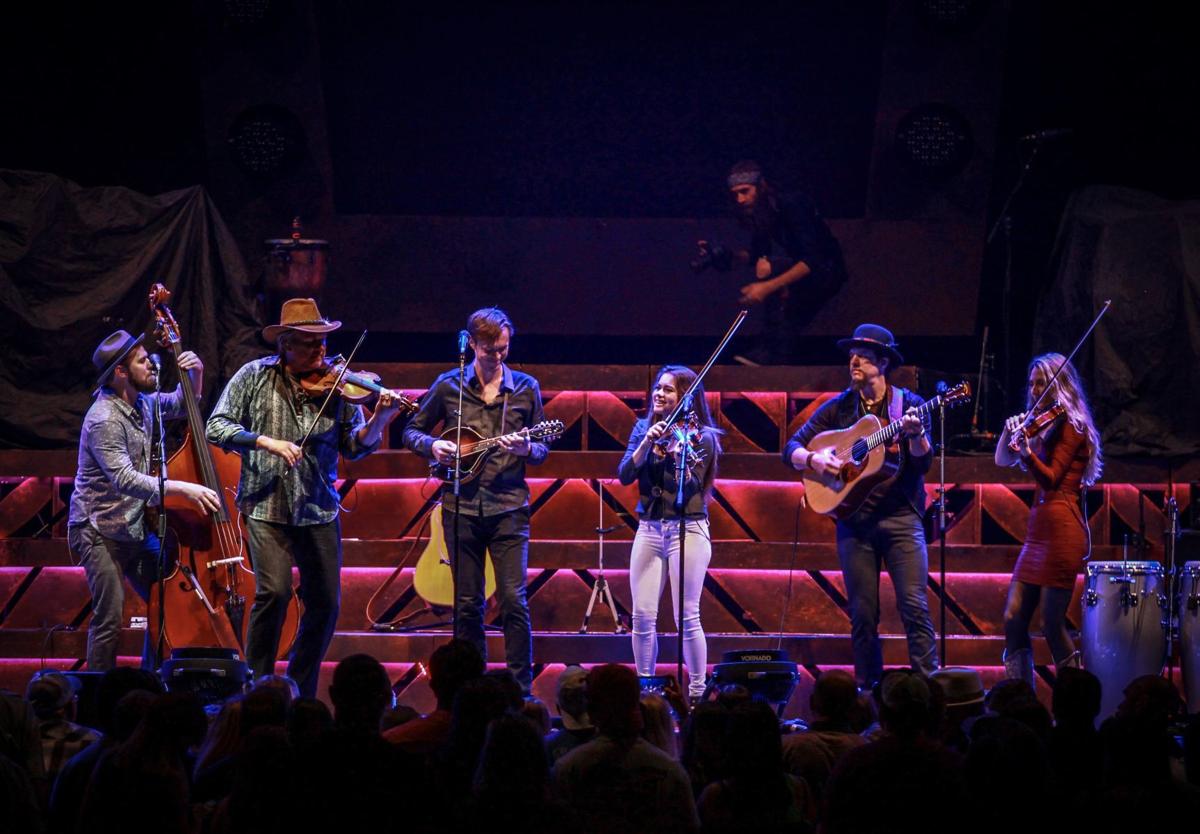 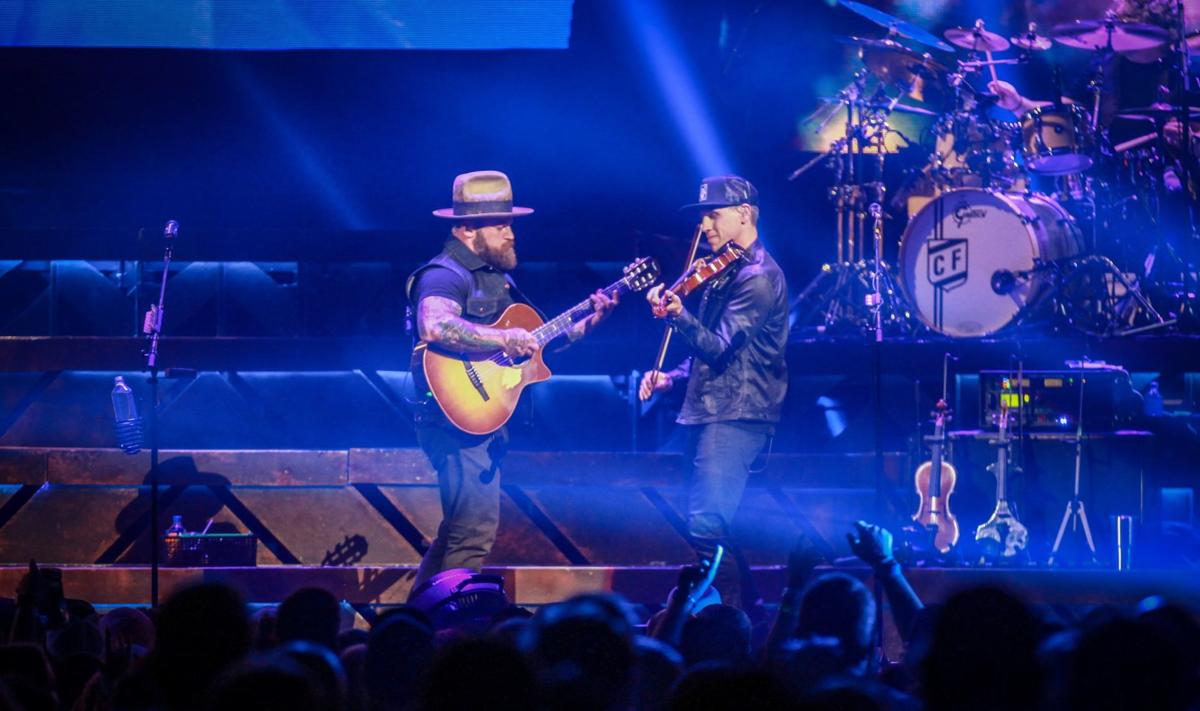 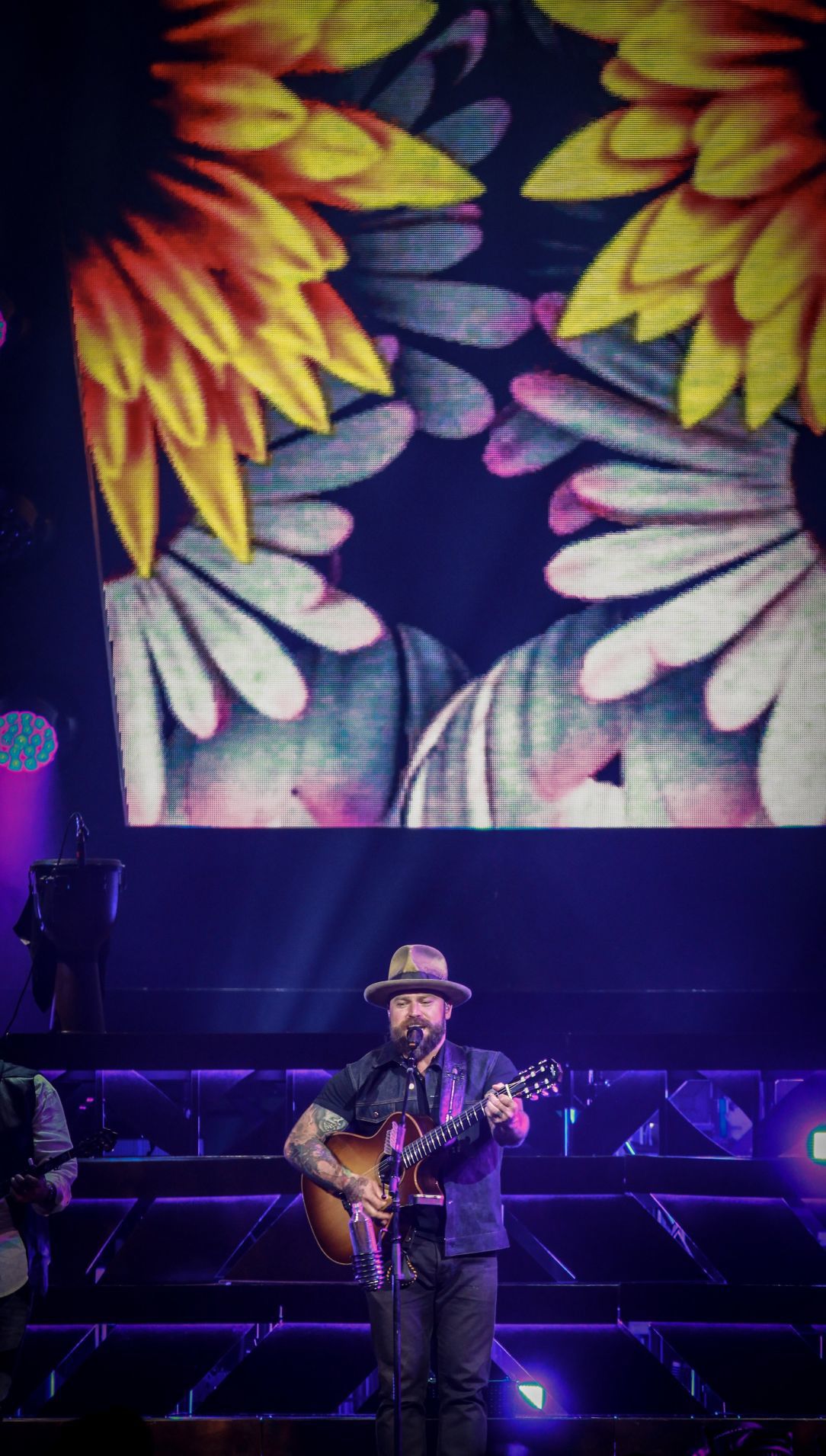 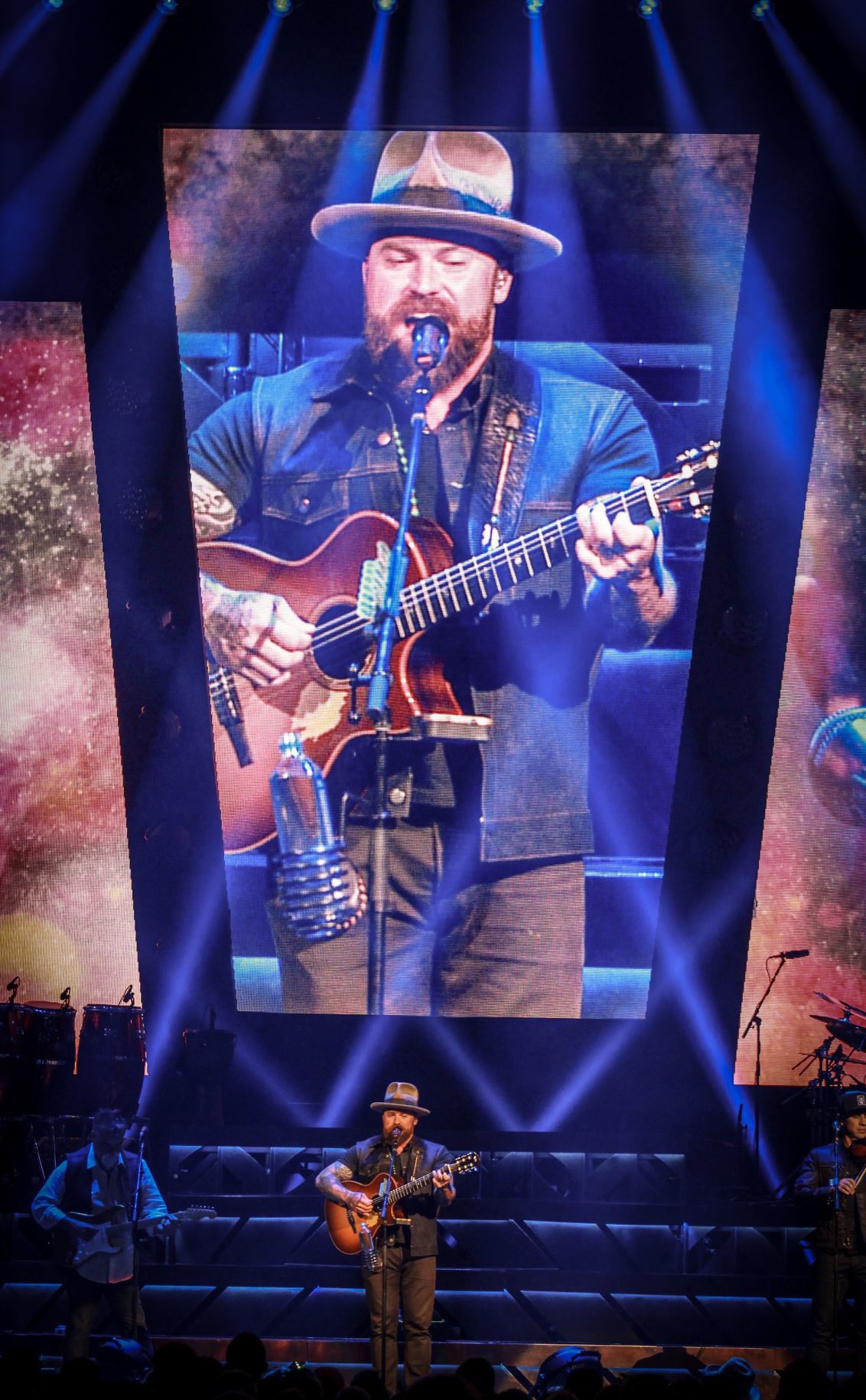 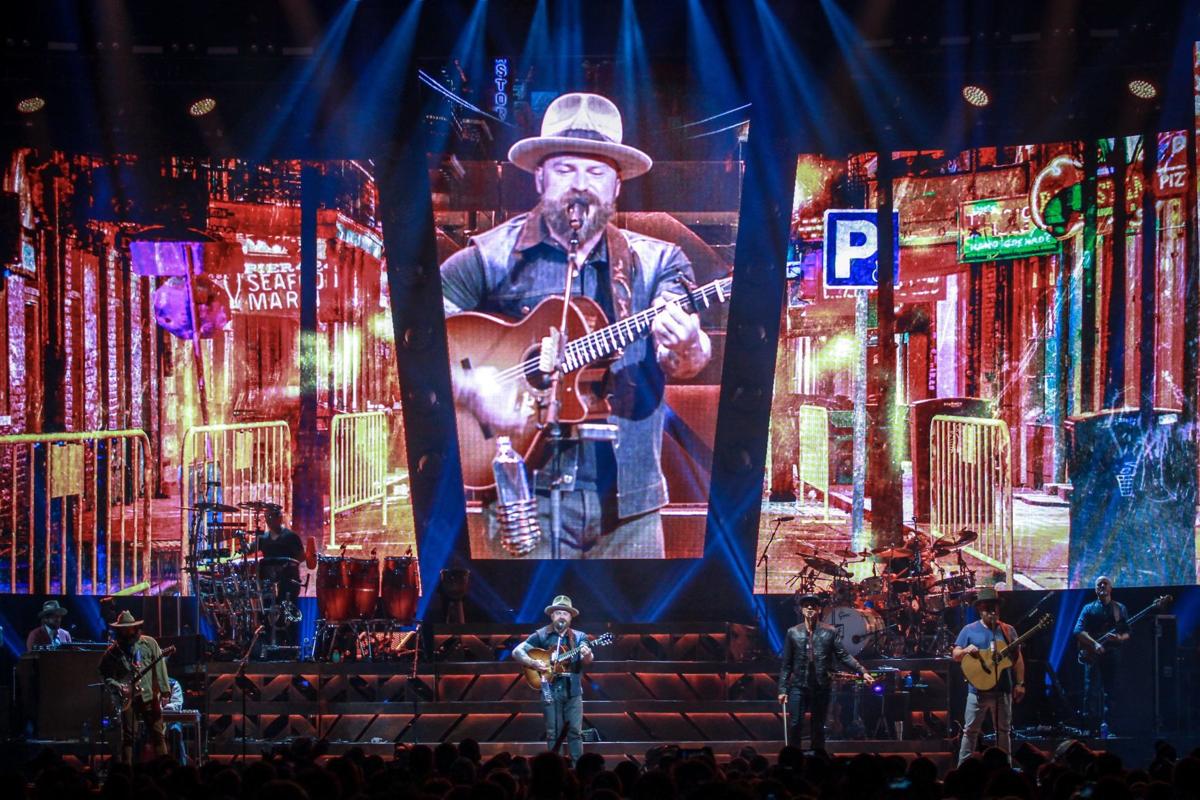 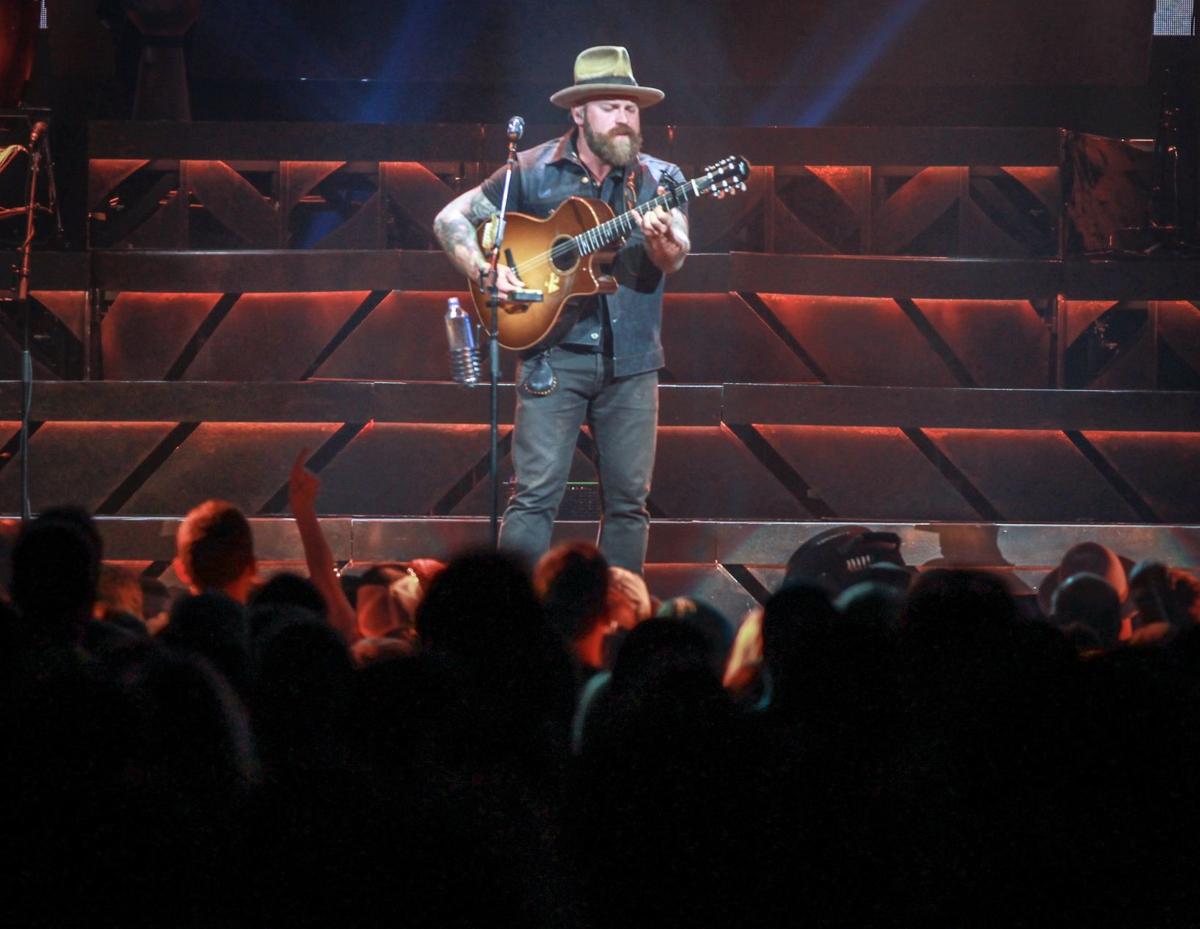 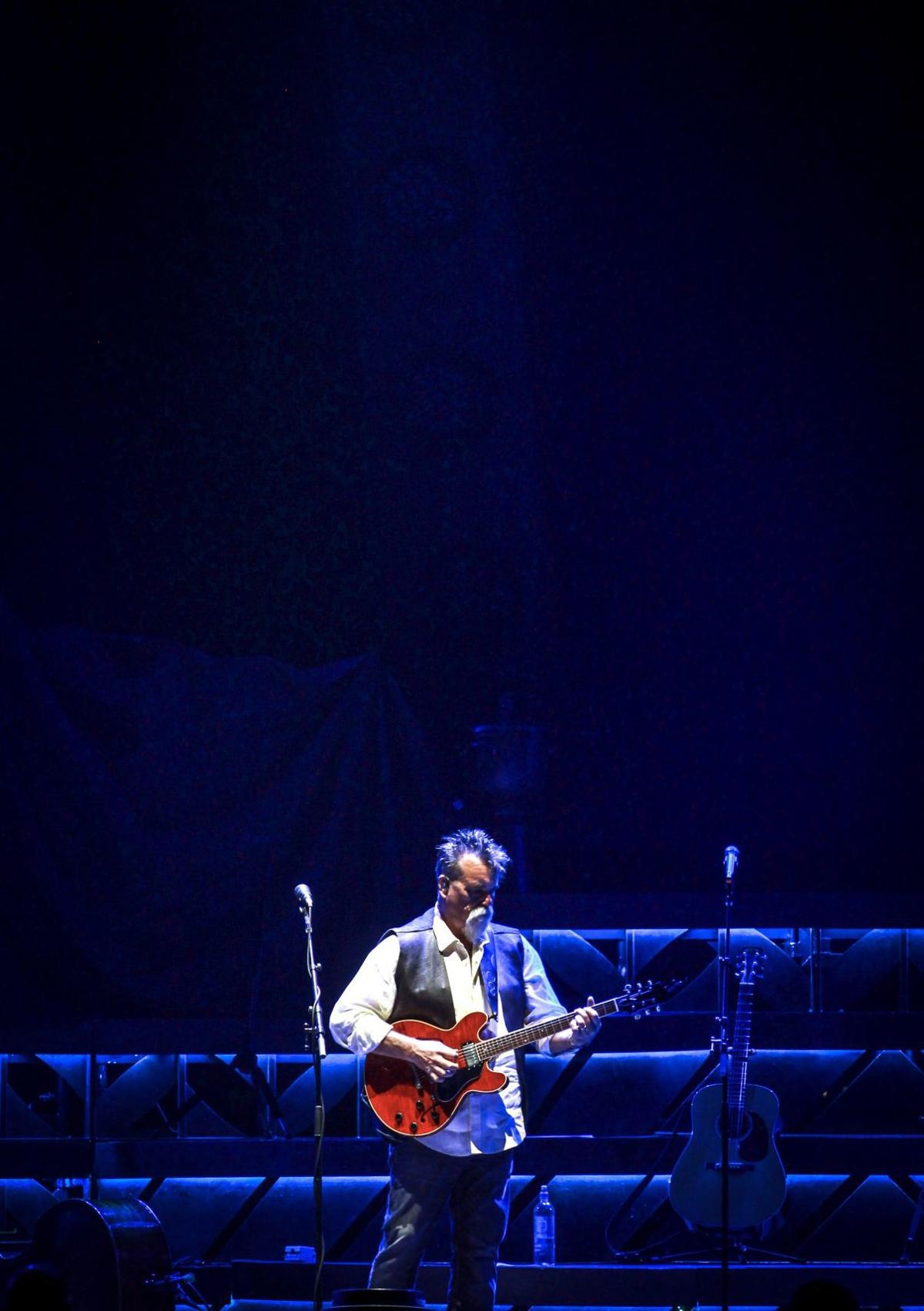 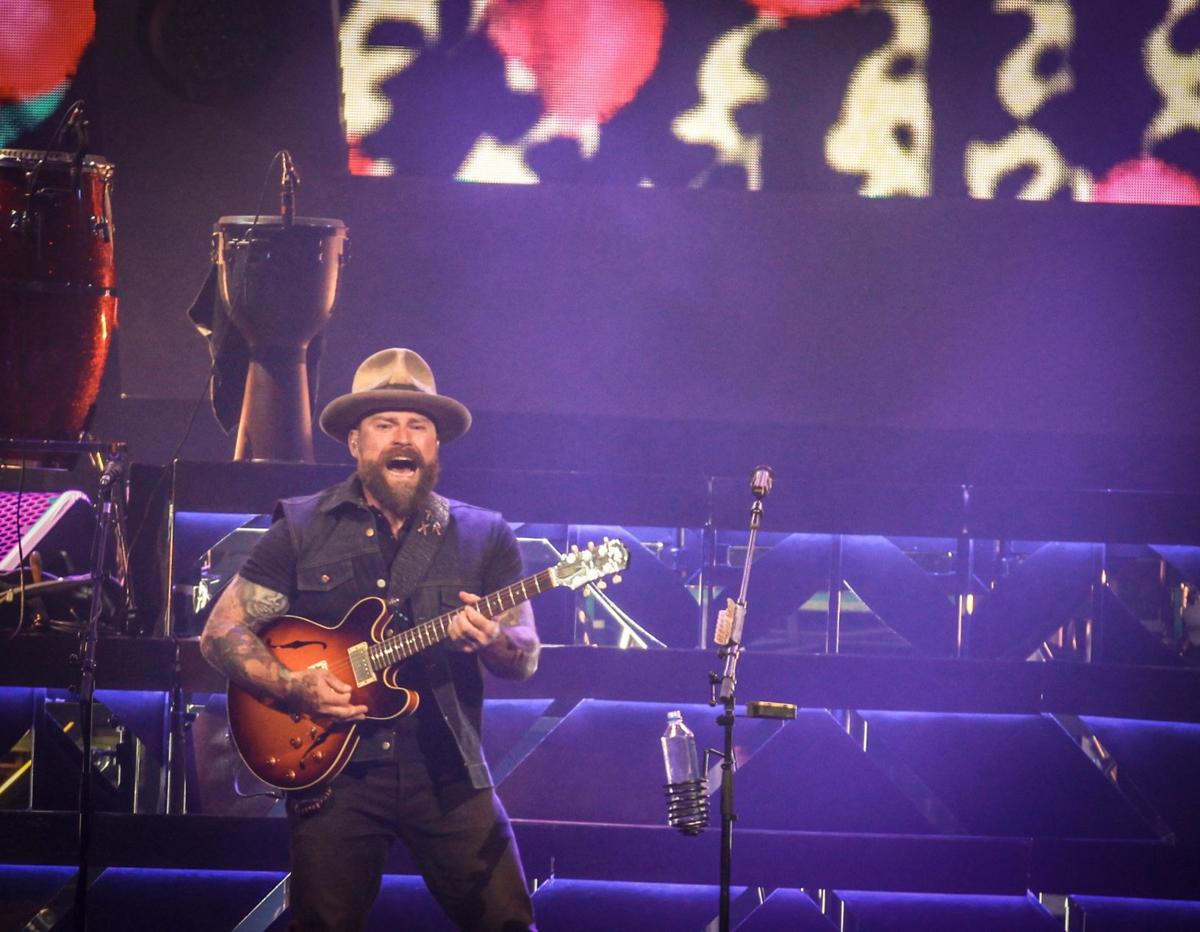 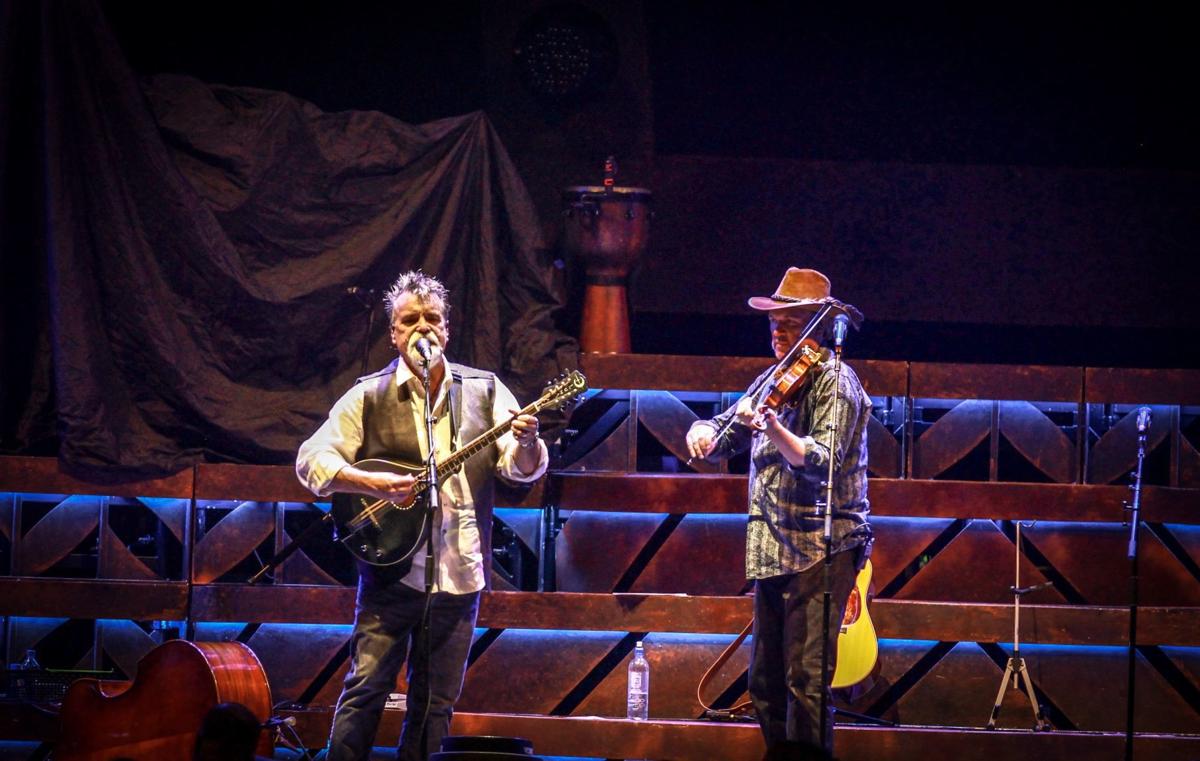 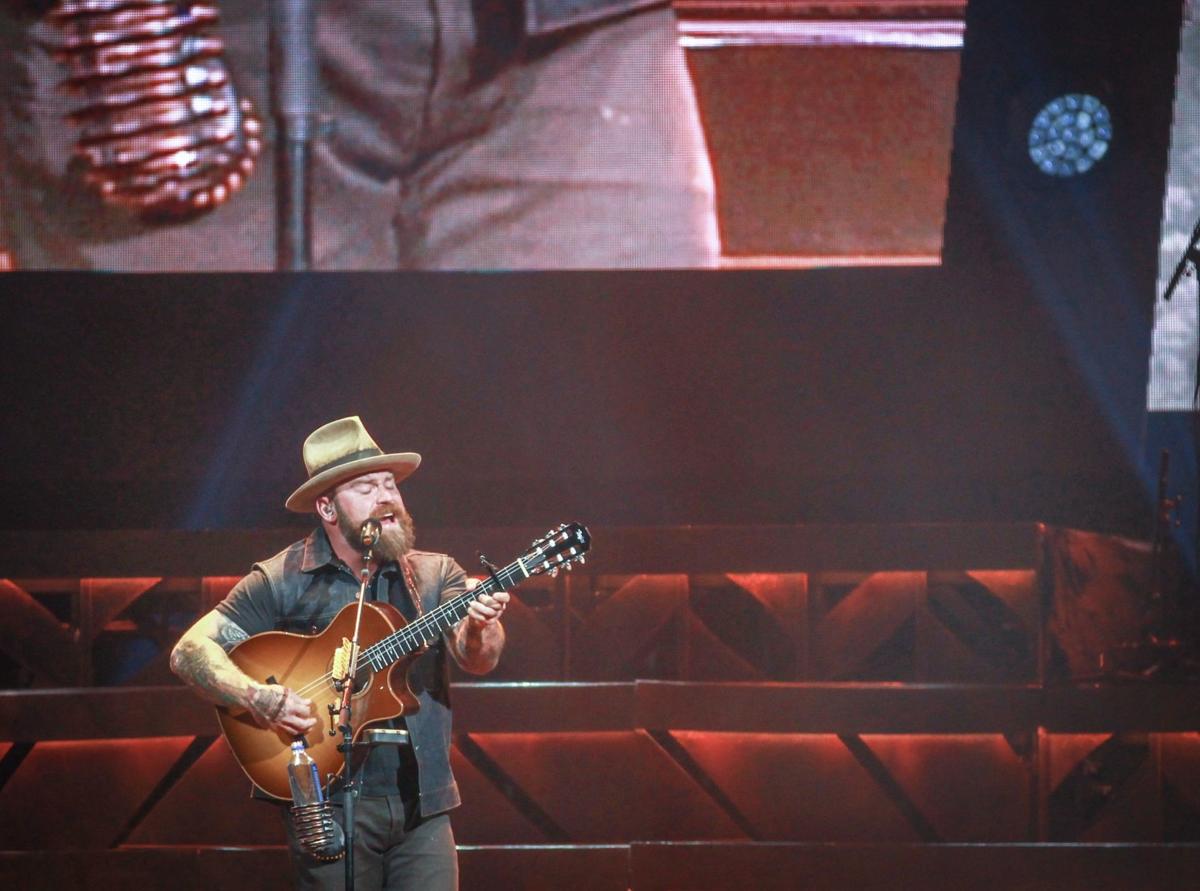 The Zac Brown Band kicked off its 2018 tour Friday before a sold-out crowd at Pinnacle Bank Arena in Lincoln.

LINCOLN — Zac Brown took us on a trip.

The frontman of his namesake band took the crowd by the hand and pulled them along for more than two hours Friday, showing off the hit country band’s own music and that of its many influences.

Brown and his pals kicked off the band’s 2018 tour at Pinnacle Bank Arena, performing a brand-new set of songs for the first time.

“This is the first night of this tour,” Brown said, describing the new “Down the Rabbit Hole” outing. “You’re gonna get a taste of all of our taste and background through the night.”

Designed to showcase the group’s whole catalog and how they ended up making all of that music at all, the show included some surprising selections.

Of course, the band played its many hits such as “Knee Deep,” “Chicken Fried” and “Colder Weather,” the latter complete with a Lincoln reference that made the crowd go wild.

No matter what Brown and his band performed, the response from the sold-out arena — a crowd of more than 12,000 — was enthusiastic.

But though the covers were solidly performed by the talented nine-piece band, they were often very interesting choices.

Brown and his buds wove Van Morrison into “Free,” played a couple of Beatles tunes and mentioned the late Avicii as an influence on “Tomorrow Never Comes.”

When it worked, it worked wonderfully. Even though it was the epitome of ’70s and ’80s cheesiness, a medley of Dan Fogelberg’s “Leader of the Band,” Brown’s own “My Old Man” and Mike + The Mechanics’ “The Living Years” was quite a concept. Brown explained it was three ways to tell the same story.

But then when it didn’t work, it really didn’t.

Why did the band play Hozier’s “Take Me to Church”? Brown said he listened to Hozier’s album a lot, but it didn’t fit with the show and Brown’s velvety voice also didn’t fit the song. And why’d they do an admittedly expertly harmonized version of Billy Joel’s “For the Longest Time”? There are a bevy of better Joel tunes to consider. Why do a song from “The Greatest Showman”? I can’t imagine a reason other than novelty.

The forays into other people’s music presented some interesting ideas, but it ultimately felt self-indulgent. Did anyone really want to hear a second Beatles cover rather than No. 1 hits like “Toes” and “Highway 20 Ride”?

At least people got a show, and a novel one at that.

I will compliment them for an interesting idea. It was a great storytelling opportunity, and a few better selections may have elevated the show from pretty good to phenomenal.

Though known for his country hits, Brown’s tried a lot of different things, and that was apparent at Friday’s show.

Brown explained he doesn’t want to be pigeonholed.

“That’s what defines a real artist: somebody that made music and refused to be put in a box,” the frontman said. “Thank you all for following us on our journey.”

A setlist of favorites, hits and tracks treasured by the band members themselves guided the audience through a loose but powerful history of the Beach Boys’ half-century career.

I was at the concert also. I'm not a ZBB fanatic but am a casual fan. I am a live concert junkie and see 2 to 3 concerts per month in Omaha, Lincoln, Des Moines and elsewhere. I could not disagree more with the writer Kevin Coffey. The covers and whole concert worked exceptionally well. The Billy Joel acapella version of "For The Longest Time" was one of my favorites and it showed their vocal talent and musical range of performance. This was my girlfriends first ever ZBB concert and she left a huge new fan. Kevin, you need to quit working so hard to be critical and to try to sound intelligent. You working too hard at it to where it has the opposite affect. Try being authentic and genuine and find the enjoyment. I know the crowd disagreed with your perceptions and that should be evidence enough.