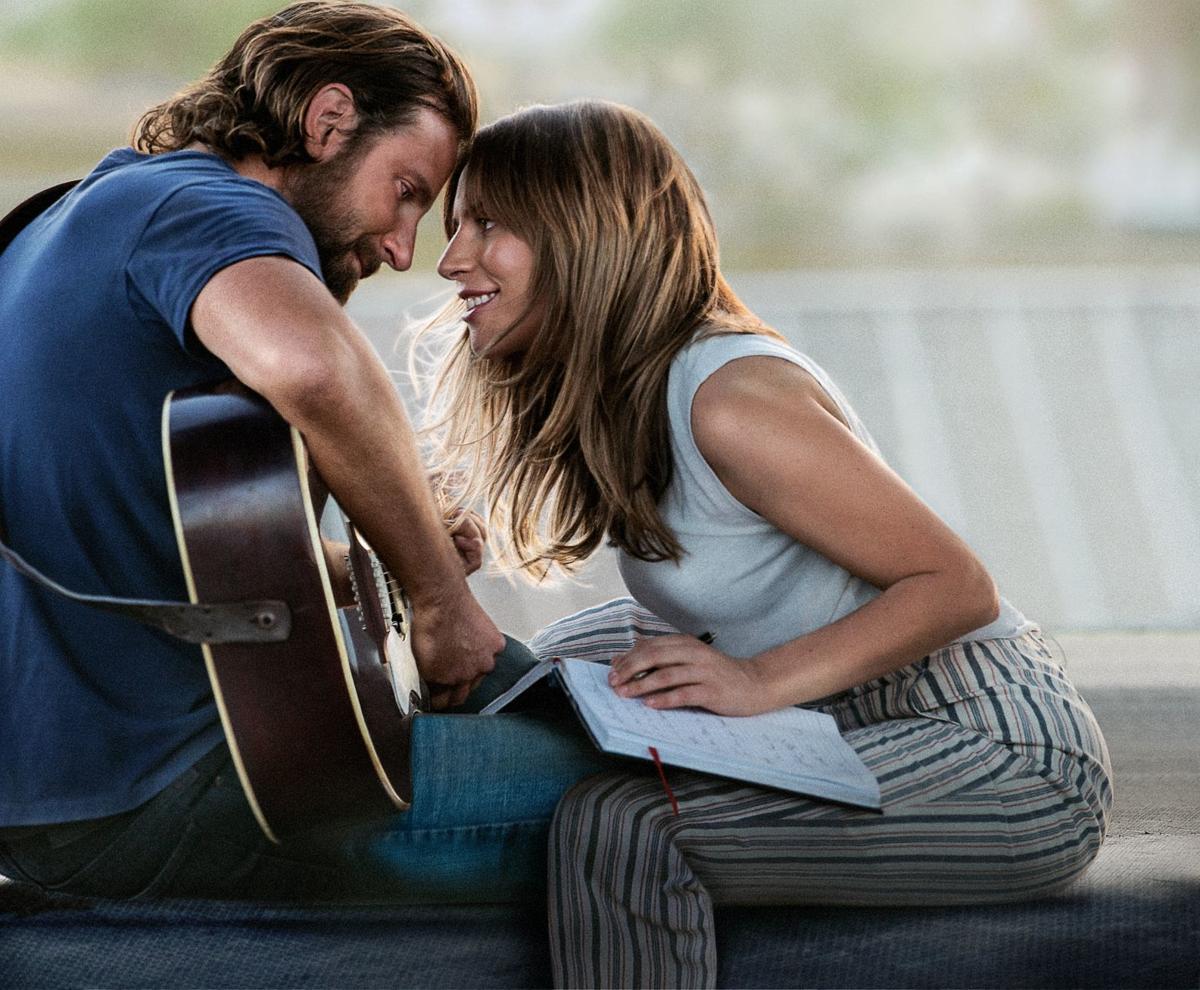 Bradley Cooper and Lady Gaga in “A Star is Born.” 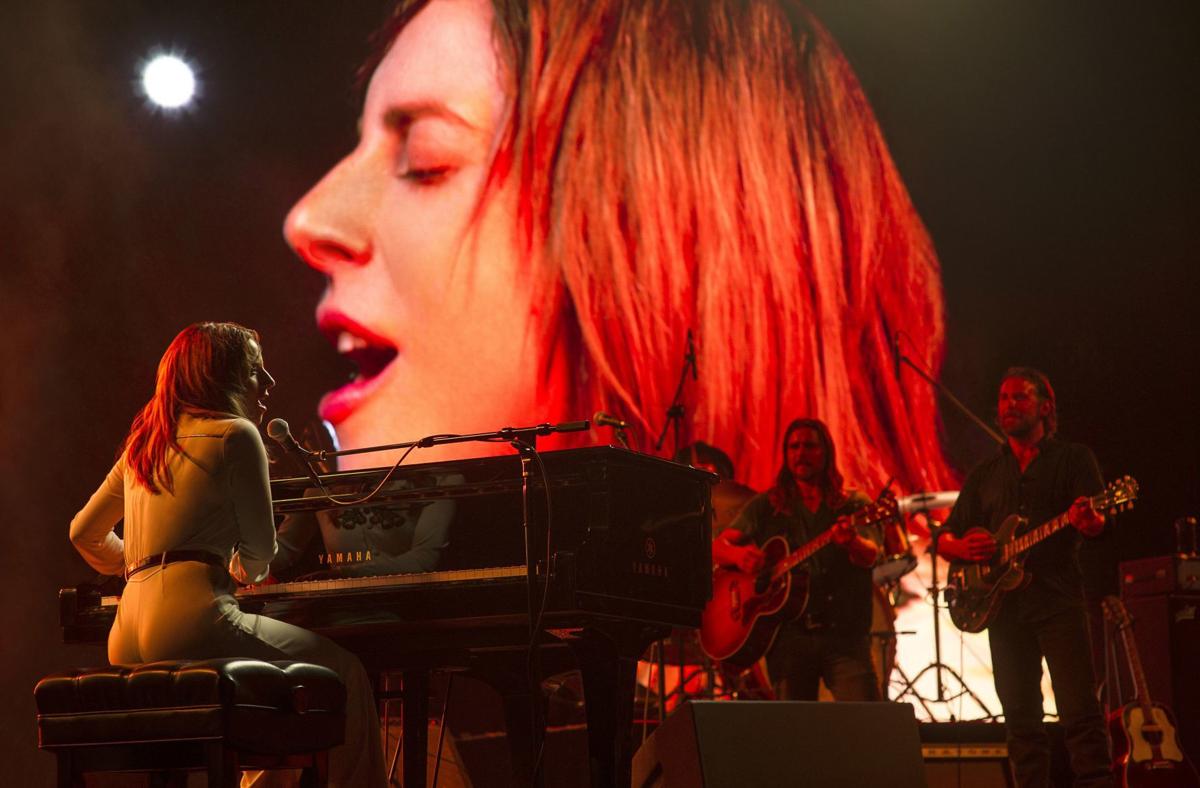 Lady Gaga performs a song in “A Star is Born.” 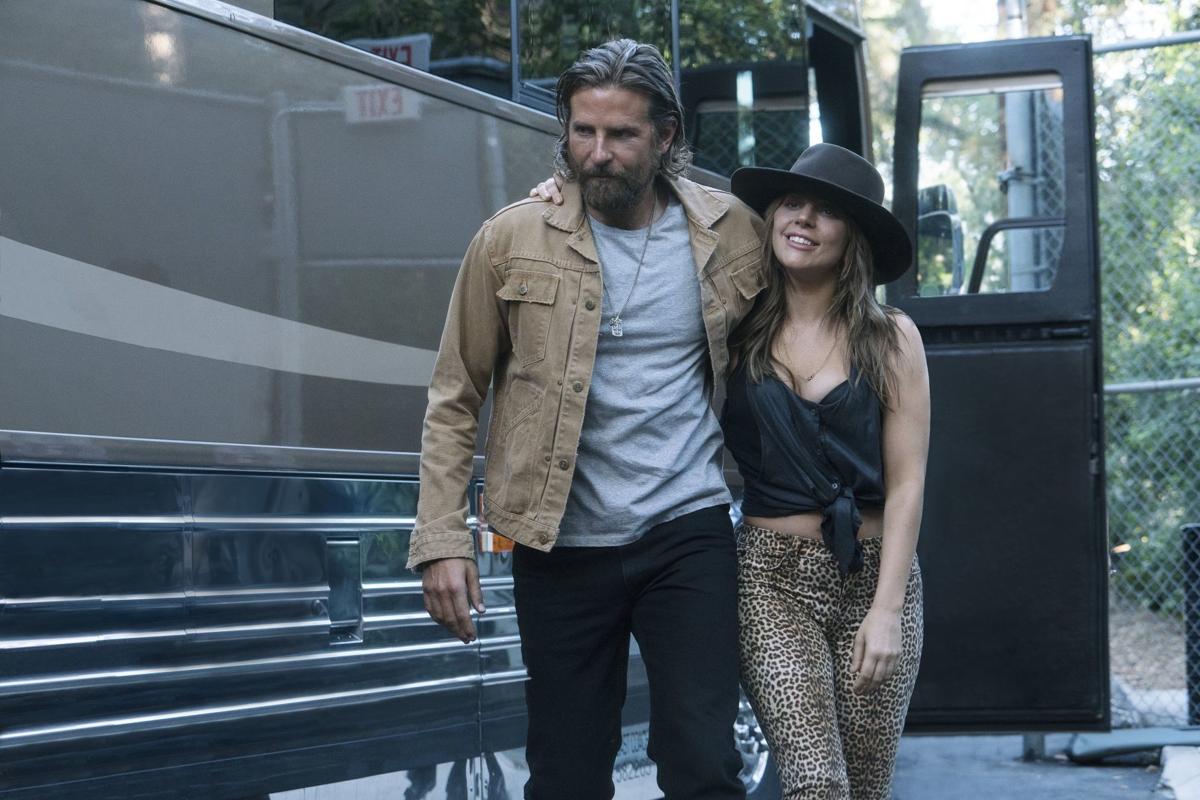 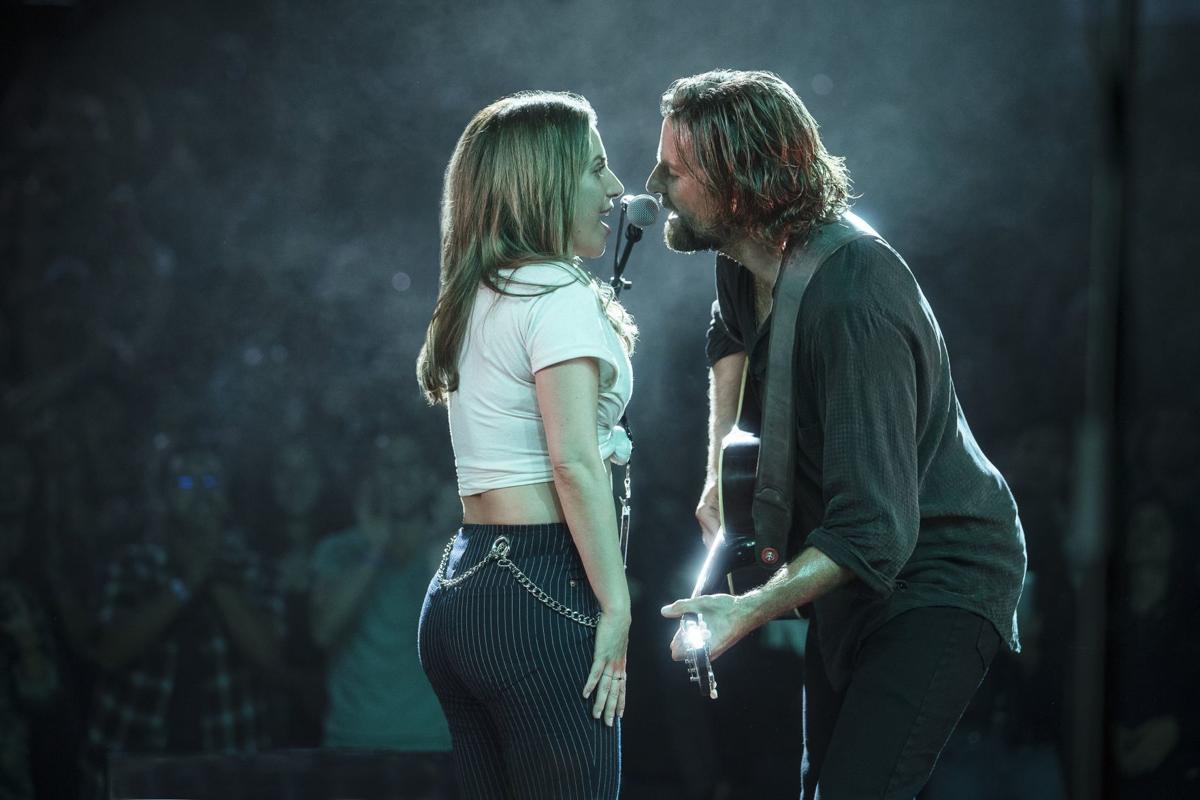 Lady Gaga and Bradley Cooper in “A Star is Born.” 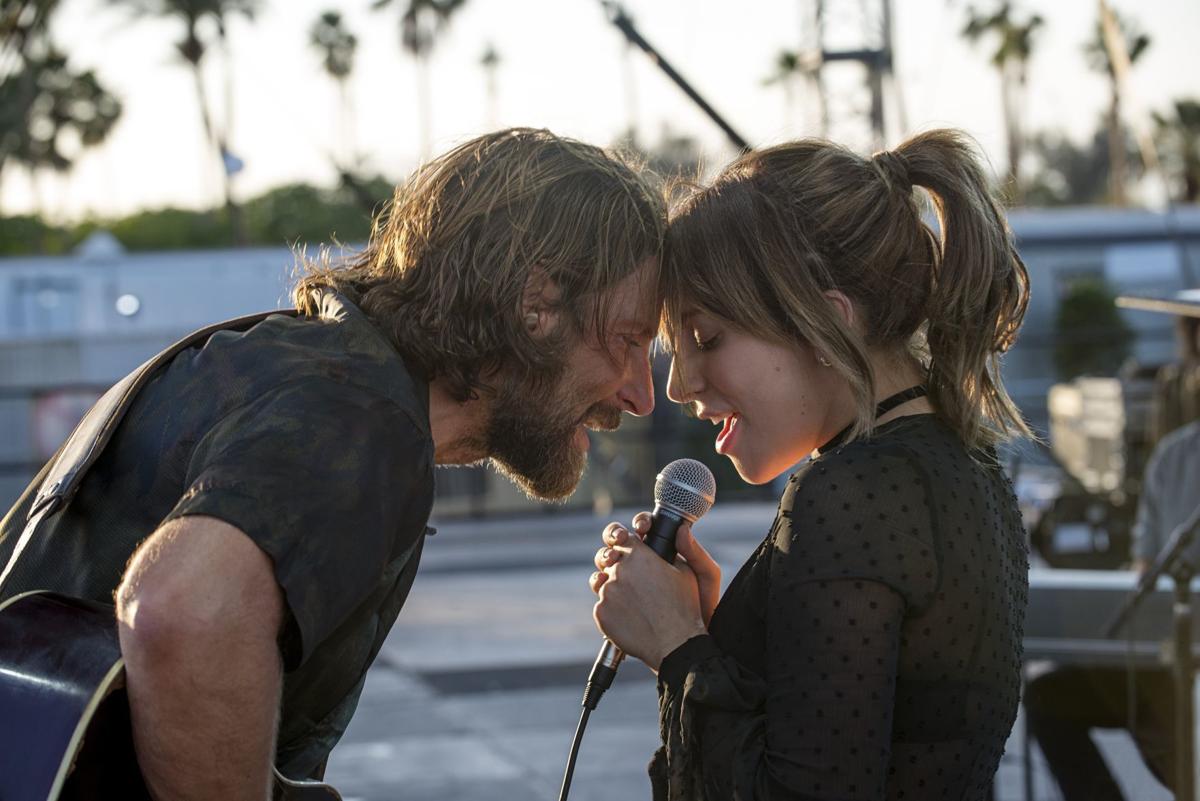 Expect both Bradley Cooper and Lady Gaga to be nominated for Oscars for “A Star is Born.”

Bradley Cooper and Lady Gaga in “A Star is Born.”

Lady Gaga performs a song in “A Star is Born.”

Lady Gaga and Bradley Cooper in “A Star is Born.”

Expect both Bradley Cooper and Lady Gaga to be nominated for Oscars for “A Star is Born.”

Like the “just wanted to take another look at ya” meme the Internet has already immortalized, Bradley Cooper and Lady Gaga’s “A Star Is Born” remake is sweet, goofy and irresistible in ways you can’t quite put your finger on.

There aren’t five seconds of it that aren’t utterly predictable — especially if you’ve seen the three previous iterations of this rags-to-riches tearjerker. But that’s much more of a feature than a bug. As the hype has suggested, this is strong stuff — a soaring, old-fashioned movie movie. But one with better acting and more artful direction than we had any right to expect.

I laughed like many others laughed when I heard that Cooper was making his directorial debut with a Gaga-starring country music remake of “A Star Is Born.” But then that trailer dropped and that song dropped and the critics wrote those breathless rave reviews and Oscar prognostications, and here I stand corrected. I still think this is an absurd idea for a movie. That it shouldn’t work. And yet I couldn’t help but love most every minute of the cheesy thing.

It’s a remake of the 1937 movie of the same name that also takes a few notes from the 1954 and 1976 versions. In this iteration, Cooper (who also co-wrote the script) plays Jackson Maine, a singer-songwriter whose mega-fame is on the wane. Jackson’s traditional sounds and look are more in the vein of a 1970s outlaw country star than a 2018 chart-topper who’s filling arenas. But that’s fine.

Jackson is also a drunk and drug addict, to the point where he can barely make it through a show. Before he takes the stage, he smashes up painkillers with the heel of his boot and snorts them. The guy’s a mess. The only thing holding him and his career together is his older brother and manager, Bobby (Sam Elliott).

To play Jackson, Cooper drops his voice an octave and gives his speaking rhythms the laconic gravitas of ground-down cowboy. He sounds a bit like Sam Elliott, in fact.

One night, after his stash of limo whiskey runs out, Jackson goes looking for a drink and winds up in a drag bar, where a young, aspiring singer-songwriter named Ally (Lady Gaga) is performing “La Vie en Rose.” Jackson is immediately smitten, both with Ally’s marvelous voice and the woman herself.

Thus begins a surprise first date that starts with Jackson autographing the breasts of a drag queen and ends with him sucking on Ally’s fingers in a grocery store parking lot. (And not exactly in a sexual way.)

Seeing the depth of Ally’s talent, Jackson invites her up on the stage one night, thrusting her into the spotlight and off into superstardom.

You know how this goes from here. They’ve already made the movie three times, after all. They fall in love. He comes apart. Her rise coincides with his fall.

But if Cooper’s playing the same notes, he’s at least hitting each of them perfectly (while adding a few of his own). For the past few years, Cooper has been obsessed with getting this movie just right — calibrating his performance (as an actor and a musician) and making sure his and Gaga’s chemistry felt real enough to make us care.

“A Star Is Born” really is the perfect movie to remake every few decades. Each new version can reflect its era’s particular textures of fame and showbiz and how each corrupts the creative process.

As Ally’s fame transcends Jackson’s own, he’s not jealous so much as he is disappointed. She’s a one-of-a-kind talent who actually has something to say, something true. But the marketing machine begins to blot out what makes Ally Ally, scrubs her of heart and authenticity. It’s no great revelation that fame and money can compromise creativity, but the film plays the old tune well, nonetheless.

But the movie is about 95 percent Gaga/Cooper, and both deliver tremendous, Oscar-worthy performances. Cooper sings and plays guitar better than you could have ever expected. And in Jackson, he gets one of his best roles, a broken-down old truck of a man who just can’t shake his demons, even if it means losing everything.

And Gaga. Gaga is just as good as they’re saying. Who knows what her range is beyond this movie, but she was born to play Ally, a character different than Stefani Germanotta (Gaga’s real name), but not that different. Surely, Ally’s rise to fame is influenced somewhat by Gaga’s own. This makes Ally’s story more poignant, and perhaps even serves as a window into Gaga herself.

The rise and fall of Ally and Jackson makes for a fine movie, the kind of movie people are talking about when they say, “They don’t make ’em like they used to.” Great music, great love story, etc., etc.

But “A Star Is Born,” good as it is, is perhaps upstaged by its staggering centerpiece: the moment when the star is, in fact, born.

Jackson surprises Ally by inviting her up onto the stage to sing her infectious ballad, “Shallow.” First she tells him no, then she timidly acquiesces and steps up to the mic, then she sings the song that’s going to win the Oscar next year.

And it’s just one of those moments. One of those things only the movies can do. A character triumphing in the most spectacular, goosebumps-raising way possible. It’s the kind of thing that helps viewers, however briefly, transcend their miserable lives.

In the scene, Gaga’s like Rocky knocking down Ivan Drago or Forrest Gump running off his leg braces or E.T. and Elliott taking flight in their bike. It’s an all-timer, the crescendo at the heart of what is already very good film.

Movie reviews from Micah Mertes in 2018

A Star Is Born

Rating: R for language throughout, some sexuality/nudity and substance abuse

Tamara Jenkins makes warm, funny films out of her own bleak, painful experiences.

Another over hyped Hollywood flop. Didn't even do as good as Venom.