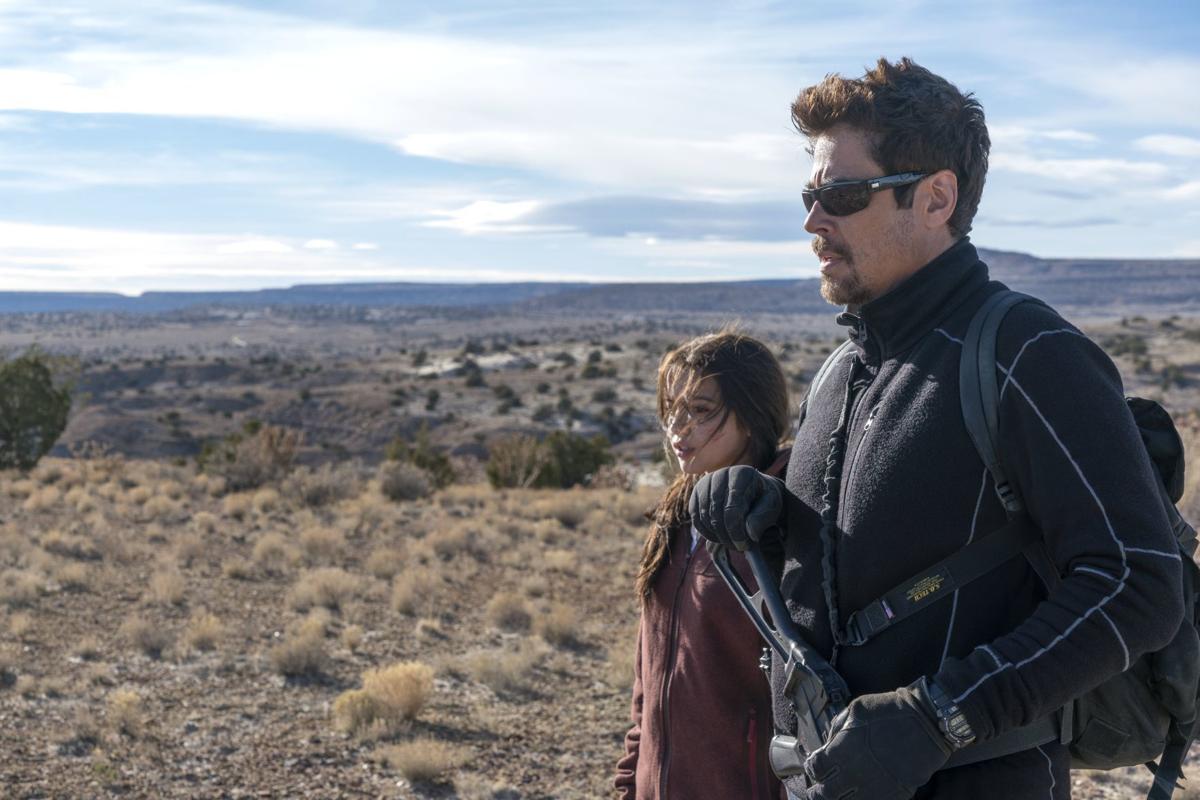 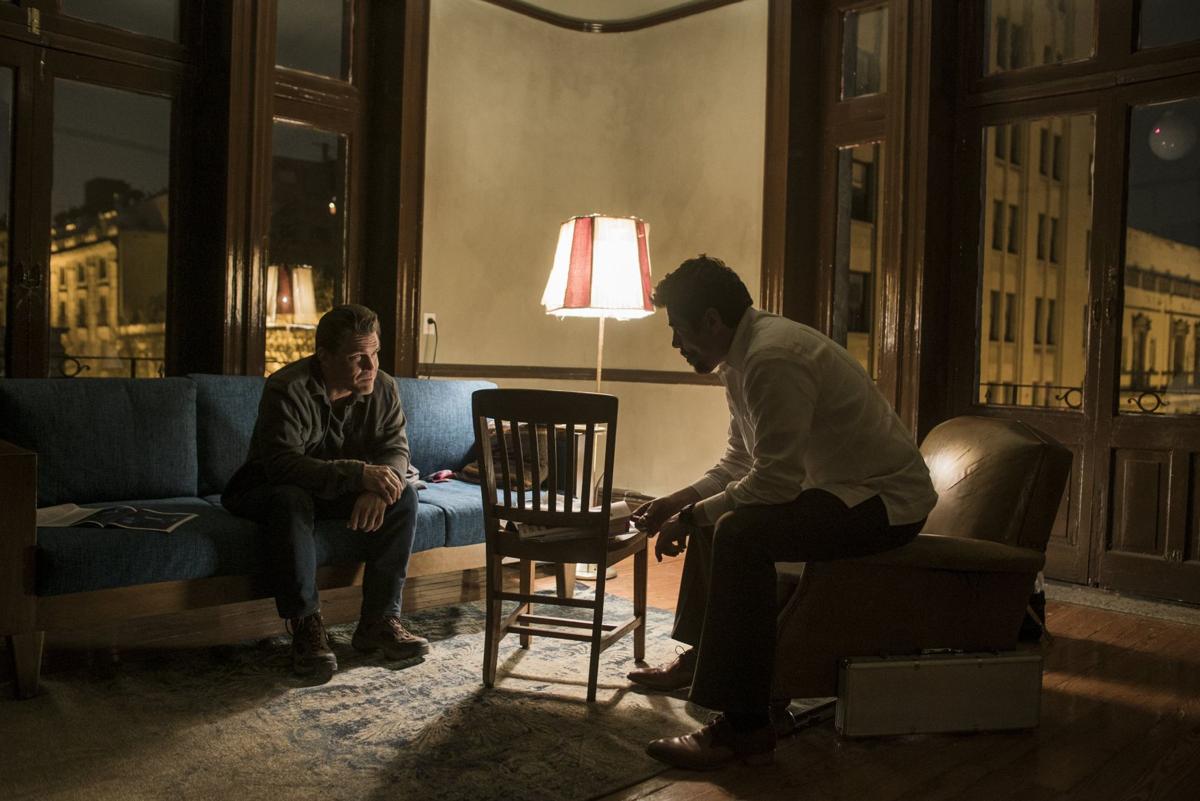 Josh Brolin and Benicio Del Toro work to start a war between drug cartels in “Sicario: Day of the Soldado.” 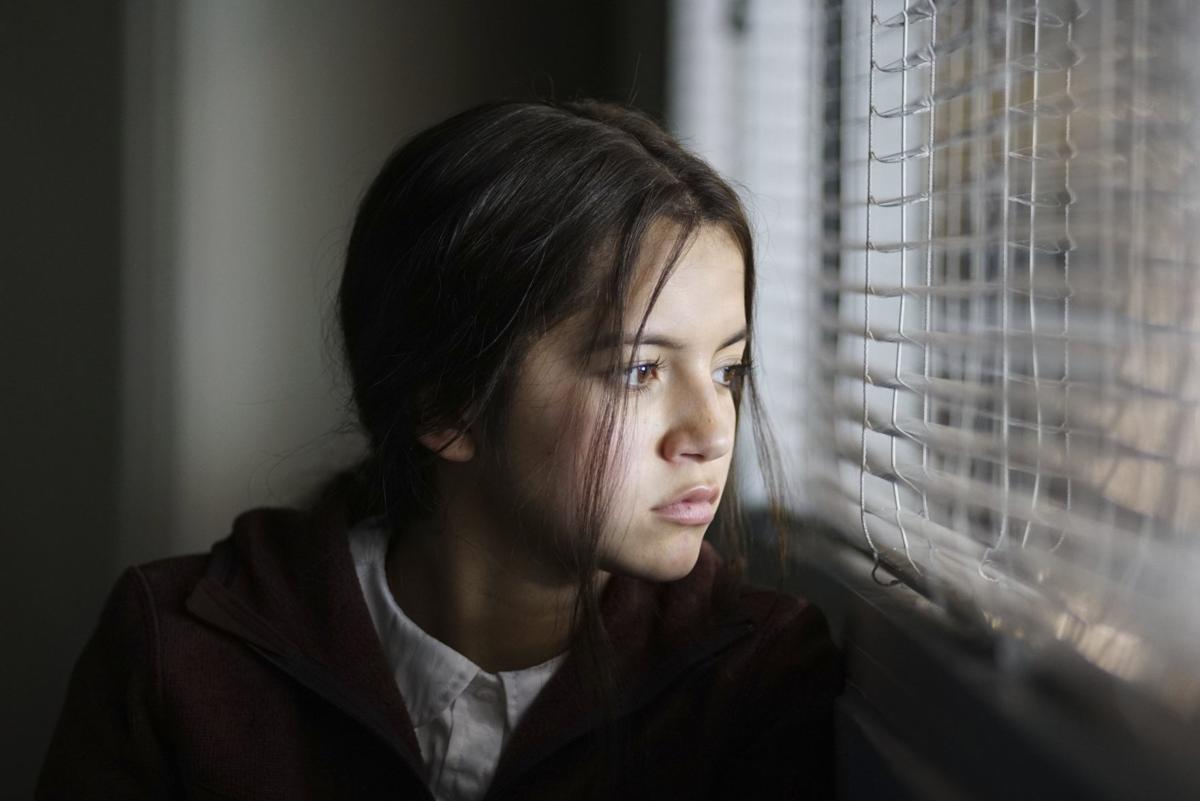 Newcomer Isabela Moner is excellent as a cartel boss’ daughter who reacts to her situation with a realistic mix of toughness and terror. 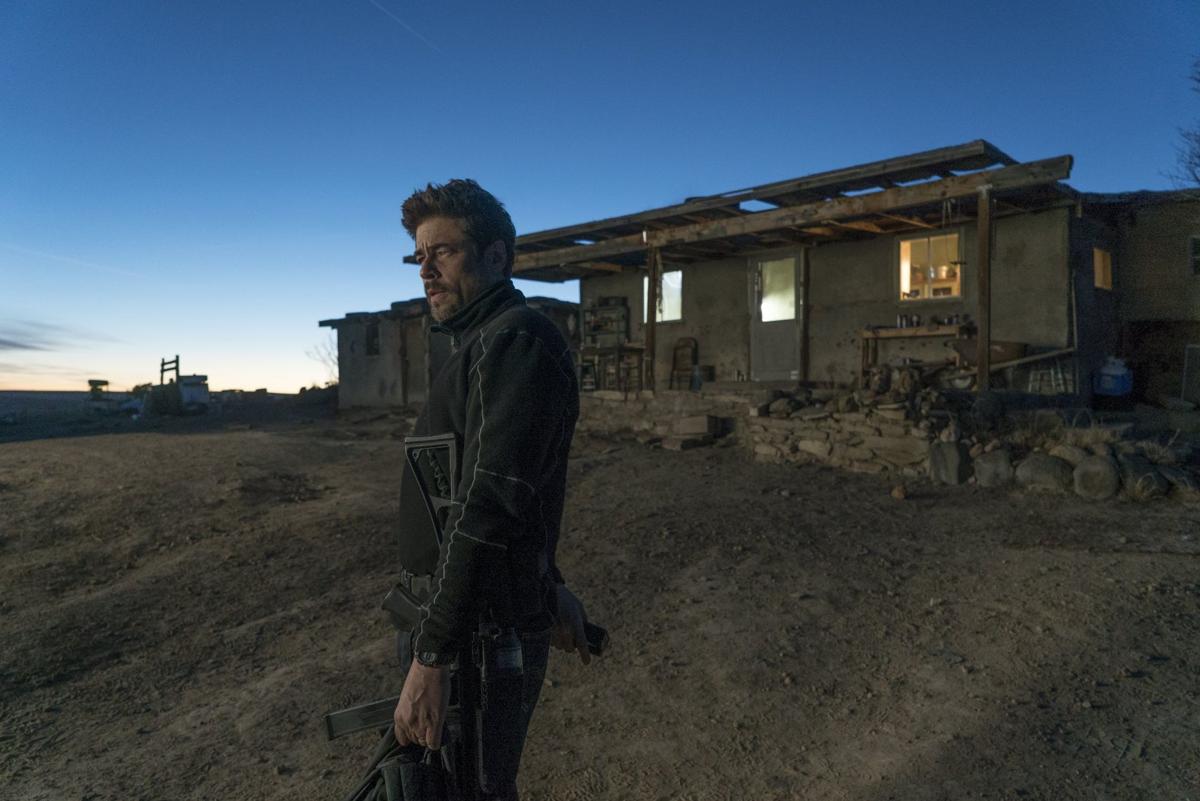 Benicio Del Toro in 'Sicario: Day of the Soldado.' 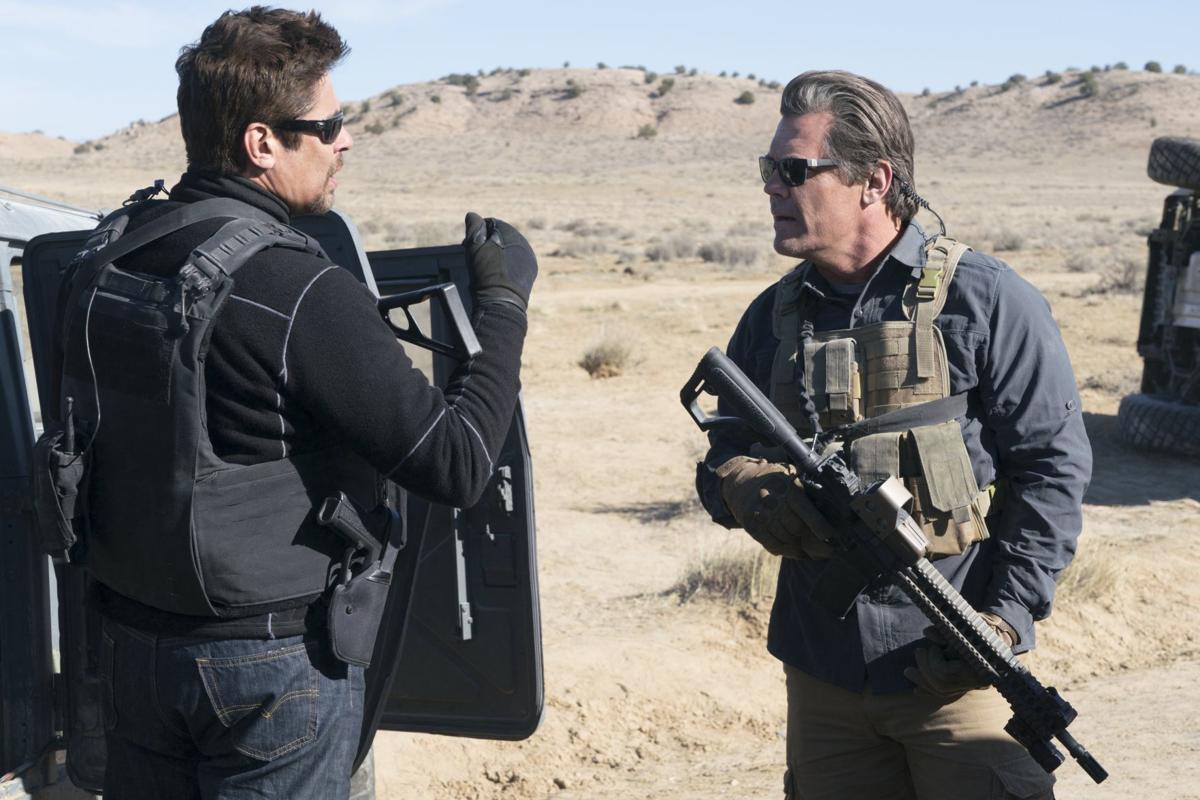 Benicio Del Toro and Josh Brolin star in 'Sicario: Day of the Soldado.'

Josh Brolin and Benicio Del Toro work to start a war between drug cartels in “Sicario: Day of the Soldado.”

Newcomer Isabela Moner is excellent as a cartel boss’ daughter who reacts to her situation with a realistic mix of toughness and terror.

Benicio Del Toro in 'Sicario: Day of the Soldado.'

Benicio Del Toro and Josh Brolin star in 'Sicario: Day of the Soldado.'

First thing I should mention is that I believe 2015’s “Sicario” to be both director Denis Villeneuve’s masterpiece and one of the best movies of the decade.

It’s the drug-war movie as war movie — a brutal and brilliantly made descent into hell.

“Sicario” gave us the audience surrogate of Kate Macer (Emily Blunt), an idealistic FBI agent who stumbles into a moral cesspit of a mission to eliminate the head of a drug cartel.

By the end of the film, Blunt’s hero is cast aside to make way for a crew of macho dudes with guns, led by shady government op Matt Graver (Josh Brolin) and Mexican hitman Alejandro (Benicio Del Toro).

The film’s conclusion couldn’t be more clear: This world no longer has use for idealistic heroes like Kate. What is needed are men like Matt and Alejandro, morally flexible killers who will do whatever it takes to “win” the war on drugs.

“Sicario” ends on a note of hopelessness, dread and bone-deep cynicism, making it a perfect movie for our rotten times. Nothing more needed to be said.

But now they’ve gone and made a sequel.

The trailers make “Sicario: Day of the Soldado” look more like a “Rambo” movie than the sequel to “Sicario.” I was expecting a nonstop procession of explosive action sequences. But it’s not really that kind of movie.

And the story, score, cinematography and editing are all good. Just ... not as good as the first film.

The sequel has lost most of the original’s stellar creative team (which included Roger Deakins, Joe Walker and the late composer Jóhann Jóhannsson). The only filmmaker returning is writer Taylor Sheridan. And he’s not doing his best work here.

“Day of the Soldado” begins with a border crossing and an act of terrorism. The Mexican drug cartels are smuggling terrorists into the U.S., and the U.S. is ready to retaliate.

Matt (Brolin) has been enlisted by the Secretary of Defense (Matthew Modine) and a CIA middle-manager (Catherine Keener) to start a war between the cartels. No holds barred. No rules.

Matt’s plan is to kidnap Isabela (Isabela Moner), the teenage daughter of a cartel boss, and make it look like the doing of a rival cartel. He enlists the help of his right-hand man, Alejandro (Del Toro), and we’re off to Mexico City to steal a child.

(And so this is a movie, in theaters now, whose plot revolves around U.S. government officials forcibly separating a Mexican child from her family.)

But the Americans’ plan goes awry. Double-crosses, triple-crosses, ambushes. The CIA orders Matt’s team to cut all ties and destroy all evidence, including Isabela. This puts Alejandro and Matt at odds.

There’s also a B-plot about an American teen named Miguel (Elijah Rodriguez) who’s gradually getting into the criminal life. Miguel and Alejandro’s paths will eventually cross in a clumsily contrived way that determines the film’s final act.

For all the ways “Day of the Soldado” is a pale imitation of its predecessor, it is still, on occasion, a completely absorbing film.

Blunt’s presence is very much missed here. But Del Toro and Brolin are effortlessly compelling actors, even when they’re given not-especially-compelling material. And newcomer Moner (who has been cast as a teenage Dora in the live-action “Dora the Explorer” movie) is excellent as a cartel boss’ daughter who reacts to her situation with a realistic mix of toughness and terror.

Most every aspect of “Soldado” is not unlike the Uncle Sam-approved killers themselves: quick, efficient and unfailingly professional. Mercenaries: They get the job done.

But here’s the thing about this movie. As much as “Soldado” captures the tone and texture of the first “Sicario,” it’s also a betrayal of its predecessor.

The point of Matt and Alejandro was that they’re the bad guys. Being bad guys was what made them so good at their jobs. So useful to American foreign policy.

Matt was committed to winning by any means necessary. Alejandro wanted revenge against the cartels for murdering his family, no matter the cost.

They killed children and threatened to murder FBI agents. They mowed down innocent bystanders. They let nothing get in the way of their single-minded missions.

Del Toro and Brolin are so good here that they kind of make it work anyway. But it doesn’t change the fact that “Soldado” doesn’t seem to understand why the first “Sicario” is such a great film.

Sicario: Day of the Soldado

Once, a long ****ing time ago, the R-rated movie was king

Once, the R-rated movie was king. But the MPAA's Restricted rating, which is about to turn 50, has seen its fortunes fade over the years with the rise of PG-13. Nonetheless, the R rating lives on.