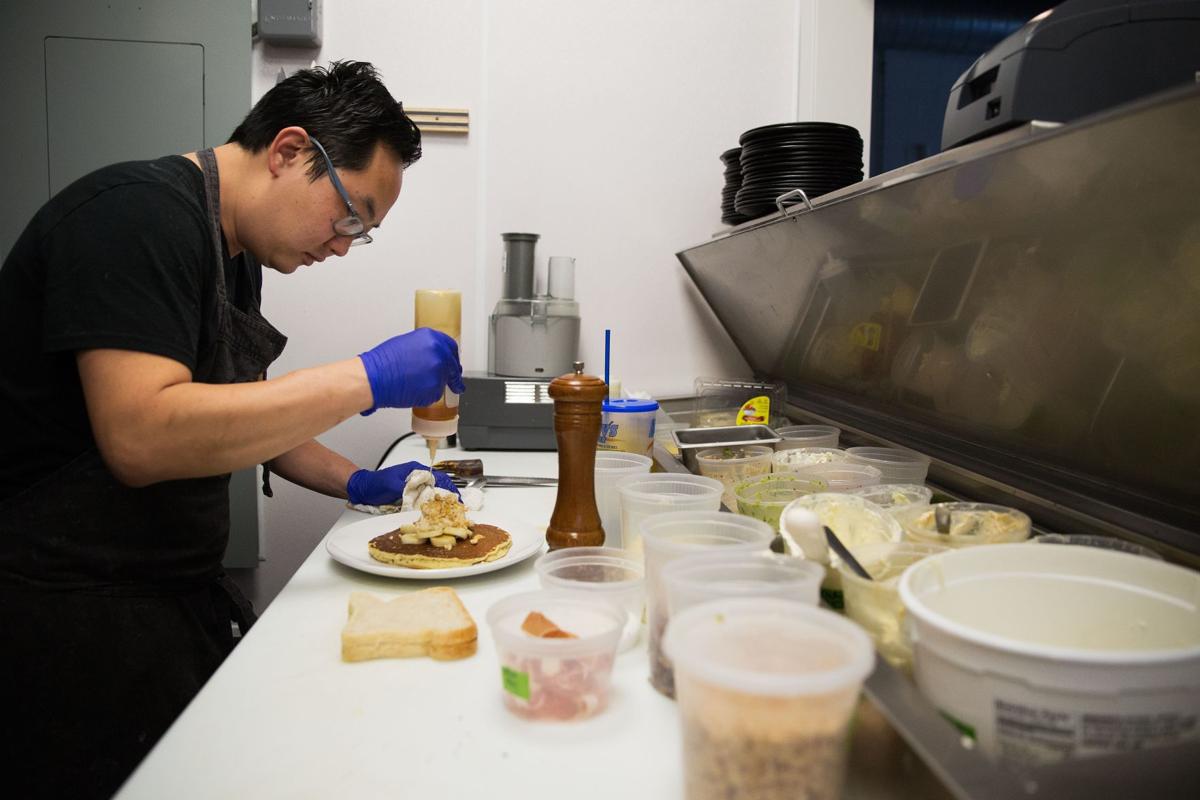 Saddle Creek Breakfast Club is closed for a month after chef and owner Chase Thomsen, who has struggled with mental health issues, entered rehab. 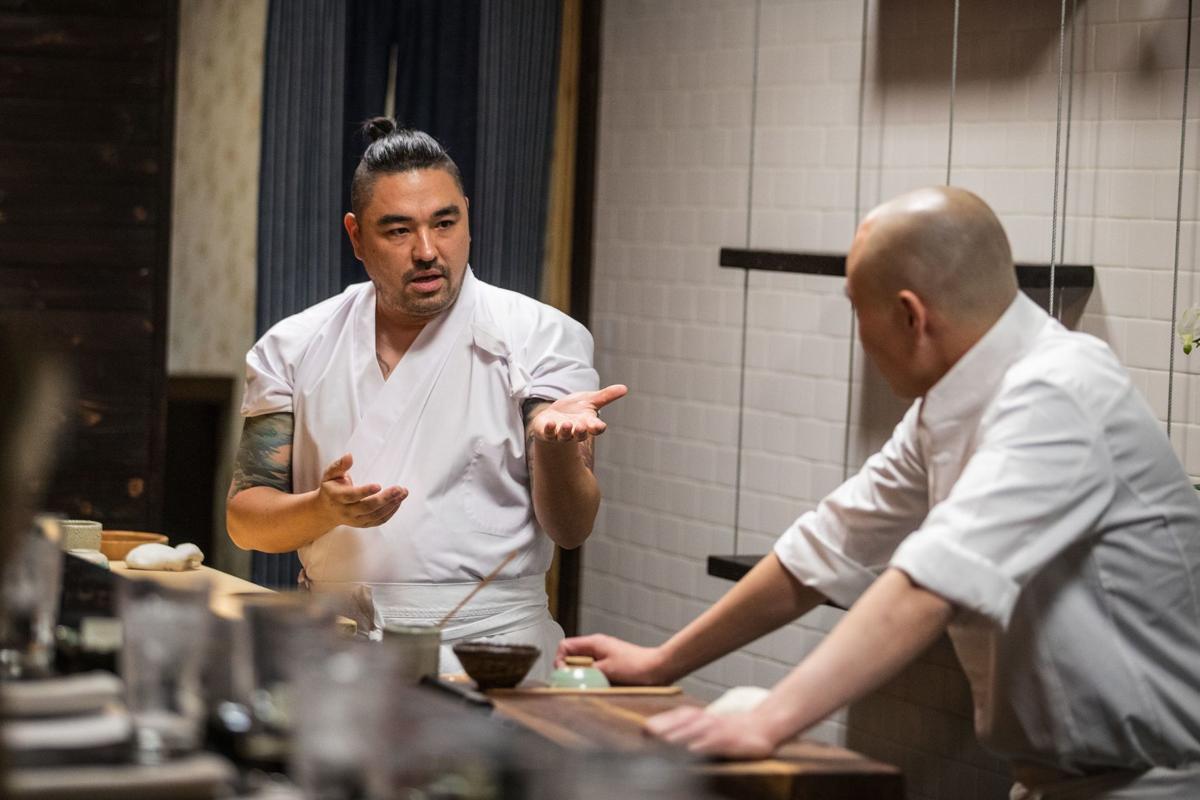 Yoshitomo owner and chef David Utterback, left, found ways to cope with the stress of his job. 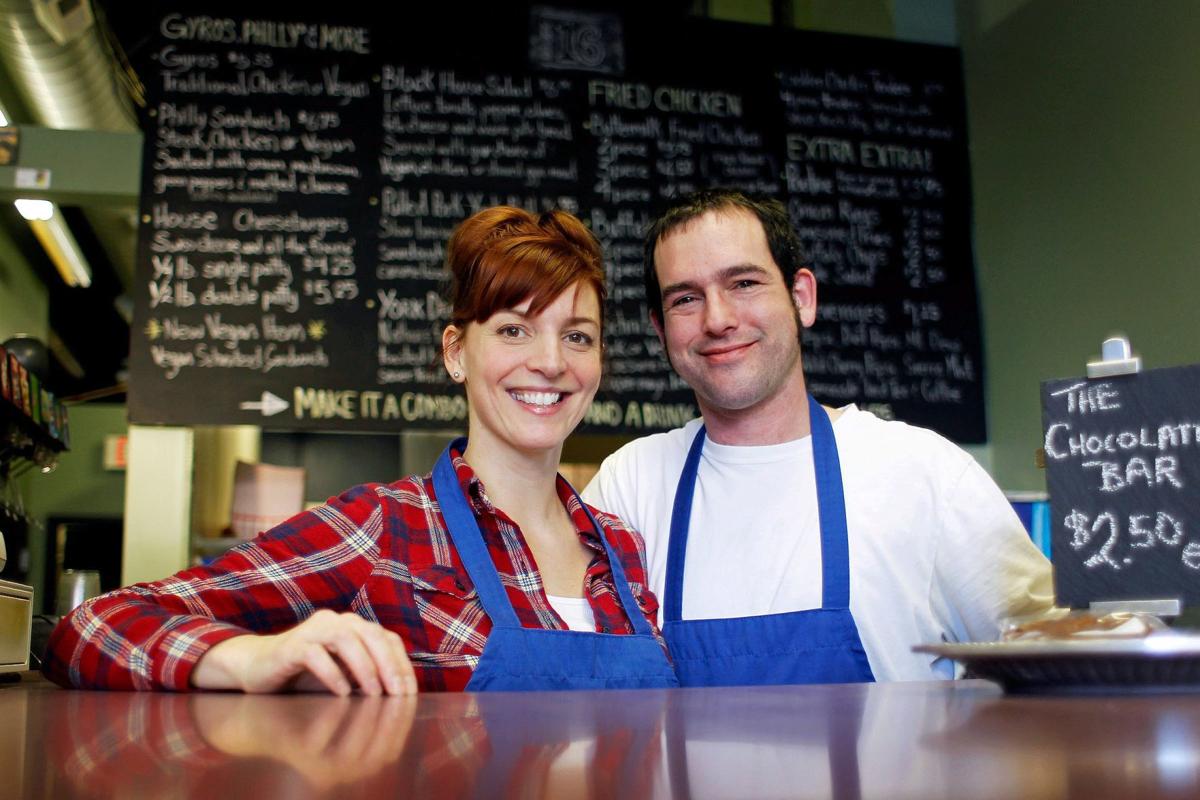 Saddle Creek Breakfast Club is closed for a month after chef and owner Chase Thomsen, who has struggled with mental health issues, entered rehab.

Yoshitomo owner and chef David Utterback, left, found ways to cope with the stress of his job.

Dedicated foodies in Omaha would say this about the Saddle Creek Breakfast Club: The food is delicious, but good luck getting a table, especially on weekends.

The tiny, trendy cafe was a hit the moment it opened. People hoping to savor its popular banana pancakes and other treats often faced hour-plus waits and lines stretching out the door. Many never have been able to get in.

Until last week, co-owner and chef Chase Thomsen was there for it all, every six-day week, every meal.

“He has literally worked every day the restaurant has been open,” said wife Niki Thomsen. “He touches every plate that has been put in the window.”

That dedication took a toll: Chase, who has struggled with addictions and mental health issues, recently entered rehab for 30 days.

Saddle Creek Breakfast Club now is closed for a month; leaving employees in limbo and Thomsen’s family, including two young children, living without him for a while.

Restaurant operators, food service professionals, concerned patrons and other Omahans have rallied behind the family and the SCBC staff with donations and encouraging responses.

Niki Thomsen turned to social media to explain the situation, putting the spotlight on an aspect of the nationwide food service industry that’s often overlooked.

Studies and anecdotal evidence indicate that the pitfalls afflicting Chase are common among chefs and other restaurant personnel: stress, pressure, depression and other mental problems, addictions and even suicide. Niki indicated Chase was close to that breaking point.

• A Centers for Disease Control study of suicide rates, using data last collected in 2015, found that women in food service and preparation have the fourth highest suicide rates among all occupations in the nation. Men are close behind with the seventh highest rates.

• Food service also is No. 16 on a list of divorce rates ranked by industry on monster.com. On the same report, bartenders had the second-highest divorce rate.

• And a report from the National Survey on Drug Use and Health indicates that substance abuse in various industries, including alcohol use, is highest in food service. The report uses data from a 2015 U.S. Census survey and was released by the Substance Abuse and Mental Health Services Administration, a division of the U.S. Department of Health and Human Services.

In an interview, Niki said she was determined to be transparent about what’s happening.

“I would rather write the narrative than have somebody make it up. I knew that you can’t just close for 30 days and not have people know why,” she said.

The closing was a tough decision because it affected more people than just the Thomsens and their kids. The restaurant's employees won’t be paid during the hiatus.

“(The fact that) it is all on your shoulders and you work supporting other people’s families has just compounded things,” Niki said.

They talked about staying open, but she said Chase — a perfectionist — wasn’t comfortable with that. If they had a limited menu, for instance, it might cost them more in the long run because it may not generate enough to cover the cost of staying open.

And, said SCBC general manager Jocelyn Ward, “(Chase) wants his product to be his product.”

Niki acknowledges that some people who aren’t familiar with the industry might not understand why they couldn’t continue to provide staff paychecks, given their large crowds. She said the restaurant has been open only a couple of years and they put a lot of money into remodeling before it launched.

“The building had a dirt floor,” she said.

Profit margins also are paper-thin for restaurants, said Paul Urban, who, with wife Jessica Joyce, owns and operates Block 16, another restaurant with frequent lines out the door.

He sees that as the major cause of the stress and pressure many restaurant owners feel.

“No matter how well you run, how busy you are, margins are so small you kind of are paycheck to paycheck,” Urban said. “We had a flood and we were shut down for three days. It was terrifying.”

Another local chef, Yoshimoto owner David Utterback, said pressure also comes from paperwork, ordering and other management tasks and, especially, the need to get dishes consistently right while working on your feet up to 14 hours a day. Diners expect things to be perfect.

“It’s not brain surgery or battlefield medicine for sure, but it’s similar conditions,” Utterback said.

Both Urban and Utterback said the combination of all that makes restaurants a natural place for substance abuse, and both admit to getting into unhealthy routines when they were younger.

They both said they have developed coping methods. Urban alternates days at Block 16 with his wife and they use free time for zoo trips and other activities with their kids.  Utterback said he now goes straight home after work, tries to turn his brain off for an hour or two and gets eight good hours of sleep.

“It has made all the difference,” Utterback said.

Ward, the SCBC manager, said her main concern during the hiatus is making sure her staff is taken care of. She started a Go Fund Me to make sure they were paid during their time off.

“We are a tight-knit family,” she said. “Chase is a genius and I love him and I’m here for him and his family. I would do anything for them.”

As of Friday afternoon, the fund had raised nearly $19,500 of its $30,000 goal. With Niki Thomsen, Ward hopes to use any excess donations to start a scholarship fund for food service workers who need substance abuse or mental health treatment and don’t have insurance.

“I come across so many individuals who need help and they can’t get it,” she said. “It’s a huge problem.”

Ward said Saddle Creek Breakfast Club also will be open for a special menu event from 8 a.m. to 1 p.m. on Valentine’s Day and the Blackstone Social bar is planning a fund-raiser later this month.

On Thursday, Flagship Restaurant Group donated 100% of every check to the Go Fund Me for diners who mentioned the Saddle Creek Breakfast Club. Both Chase and Ward once worked for the group.

Assistance goes beyond that. Urban is planning some special events at Block 16 and has offered to hire SCBC employees to work at them. Ward says she’s talking with friends about having a popup art show for Black History Month and has talked to a friend with a podcast about helping.

As Niki Thomsen adjusts to being a single mom for a bit, she says she’s grateful her husband is alive and getting the help he needs. She’s amazed at — and thankful for — the support she’s been getting from fellow food industry workers, SCBC patrons and the community at large.

“There has been such an outpouring,” she said. “It’s been incredible.”

Omaha-area restaurants are finalizing plans for Valentine's Day. Here are some of the specials we know about so far.