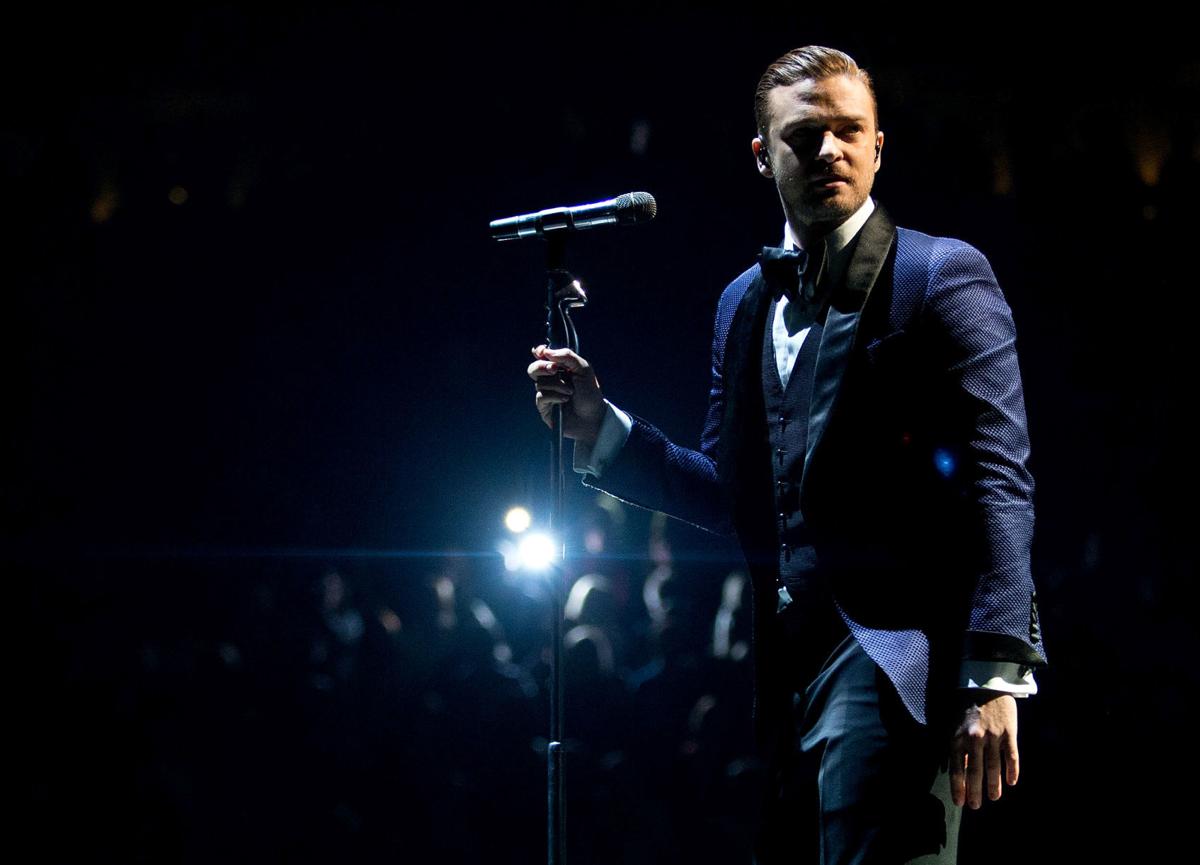 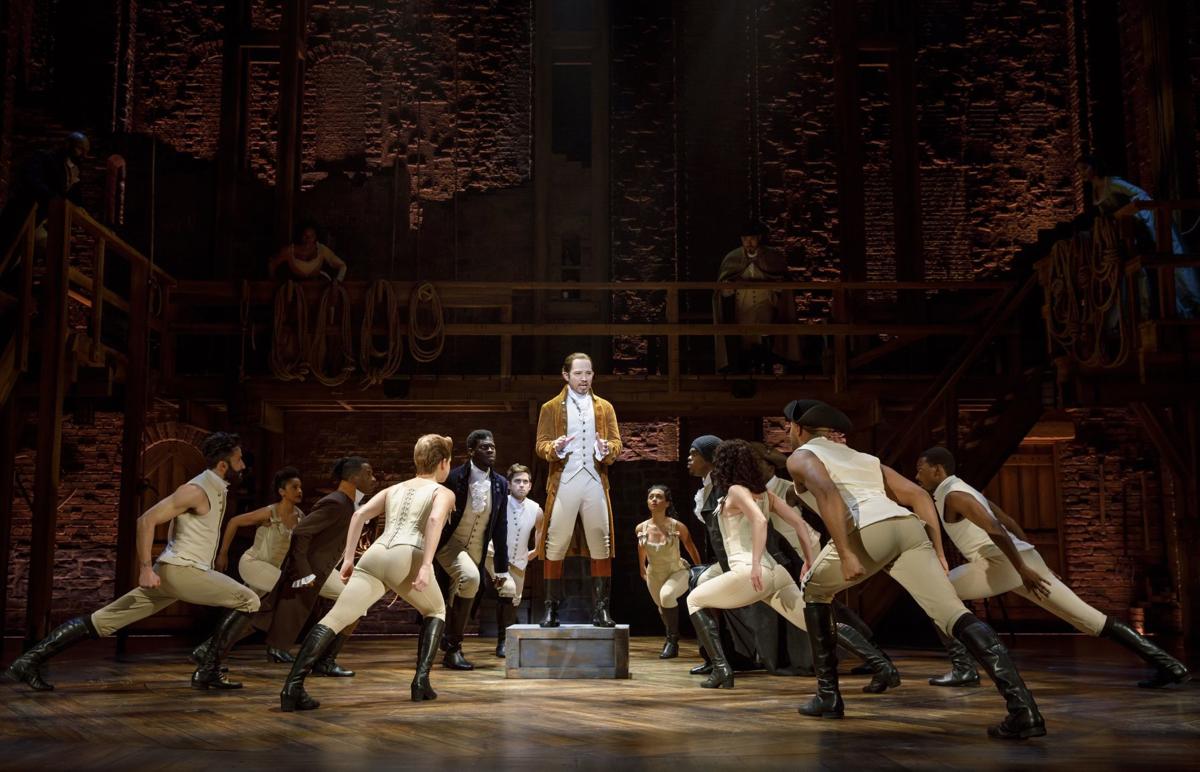 Joseph Morales stars as Alexander Hamilton in the national touring production of “Hamilton,” which will be in Omaha at the Orpheum Theater from Sept. 10-29, 2019. 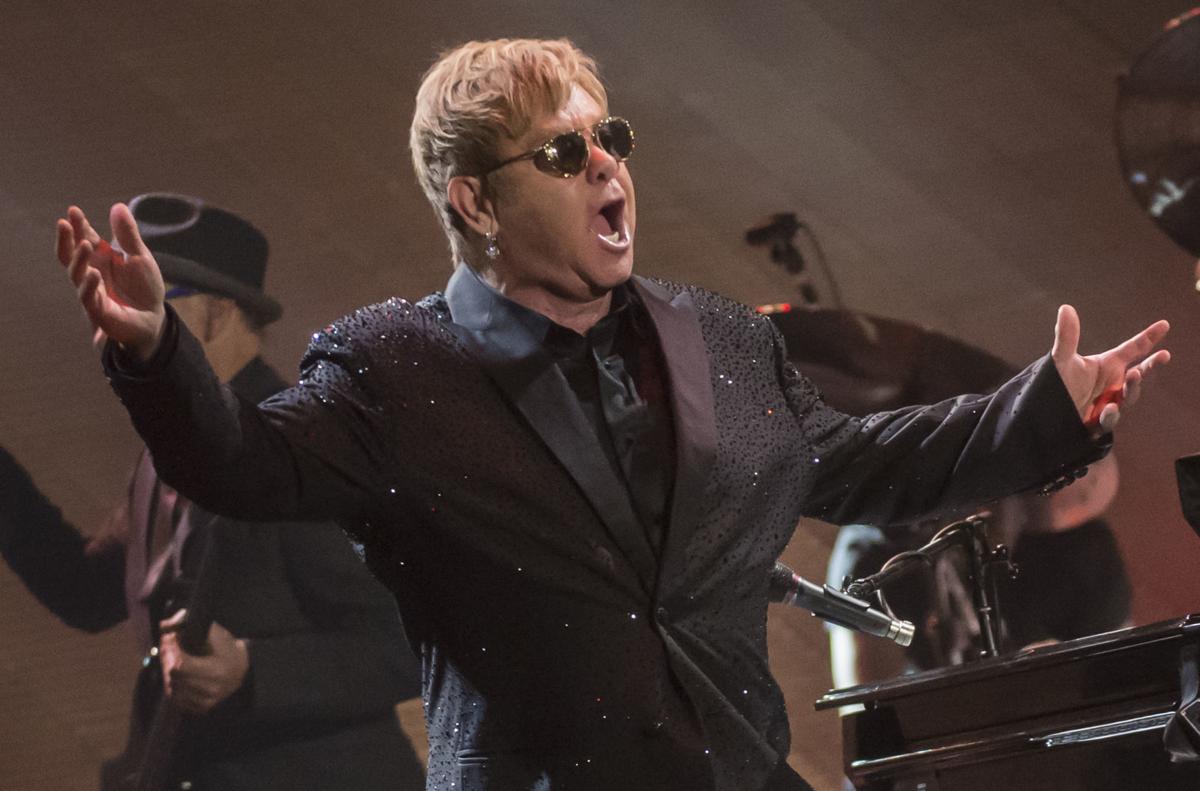 Pop legend Elton John reacts to the standing ovation sold out crowd only after playing and singing his second song at the Berglund Center. He comes to Omaha Feb. 12 at the CHI Health Center, though the concert is sold out.

Stephanie Samuels takes a sip from a 68-ounce boot-shaped glass of German beer at the Halfway to Oktoberfest Party, one of many Omaha Beer Week events.

A rendering of ACX Cinema 12 and its pizza restaurant and pub, Stage 16, located at the corner of 204th and George B Lake Parkway, facing south toward Harrison. The theater is expected to open in fall 2019.

Yeah, it’s 2019. We don’t know how it happened, either, but it’s here, and (reportedly) it’s gonna stick around for a whole dang year. So steel yourselves and settle in, etc., etc. Because 2019.

Despite the countless anxieties that come with being a human that lives on this planet, there are still plenty of things to look forward to this year. In the areas of eating and drinking (both pleasant things!), and in the areas of music, nightlife, movies and theater. May the following serve as a balm to all the ways 2019 burns you.

Mary Kathryn Nagle, a member of the Cherokee Nation, wrote this drama about a native American boy and his battle with school officials over cutting his hair. He’s the grandson of Chief Standing Bear, who, 180 years ago, demanded that a federal judge recognize that Indians are “persons.”

The theater is partnering with the Strangemen Theatre Company to produce this piece based on the forgotten writings of “Wizard of Oz” writer L. Frank Baum. Both the Blue Barn and the New York-based Strangemen were founded by graduates of the State University of New York-Purchase.

Omaha has waited a long time for this blockbuster musical about Alexander Hamilton, the show that made Lin-Manuel Miranda Broadway’s new sensation.

The city’s bars, breweries, restaurants and retailers come together in a week of celebration of craft beer. The highlight of the week is a citywide craft beer bus tour that takes place from noon to 10 p.m. Feb. 16. Find more information at omahabeerweek.com.

Omaha’s summer beer festival continues this June. General admission tickets include unlimited 2-ounce samples of craft beer. There will be dozens of local and national craft brewers on site. For more information and to purchase tickets, visit omahabeerfest.com.

The nation’s largest beer fest brings brewers and beer fans from around the world. The festival includes a beer competition in which several local breweries have been honored over the years. For more information, visit greatamericanbeerfestival.com.

The country star is headed on tour, and he’s kicking things off in Omaha.

It’s been sold out for a while, as it should be. Elton John is retiring from nonstop touring, and this will likely be his last stop in Omaha.

We’ve been waiting for this one. Timberlake bruised his vocal cords and postponed his December Omaha gig. He better bring it when he comes back.

Odom, who won a 2016 Tony Award for his portrayal of Aaron Burr in “Hamilton,” will sing jazz standards and show tunes with the Omaha Symphony.

The festival is back for its 11th year, planning, for the second consecutive year, a two-day rock festival in Aksarben.

Where: The original Woodstock site

On the 50th anniversary of the iconic festival, the Bethel Woods Center for the Arts will host the Bethel Woods Music and Culture Festival. Hopefully, it will be better than Woodstock 99 was.

Where: In the Midtown Crossing space formerly occupied by Marcus Theatres, Alamo will open its second Omaha-area location this winter. Expect plenty of the offbeat programming the Alamo Drafthouse is known for.

Will Captain America die? Will Tony Stark die? What’s the endgame? I Am Groot? Will it be the highest-grossing movie of all time or just the year? Will it be three hours long? Do you remember a time before the Marvel movies? I don’t.

The greatest animated film series of all time continues to break your heart in new ways. When a toy named Forky joins Woody and his pals, the toys set out on a road trip. Keanu Reeves joins the voice cast.

Where: Near 204th and Harrison Streets

The 12-screen movie theater will also include the pizza restaurant and pub, Stage 16. It will be run by the locally owned Main Street Theatres, the Barstow family’s chain of screens in Iowa and Nebraska, which includes Aksarben Cinema. ACX Cinema 12 will be the farthest west of any movie theater in the metro area.

The saga continues, following “The Last Jedi” — which, everyone agrees, was a great film, no controversy at all. “Episode IX” brings back “Force Awakens” director J.J. Abrams to tell us what happens with that epic romance/rivalry Rey and Ren have got goin’ on.

The Kathmandu Momo Station, which has been operating pop-ups serving its menu of Nepalese dumplings, plans to open a bricks-and-mortar location this year.

Where: 10th and Capitol Streets

The new downtown development has already added new spots for steaks (J. Gilbert’s), burgers (Burgerim) and pizza (Lighthouse.) Mexican and New Orleans cuisine are coming next. I’m looking forward to visiting them all.

World-Herald features writers chronicle their favorites from the past year.

Sarah's annual best-of list only includes restaurants that she reviewed in the last calendar year, so if you don’t see one of your favorites, that might be why.

The movie year was a triumph of volume, a year with a deep roster of good or very good films.

Music critic Kevin Coffey saw a lot of shows in 2018. These were his favorites.

The list amounts to a diverse crop of series, dispersed evenly across comedy and drama — broadcast, cable and streaming. Maybe your favorite show didn’t make the cut, but maybe (hopefully) this list gives you a few ideas on what to catch up with over your holiday downtime.

Today is the day we look back at the worst 2018 had to offer. The day we dive headfirst into the cinematic cesspool and take a hearty gulp of its fetid waters.

Journalists at the Omaha World-Herald chose the O'Neill raid and its aftermath as the Top Story of the Year for 2018. In all, Homeland Security and Immigration and Customs Enforcement detained 133 suspected unauthorized immigrants and arrested 17 people connected to an alleged conspiracy to exploit illegal labor.

Kangaroo meat, a wayward parachutist and nearly naked dancers on Dodge: Our weirdest stories of 2018

A reporter's notebook is filled with many stories of heroics, tragedy and the mundane. It can also contain some truly head-scratching instances of the weird and wacky. Here is a slightly different look at the year in review.

Tourism, Scott Frost and slayings: The 10 most popular stories of the year on Omaha.com

Here are the top 10 stories on Omaha.com from the past year, as ranked by the number of unique visitors.

Omaha and Council Bluffs have become world-class stages for art, music, dance and drama while attracting some of the biggest names in the ente…

Sarah's annual best-of list only includes restaurants that she reviewed in the last calendar year, so if you don’t see one of your favorites, that might be why.

In 2017 when I bought Omaha performing Arts broadway package I was told I would be given first chance for Hmilton tickets in 2018. In 2018 when the broadway package came out they tried to tell me Hamilton tickets would be available but that the show would not come until September of 2019. How can they call a show in September of 2019 part of the 2018 package. I cancelled my purchase.