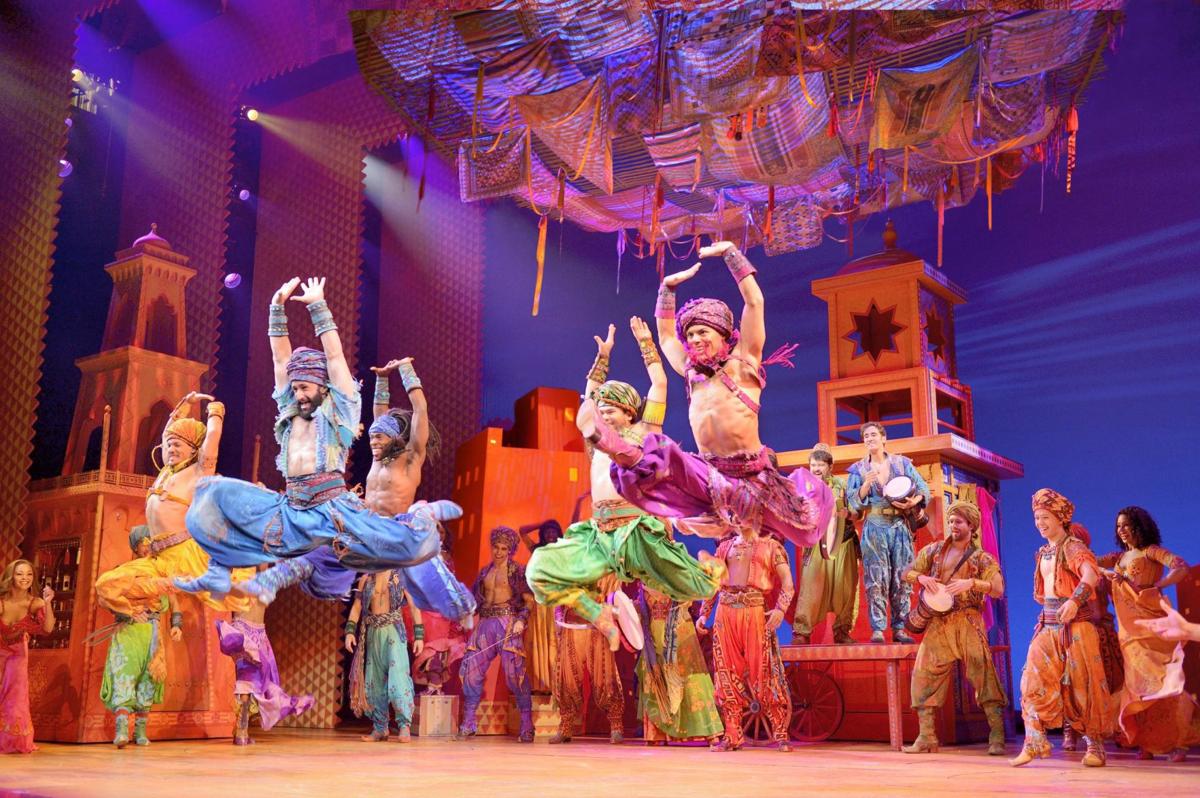 The musical “Aladdin” features classic songs from the Disney film like “Prince Ali” and “A Whole New World,” plus some new numbers. 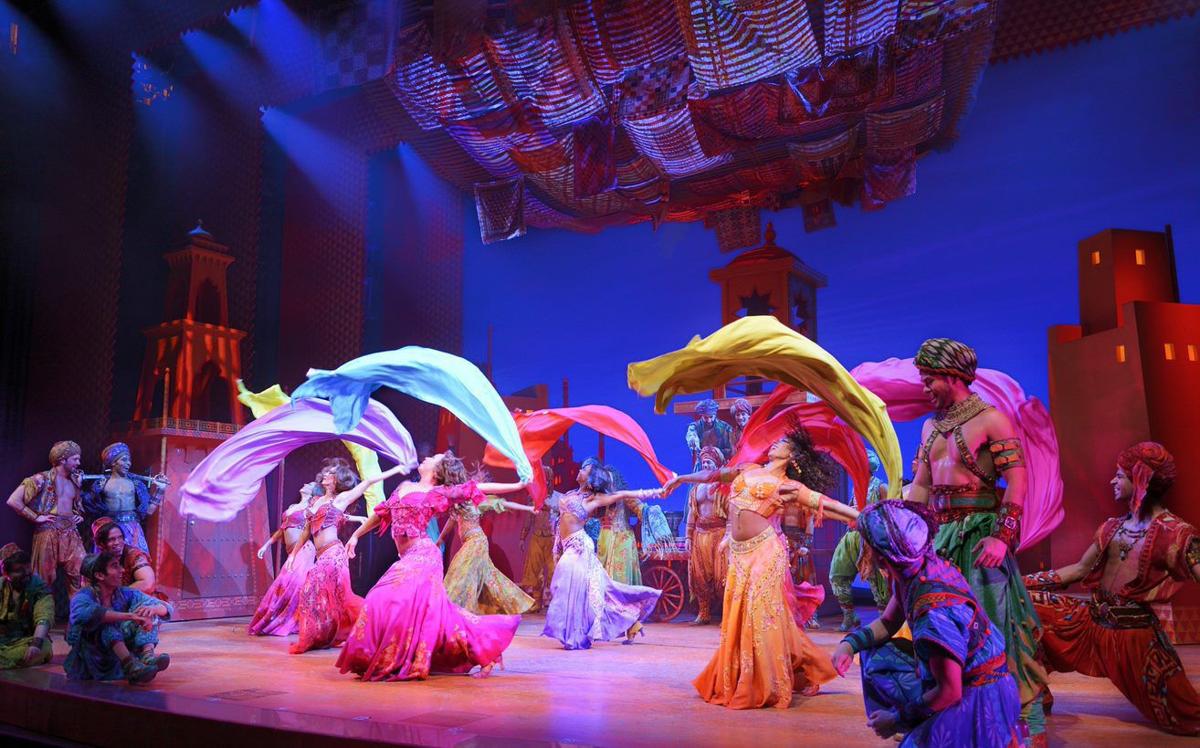 A scene from the Broadway musical “Aladdin,” coming to the Orpheum Theater on Jan. 16, 2019. 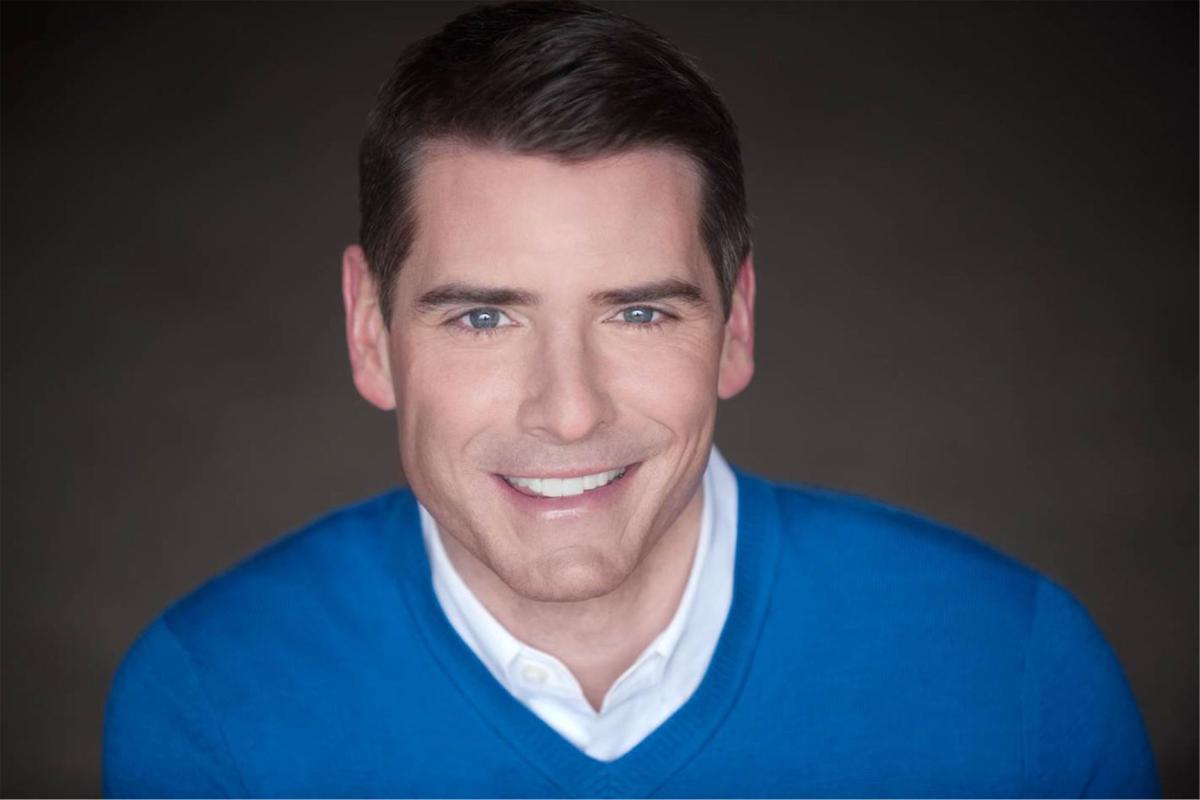 The musical “Aladdin” features classic songs from the Disney film like “Prince Ali” and “A Whole New World,” plus some new numbers.

A scene from the Broadway musical “Aladdin,” coming to the Orpheum Theater on Jan. 16, 2019.

In the beginning, “Aladdin” was never intended to be a Broadway show.

Disney Theatrical Group executives thought the story would make a great — if straightforward — script to license to schools or community theaters, capitalizing on the popularity of their 1992 animated film.

Writer and lyricist Chad Beguelin set out to write it. After Disney executives heard what he wrote, the script had a new destination.

“There was a reading and everything changed,” Beguelin said in an interview from New York City. “Tom Schumacher, the head of Disney Theatrical, loved it.”

It appears the suits made the right choice. “Aladdin” premiered on Broadway in 2014 to positive reviews. It’s still open in New York and now is on a national tour, which stops for 10 days at Omaha’s Orpheum Theater, premiering Wednesday.

The show was nominated for five Tony Awards. A couple of those nominations — best book of a musical and best original score written for the theater — were for Beguelin.

The unexpected trajectory of “Aladdin” was a career boost for the Illinois native, who already had co-written two other Broadway musicals, “The Wedding Singer” and “Elf: The Musical.”

For one thing, Beguelin got to work with someone he’d long admired when “Aladdin” changed course.

“(Alan) Menken wanted to meet with me. It was a big thrill because I’m a huge fan,” he said. “I went with a Disney exec to (Menken’s) beautiful estate in upstate New York.”

Menken, of course, is the songwriter responsible for some of Disney’s greatest hits. He wrote the score for the “Aladdin” film, as well as those for “The Little Mermaid,” “Beauty and the Beast” and “Newsies,” among many others.

The visit with Menken led to “another thrill,” said Beguelin, who ended up collaborating with Menken on new songs for the stage version of “Aladdin.”

For the stage show, Menken was adamant about adding some songs that were cut from the movie while including film hits such as “Prince Ali” and “A Whole New World” and writing a few additional tunes with Beguelin as lyricist.

As he wrote the book for the musical, Beguelin had to figure out how to get the cut movie songs into the script for the stage version. That required adding new characters and changing the script so it was surprising and new while making sure fans of the movie wouldn’t be disappointed.

“One of the big challenges was to make sure that we didn’t just plop the movie on the stage,” Beguelin said. “We wanted exciting moments from the film but to make sure it was its own thing. And to make it as funny as possible.”

Omahans can expect to see a show with dazzling costumes and sets, he said, with a magic carpet that flies and a plot that focuses on a lead character who yearns to be someone he’s not.

“It’s sort of about being true to yourself, with a lot of flashy tap dancing and jokes.”

One giant production number, “A Friend Like Me,” often gets a standing ovation in the middle of the show.

Beguelin said he’s been surprised that “Aladdin” has been a “date show” for many people. Creators saw it as basically a family musical.

The touring production, he said, is almost identical to what’s in New York.

“The great thing about Disney is they keep the quality at such a high level that what you’re getting is a beautiful Broadway production,” he said.

He thinks the story of “Aladdin” endures because it has a universal theme and a lovable buffoon.

“Everyone wants to fantasize about what they would do if they were granted three wishes,” he said. “And the genie, you don’t know what he’s going to do next. He’s a beloved character.”

When: Wednesday through Jan. 27.

Zipline will fill one free growler with beer of choice for each furloughed worker who presents ID proving their employment. At Alamo, eligible employees will receive one free movie ticket per day in January.