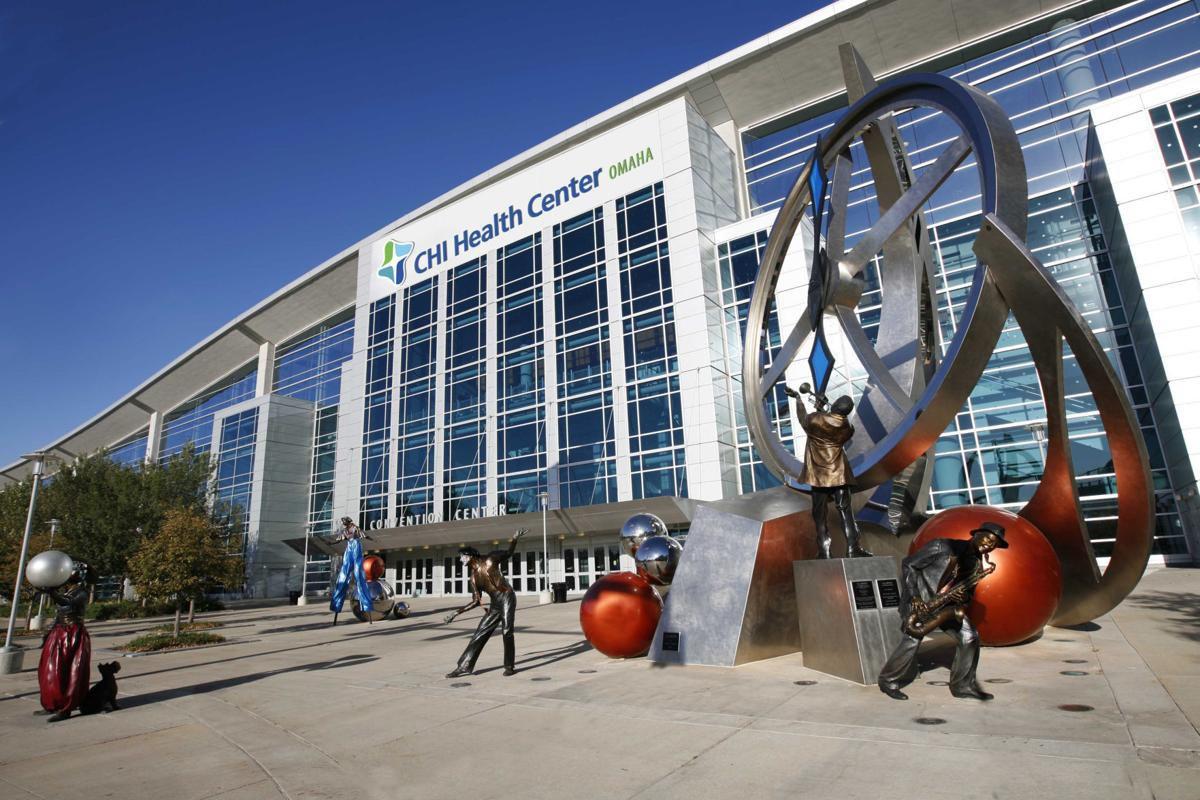 CHI Health Center Omaha hosts about about 17,000 people for concerts.

The NCAA has announced that all remaining winter and spring championships are being canceled over concerns of the coronavirus, including March Madness 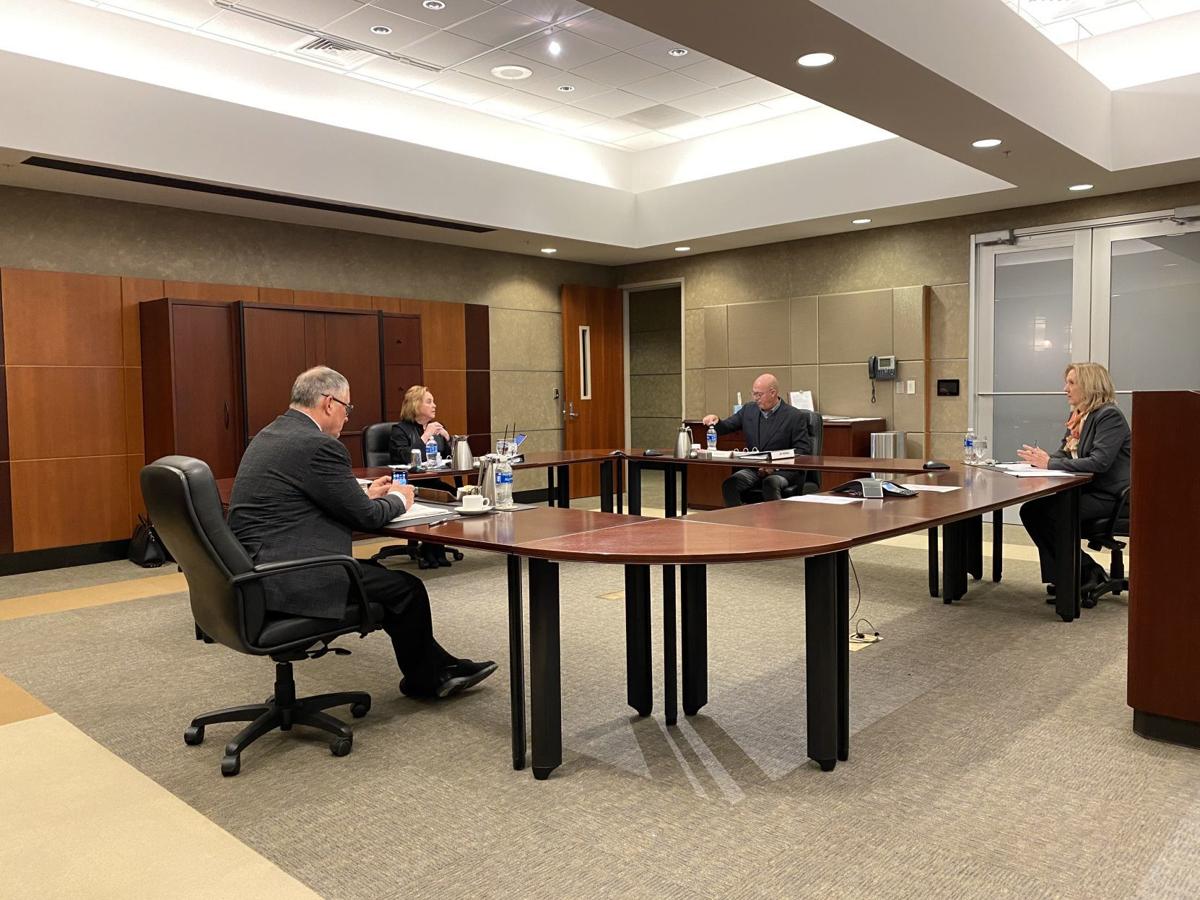 The MECA board keeps a safe distance between members during their meeting on Tuesday in Omaha.

CHI Health Center Omaha hosts about about 17,000 people for concerts.

The MECA board keeps a safe distance between members during their meeting on Tuesday in Omaha.

But if people can stay home and bend the coronavirus curve in time to salvage the 2020 U.S. Olympic Swim Trials in June, the Metropolitan Entertainment and Convention Authority might be able to break even in 2020, officials say.

Olympic organizers still plan to hold the 2020 Summer Olympics in Tokyo. If they do, that bodes well for Omaha’s effort to host the meet that will decide which swimmers represent the U.S.

If the Olympics are canceled, MECA would need to dip into the organization’s nearly $10 million reserves, MECA officials said at a board meeting Tuesday.

“With our reserves, if (the coronavirus shutdown) goes a month or more, we should be fine,” said Roger Dixon, MECA’s president and CEO.

A key lifeline for the arena and convention center: Six major concerts that canceled have tentatively rescheduled Omaha dates, and country star Blake Shelton is close to rescheduling.

Another: Eight large conventions that host visitors to Omaha every year, including Home Instead and Right at Home, have asked to delay and not cancel their reservations.

Even the college home run derby is trying to find a way to make its visit happen at TD Ameritrade Park, officials said.

CHI Health Center Omaha has lost some events that won’t come back this year, from the Sojern Global Conference 2020 to this season’s visit by the Harlem Globetrotters.

TD Ameritrade Park’s losses this year might be more substantial: Creighton baseball, the Big Ten baseball tournament and the CWS, its biggest revenue producers of the year.

MECA and city officials still are working to estimate the potential costs to taxpayers and other partners, including the NCAA, of losing those revenue producers for the ballpark.

In 2019, the city, the NCAA and MECA split around $7 million in profits. MECA’s contract with the city to manage TD Ameritrade Park caps its own losses at $100,000.

So far, MECA does not expect to have to lay off any of its administrative staff of 25. But the event staff that works part time will see reductions in hours because there are fewer events to staff.

Building maintenance staff will spend the next couple of weeks deep-cleaning both TD Ameritrade Park and the arena and convention center, from disinfecting individual seats to wiping every door knob, handle and counter.

Food and drink service leaders for the facility say they have been canceling as many orders as possible and arranging to donate food they can’t return to the Saving Grace food pantry.

Concertgoers and people who bought tickets to events that have been canceled should have the option in the coming weeks to request refunds or use their tickets.

MECA has directed ticketholders who want a refund to inquire at the point of purchase. MECA is working to steer people to the proper place, whether it be the NCAA or Ticketmaster.

MECA board member Jay Noddle asked Dixon to make sure MECA communicates those processes publicly once they’re ready, given the economic disruption people are feeling.

People who bought tickets on the secondhand market may face a tougher road, but some offer refunds.

“Ticketing groups got inundated,” Dixon said. “People will get their refunds if they want it. They’ll just have to be patient.”

Today's hyperpartisan climate and politicized talk about the disease poses a challenge, but local political leaders and health officials try to speak with one voice in presenting the facts.

What about all the hotels and restaurants and their employees???

Thank you to Aaron Sanderford for reporting on this. I was wondering how much of a hit the city would take from MECA's millions of dollars of losses.

For our downtown ballpark; that is where MECA has extremely messed up.

They had the NCAA or nothing. Now they have nothing.

But worse than that is the fact that the big downtown ballpark acts as a huge black hole, taking up space and providing nothing for 90 per cent of the year.

For this sin, Omaha should take back the ballpark from MECA. It's our park not MECA's.

Also I was surprised A A ron was able to get any information at all from MECA; them claim they do not have to supply information of the contracts and other open meetings requirements.

And one other thing: MECA was so foolishly given control of "the riverfront" to Ken Stinson. Stinson forced Jay Noddle on the MECA board (I was at the city council meeting where they voted in Noddle) .

So MECA gives no-bid contracts to their own Board member Noodle, and nobody gives a hoot about that. Except me.

Wonder if work downtown at the parks will be delayed due to the upcoming recession?

And if MECA is hoping for the Swim Trials to bail them out; dream on. That event won't happen,