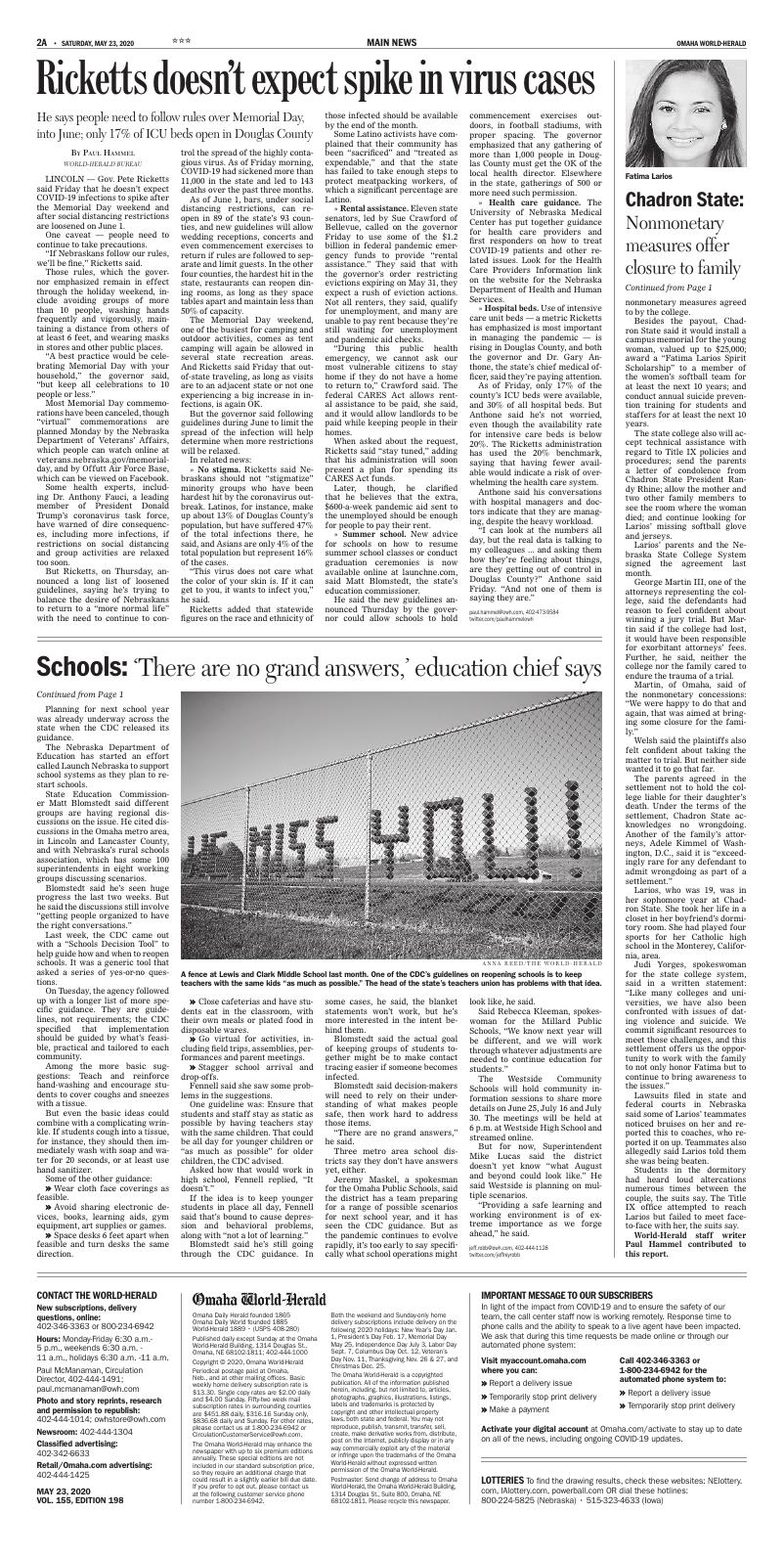 A fence at Lewis and Clark Middle School last month. One of the CDC’s guidelines on reopening schools is to keep teachers with the same kids “as much as possible.” The head of the state’s teachers union has problems with that idea.

The Centers for Disease Control and Prevention has put together a better picture for how the return to school should look.

Students and teachers wearing masks. Physical distancing in the classroom. Daily temperature and symptom checks for staff and students.

No playgrounds for recess. No cafeterias. No shared devices, books or supplies.

It’s clear that school will look a whole lot different in the continuing pandemic.

But the head of the Nebraska teachers union, who’s also a former Nebraska teacher of the year, said the guidance coming out of the CDC doesn’t recognize the reality of teaching.

Maddie Fennell, executive director of the Nebraska State Education Association, said Nebraska would be better served working with the University of Nebraska Medical Center and its in-house experts, who are willing to talk with teachers.

Fennell said the return to school will take creativity and some discussions with teachers that have not happened yet.

“We’re going to have to think way outside the box,” she said.

Planning for next school year was already underway across the state when the CDC released its guidance.

The Nebraska Department of Education has started an effort called Launch Nebraska to support school systems as they plan to restart schools.

State Education Commissioner Matt Blomstedt said different groups are having regional discussions on the issue. He cited discussions in the Omaha metro area, in Lincoln and Lancaster County, and with Nebraska’s rural schools association, which has some 100 superintendents in eight working groups discussing scenarios.

Blomstedt said he’s seen huge progress the last two weeks. But he said the discussions still involve “getting people organized to have the right conversations.”

Last week, the CDC came out with a “Schools Decision Tool” to help guide how and when to reopen schools. It was a generic tool that asked a series of yes-or-no questions.

On Tuesday, the agency followed up with a longer list of more specific guidance. They are guidelines, not requirements; the CDC specified that implementation should be guided by what’s feasible, practical and tailored to each community.

Among the more basic suggestions: Teach and reinforce hand-washing and encourage students to cover coughs and sneezes with a tissue.

But even the basic ideas could combine with a complicating wrinkle. If students cough into a tissue, for instance, they should then immediately wash with soap and water for 20 seconds, or at least use hand sanitizer.

Some of the other guidance:

» Close cafeterias and have students eat in the classroom, with their own meals or plated food in disposable wares.

Most students in the metro area haven't been inside a classroom since concerns over the coronavirus closed schools in March.

Fennell said she saw some problems in the suggestions.

One guideline was: Ensure that students and staff stay as static as possible by having teachers stay with the same children. That could be all day for younger children or “as much as possible” for older children, the CDC advised.

Asked how that would work in high school, Fennell replied, “It doesn’t.”

If the idea is to keep younger students in place all day, Fennell said that’s bound to cause depression and behavioral problems, along with “not a lot of learning.”

Blomstedt said he’s still going through the CDC guidance. In some cases, he said, the blanket statements won’t work, but he’s more interested in the intent behind them.

Blomstedt said the actual goal of keeping groups of students together might be to make contact tracing easier if someone becomes infected.

Blomstedt said decision-makers will need to rely on their understanding of what makes people safe, then work hard to address those items.

“There are no grand answers,” he said.

Three metro area school districts say they don’t have answers yet, either.

Jeremy Maskel, a spokesman for the Omaha Public Schools, said the district has a team preparing for a range of possible scenarios for next school year, and it has seen the CDC guidance. But as the pandemic continues to evolve rapidly, it’s too early to say specifically what school operations might look like, he said.

Said Rebecca Kleeman, spokeswoman for the Millard Public Schools, “We know next year will be different, and we will work through whatever adjustments are needed to continue education for students.”

The Westside Community Schools will hold community information sessions to share more details on June 25, July 16 and July 30. The meetings will be held at 6 p.m. at Westside High School and streamed online.

But for now, Superintendent Mike Lucas said the district doesn’t yet know “what August and beyond could look like.” He said Westside is planning on multiple scenarios.

“Providing a safe learning and working environment is of extreme importance as we forge ahead,” he said.

The Nebraska State College System has agreed to pay $900,000 to settle lawsuits related to the suicide five years ago of a Chadron State softball player. 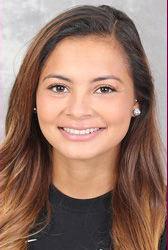 Her parents, Lissette Larios Roohbakhsh and Nelson Larios, alleged in lawsuits in state and federal courts that Chadron State College and its Title IX office failed to intervene adequately in an allegedly abusive relationship between the young woman and her boyfriend from high school, who had become a Chadron State football player.

One of the lawyers for the parents, Christopher Welsh of Omaha, said the settlement agreement is “unique” because of the nonmonetary measures agreed to by the college.

The state college also will accept technical assistance with regard to Title IX policies and procedures; send the parents a letter of condolence from Chadron State President Randy Rhine; allow the mother and two other family members to see the room where the woman died; and continue looking for Larios’ missing softball glove and jerseys.

George Martin III, one of the attorneys representing the college, said the defendants had reason to feel confident about winning a jury trial. But Martin said if the college had lost, it would have been responsible for exorbitant attorneys’ fees. Further, he said, neither the college nor the family cared to endure the trauma of a trial.

Martin, of Omaha, said of the nonmonetary concessions: “We were happy to do that and again, that was aimed at bringing some closure for the family.”

Welsh said the plaintiffs also felt confident about taking the matter to trial. But neither side wanted it to go that far.

The parents agreed in the settlement not to hold the college liable for their daughter’s death. Under the terms of the settlement, Chadron State acknowledges no wrongdoing. Another of the family’s attorneys, Adele Kimmel of Washington, D.C., said it is “exceedingly rare for any defendant to admit wrongdoing as part of a settlement.”

Larios, who was 19, was in her sophomore year at Chadron State. She took her life in a closet in her boyfriend’s dormitory room. She had played four sports for her Catholic high school in the Monterey, California, area.

Judi Yorges, spokeswoman for the state college system, said in a written statement: “Like many colleges and universities, we have also been confronted with issues of dating violence and suicide. We commit significant resources to meet those challenges, and this settlement offers us the opportunity to work with the family to not only honor Fatima but to continue to bring awareness to the issues.”

Lawsuits filed in state and federal courts in Nebraska said some of Larios’ teammates noticed bruises on her and reported this to coaches, who reported it on up. Teammates also allegedly said Larios told them she was being beaten.

Students in the dormitory had heard loud altercations numerous times between the couple, the suits say. The Title IX office attempted to reach Larios but failed to meet face-to-face with her, the suits say.

Local
News to start your day: Wedding receptions are back on. Ricketts doesn't expect to see spike in COVID-19 cases after restrictions loosen
jessicawade  / From staff reports
05.23.20
ANNA REED/THE WORLD-HERALD

Jess and Kyle McMindes are married at Our Lady of Lourdes Parish in Omaha on April 25. About 75 cars full of family and friends surprised the couple on their wedding day with a parade since they couldn’t all be in the church because of the novel coronavirus pandemic.

Gov. Pete Ricketts said Friday that he doesn’t expect COVID-19 infections to spike after the Memorial Day weekend and after social distancing restrictions are loosened on June 1.

One caveat — people need to continue to take precautions.

“If Nebraskans follow our rules, we’ll be fine,” Ricketts said.

Those rules, which the governor emphasized remain in effect through the holiday weekend, include avoiding groups of more than 10 people, washing hands frequently and vigorously, maintaining a distance from others of at least 6 feet, and wearing masks in stores and other public places.

“A best practice would be celebrating Memorial Day with your household,” the governor said, “but keep all celebrations to 10 people or less.”

The governor urged people to continue to take precautions, both over the holiday weekend and into June, when restrictions on many public gatherings are further loosened.

The Nebraska State College System has agreed to pay $900,000 to settle lawsuits related to the suicide five years ago of a Chadron State softball player.

Her parents, Lissette Larios Roohbakhsh and Nelson Larios, alleged in lawsuits in state and federal courts that Chadron State College and its Title IX office failed to intervene adequately in an allegedly abusive relationship between the young woman and her boyfriend from high school, who had become a Chadron State football player.

One of the lawyers for the parents, Christopher Welsh of Omaha, said the settlement agreement is “unique” because of the nonmonetary measures agreed to by the college.

Chadron State settles with the parents of a young woman who killed herself five years ago in a dormitory.

No 'Hokey Pokey,' but wedding receptions can resume June 1 in Nebraska

Engaged couples and grieving families will see loosened restrictions starting June 1 for weddings and funerals in most parts of Nebraska.

Gov. Pete Ricketts announced the new rules, which will be in place in 89 of the state’s 93 counties, on Thursday. Excluded from the eased restrictions are Hall, Hamilton, Merrick and Dakota Counties, which have seen disproportionately high numbers of coronavirus cases.

No 'Hokey Pokey,' but wedding receptions can resume June 1 in Nebraska

Self-serve buffets and salad bars are prohibited. Venue staff must serve food directly to all individuals. 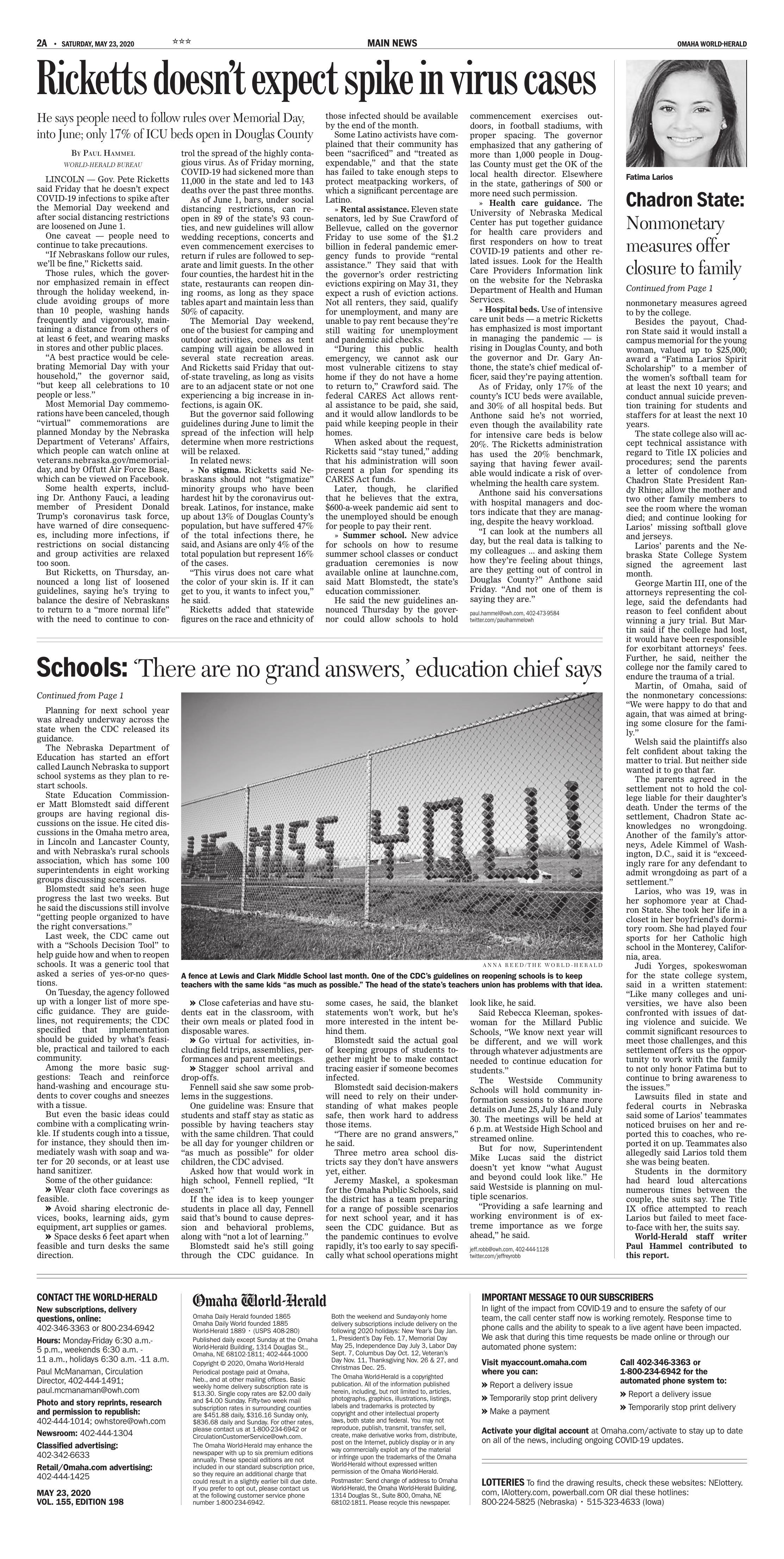