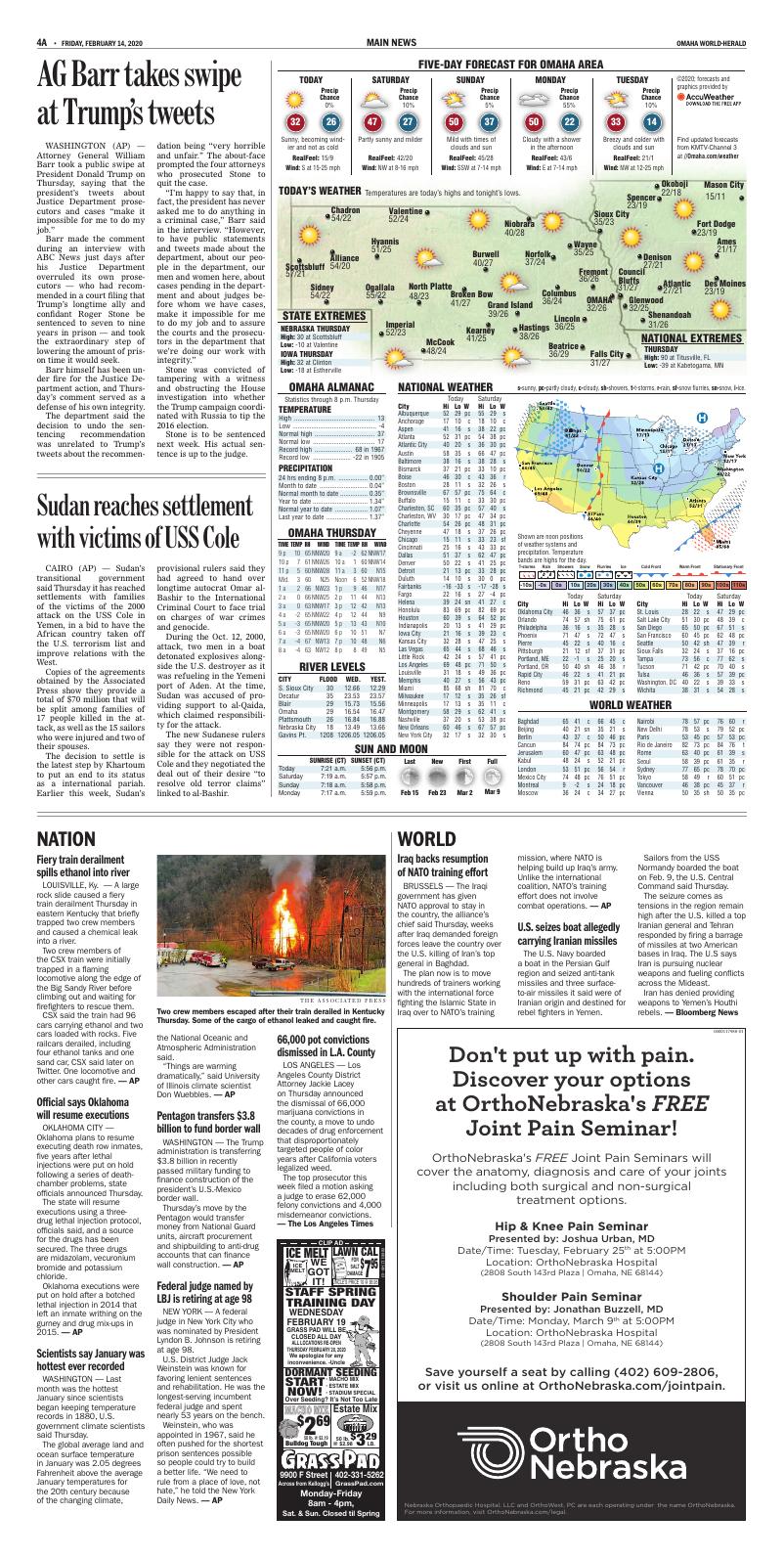 WASHINGTON (AP) — Attorney General William Barr took a public swipe at President Donald Trump on Thursday, saying that the president's tweets about Justice Department prosecutors and cases "make it impossible for me to do my job."

Barr made the comment during an interview with ABC News just days after his Justice Department overruled its own prosecutors — who had recommended in a court filing that Trump's longtime ally and confidant Roger Stone be sentenced to seven to nine years in prison — and took the extraordinary step of lowering the amount of prison time it would seek.

Barr himself has been under fire for the Justice Department action, and Thursday's comment served as a defense of his own integrity.

The department said the decision to undo the sentencing recommendation was unrelated to Trump's tweets about the recommendation being "very horrible and unfair.'' The about-face prompted the four attorneys who prosecuted Stone to quit the case.

"I'm happy to say that, in fact, the president has never asked me to do anything in a criminal case," Barr said in the interview. "However, to have public statements and tweets made about the department, about our people in the department, our men and women here, about cases pending in the department and about judges before whom we have cases, make it impossible for me to do my job and to assure the courts and the prosecutors in the department that we're doing our work with integrity."

Stone was convicted of tampering with a witness and obstructing the House investigation into whether the Trump campaign coordinated with Russia to tip the 2016 election.

Stone is to be sentenced next week. His actual sentence is up to the judge.

CAIRO (AP) — Sudan's transitional government said Thursday it has reached settlements with families of the victims of the 2000 attack on the USS Cole in Yemen, in a bid to have the African country taken off the U.S. terrorism list and improve relations with the West.

Copies of the agreements obtained by the Associated Press show they provide a total of $70 million that will be split among families of 17 people killed in the attack, as well as the 15 sailors who were injured and two of their spouses.

The decision to settle is the latest step by Khartoum to put an end to its status as a international pariah. Earlier this week, Sudan's provisional rulers said they had agreed to hand over longtime autocrat Omar alBashir to the International Criminal Court to face trial on charges of war crimes and genocide.

During the Oct. 12, 2000, attack, two men in a boat detonated explosives alongside the U.S. destroyer as it was refueling in the Yemeni port of Aden. At the time, Sudan was accused of providing support to al-Qaida, which claimed responsibility for the attack.

The new Sudanese rulers say they were not responsible for the attack on USS Cole and they negotiated the deal out of their desire "to resolve old terror claims" linked to al-Bashir. 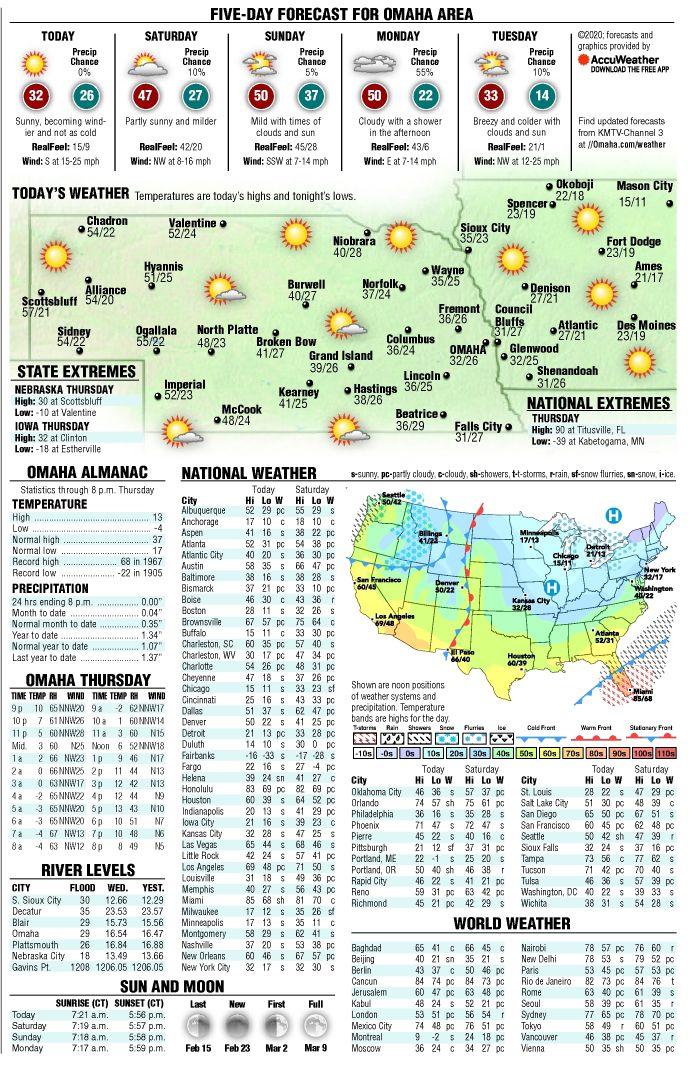 Two crew members escaped after their train derailed in Kentucky Thursday. Some of the cargo of ethanol leaked and caught fire.

Two crew members of the CSX train were initially trapped in a flaming locomotive along the edge of the Big Sandy River before climbing out and waiting for firefighters to rescue them.

The state will resume executions using a threedrug lethal injection protocol, officials said, and a source for the drugs has been secured. The three drugs are midazolam, vecuronium bromide and potassium chloride.

Oklahoma executions were put on hold after a botched lethal injection in 2014 that left an inmate writhing on the gurney and drug mix-ups in 2015.— AP

The global average land and ocean surface temperature in January was 2.05 degrees Fahrenheit above the average January temperatures for the 20th century because of the changing climate, the National Oceanic and Atmospheric Administration said.

Thursday's move by the Pentagon would transfer money from National Guard units, aircraft procurement and shipbuilding to anti-drug accounts that can finance wall construction.— AP

Federal judge named by LBJ is retiring at age 98

NEW YORK — A federal judge in New York City who was nominated by President Lyndon B. Johnson is retiring at age 98.

U.S. District Judge Jack Weinstein was known for favoring lenient sentences and rehabilitation. He was the longest-serving incumbent federal judge and spent nearly 53 years on the bench.

Weinstein, who was appointed in 1967, said he often pushed for the shortest prison sentences possible so people could try to build a better life. "We need to rule from a place of love, not hate," he told the New York Daily News.— AP

The top prosecutor this week filed a motion asking a judge to erase 62,000 felony convictions and 4,000 misdemeanor convictions.

BRUSSELS — The Iraqi government has given NATO approval to stay in the country, the alliance's chief said Thursday, weeks after Iraq demanded foreign forces leave the country over the U.S. killing of Iran's top general in Baghdad.

The U.S. Navy boarded a boat in the Persian Gulf region and seized anti-tank missiles and three surfaceto-air missiles it said were of Iranian origin and destined for rebel fighters in Yemen.

Sailors from the USS Normandy boarded the boat on Feb. 9, the U.S. Central Command said Thursday.

The seizure comes as tensions in the region remain high after the U.S. killed a top Iranian general and Tehran responded by firing a barrage of missiles at two American bases in Iraq. The U.S says Iran is pursuing nuclear weapons and fueling conflicts across the Mideast. 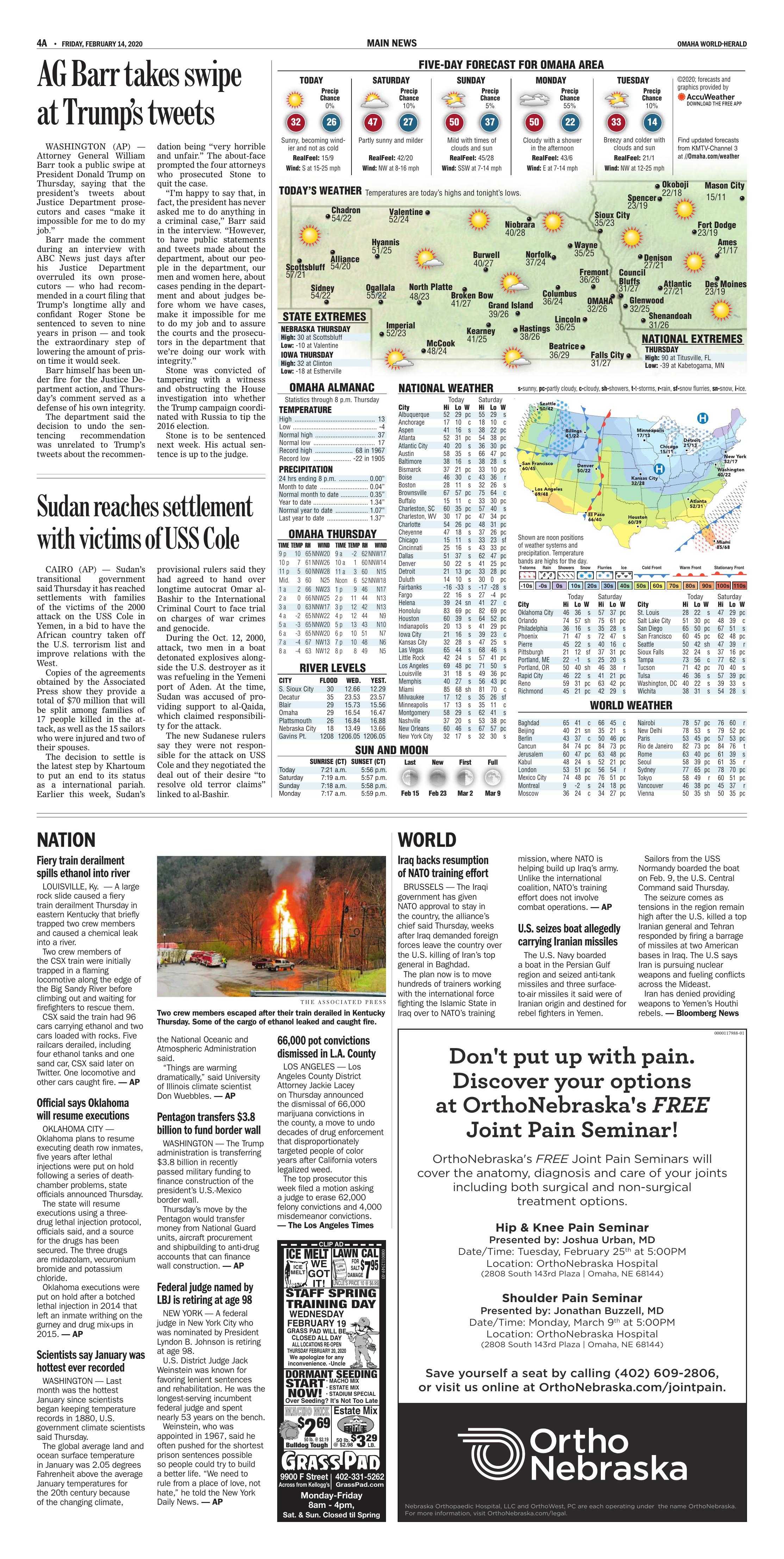