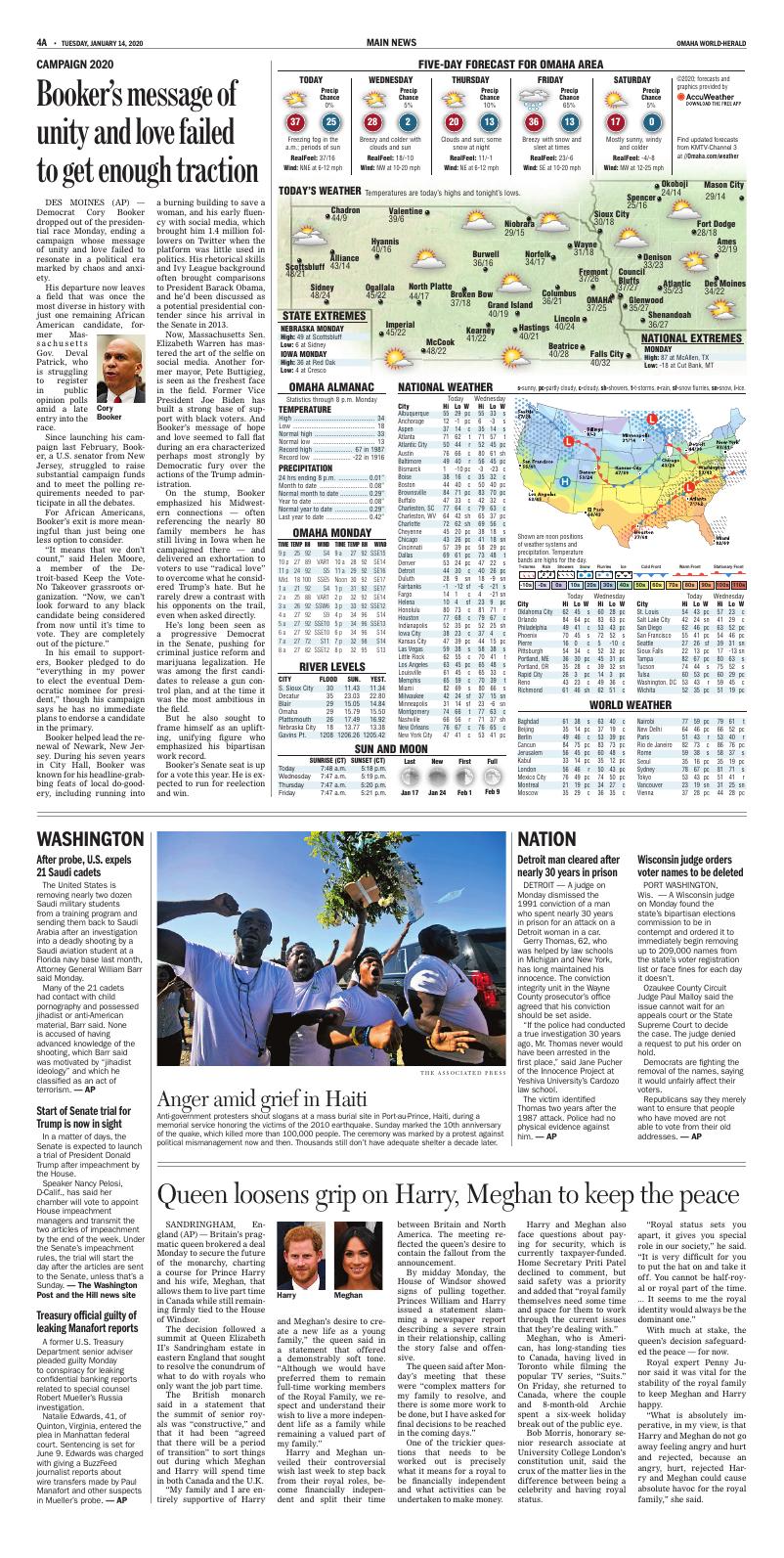 Articles
Booker's message of unity and love failed to get enough traction
CAMPAIGN 2020
01.14.20

DES MOINES (AP) — Democrat Cory Booker dropped out of the presidential race Monday, ending a campaign whose message of unity and love failed to resonate in a political era marked by chaos and anxiety.

His departure now leaves a field that was once the most diverse in history with just one remaining African American candidate, former Massachusetts Gov. Deval Patrick, who is struggling to register in public opinion polls amid a late entry into the race.

Since launching his campaign last February, Booker, a U.S. senator from New Jersey, struggled to raise substantial campaign funds and to meet the polling requirements needed to participate in all the debates.

For African Americans, Booker's exit is more meaningful than just being one less option to consider.

"It means that we don't count," said Helen Moore, a member of the Detroit-based Keep the VoteNo Takeover grassroots organization. "Now, we can't look forward to any black candidate being considered from now until it's time to vote. They are completely out of the picture."

In his email to supporters, Booker pledged to do "everything in my power to elect the eventual Democratic nominee for president," though his campaign says he has no immediate plans to endorse a candidate in the primary.

Booker helped lead the renewal of Newark, New Jersey. During his seven years in City Hall, Booker was known for his headline-grabbing feats of local do-goodery, including running into a burning building to save a woman, and his early fluency with social media, which brought him 1.4 million followers on Twitter when the platform was little used in politics. His rhetorical skills and Ivy League background often brought comparisons to President Barack Obama, and he'd been discussed as a potential presidential contender since his arrival in the Senate in 2013.

Now, Massachusetts Sen. Elizabeth Warren has mastered the art of the selfie on social media. Another former mayor, Pete Buttigieg, is seen as the freshest face in the field. Former Vice President Joe Biden has built a strong base of support with black voters. And Booker's message of hope and love seemed to fall flat during an era characterized perhaps most strongly by Democratic fury over the actions of the Trump administration.

On the stump, Booker emphasized his Midwestern connections — often referencing the nearly 80 family members he has still living in Iowa when he campaigned there — and delivered an exhortation to voters to use "radical love" to overcome what he considered Trump's hate. But he rarely drew a contrast with his opponents on the trail, even when asked directly.

He's long been seen as a progressive Democrat in the Senate, pushing for criminal justice reform and marijuana legalization. He was among the first candidates to release a gun control plan, and at the time it was the most ambitious in the field.

But he also sought to frame himself as an uplifting, unifying figure who emphasized his bipartisan work record.

Booker's Senate seat is up for a vote this year. He is expected to run for reelection and win. 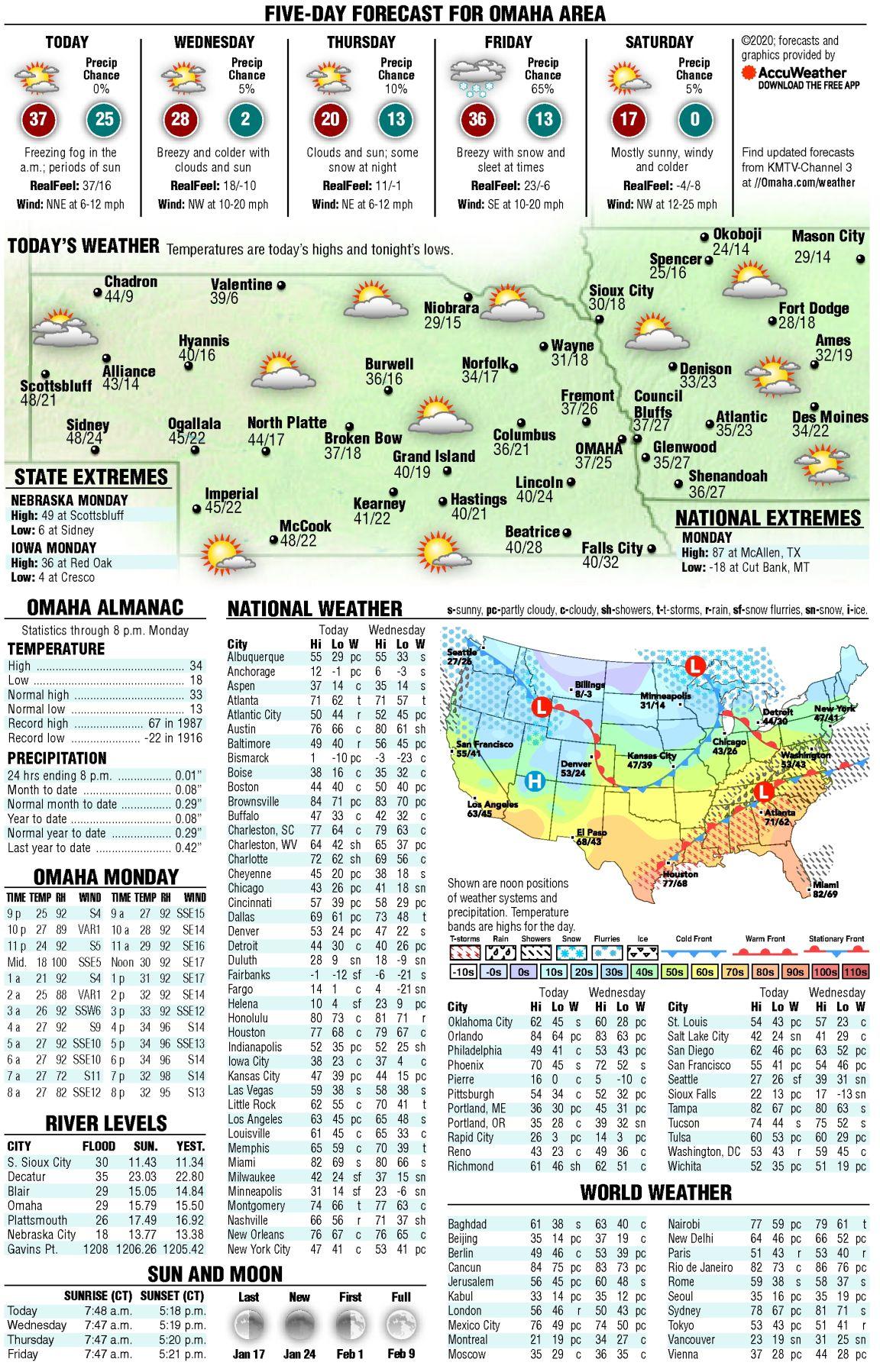 The United States is removing nearly two dozen Saudi military students from a training program and sending them back to Saudi Arabia after an investigation into a deadly shooting by a Saudi aviation student at a Florida navy base last month, Attorney General William Barr said Monday.

Many of the 21 cadets had contact with child pornography and possessed jihadist or anti-American material, Barr said. None is accused of having advanced knowledge of the shooting, which Barr said was motivated by "jihadist ideology" and which he classified as an act of terrorism. — AP

Start of Senate trial for Trump is now in sight

In a matter of days, the Senate is expected to launch a trial of President Donald Trump after impeachment by the House.

Speaker Nancy Pelosi, D-Calif., has said her chamber will vote to appoint House impeachment managers and transmit the two articles of impeachment by the end of the week. Under the Senate's impeachment rules, the trial will start the day after the articles are sent to the Senate, unless that's a Sunday.— The Washington Post and the Hill news site

Natalie Edwards, 41, of Quinton, Virginia, entered the plea in Manhattan federal court. Sentencing is set for June 9. Edwards was charged with giving a BuzzFeed journalist reports about wire transfers made by Paul Manafort and other suspects in Mueller's probe. — AP

Anti-government protesters shout slogans at a mass burial site in Port-au-Prince, Haiti, during a memorial service honoring the victims of the 2010 earthquake. Sunday marked the 10th anniversary of the quake, which killed more than 100,000 people. The ceremony was marked by a protest against political mismanagement now and then. Thousands still don't have adequate shelter a decade later.

DETROIT — A judge on Monday dismissed the 1991 conviction of a man who spent nearly 30 years in prison for an attack on a Detroit woman in a car.

Gerry Thomas, 62, who was helped by law schools in Michigan and New York, has long maintained his innocence. The conviction integrity unit in the Wayne County prosecutor's office agreed that his conviction should be set aside.

"If the police had conducted a true investigation 30 years ago, Mr. Thomas never would have been arrested in the first place," said Jane Pucher of the Innocence Project at Yeshiva University's Cardozo law school.

The victim identified Thomas two years after the 1987 attack. Police had no physical evidence against him.— AP

PORT WASHINGTON, Wis. — A Wisconsin judge on Monday found the state's bipartisan elections commission to be in contempt and ordered it to immediately begin removing up to 209,000 names from the state's voter registration list or face fines for each day it doesn't.

Ozaukee County Circuit Judge Paul Malloy said the issue cannot wait for an appeals court or the State Supreme Court to decide the case. The judge denied a request to put his order on hold.

Democrats are fighting the removal of the names, saying it would unfairly affect their voters.

Republicans say they merely want to ensure that people who have moved are not able to vote from their old addresses.— AP

SANDRINGHAM, England (AP) — Britain's pragmatic queen brokered a deal Monday to secure the future of the monarchy, charting a course for Prince Harry and his wife, Meghan, that allows them to live part time in Canada while still remaining firmly tied to the House of Windsor.

The decision followed a summit at Queen Elizabeth II's Sandringham estate in eastern England that sought to resolve the conundrum of what to do with royals who only want the job part time.

The British monarch said in a statement that the summit of senior royals was "constructive," and that it had been "agreed that there will be a period of transition'' to sort things out during which Meghan and Harry will spend time in both Canada and the U.K.

"My family and I are entirely supportive of Harry and Meghan's desire to create a new life as a young family,'' the queen said in a statement that offered a demonstrably soft tone. "Although we would have preferred them to remain full-time working members of the Royal Family, we respect and understand their wish to live a more independent life as a family while remaining a valued part of my family.''

Harry and Meghan unveiled their controversial wish last week to step back from their royal roles, become financially independent and split their time between Britain and North America. The meeting reflected the queen's desire to contain the fallout from the announcement.

By midday Monday, the House of Windsor showed signs of pulling together. Princes William and Harry issued a statement slamming a newspaper report describing a severe strain in their relationship, calling the story false and offensive.

The queen said after Monday's meeting that these were "complex matters for my family to resolve, and there is some more work to be done, but I have asked for final decisions to be reached in the coming days."

One of the trickier questions that needs to be worked out is precisely what it means for a royal to be financially independent and what activities can be undertaken to make money.

Harry and Meghan also face questions about paying for security, which is currently tax payer-funded. Home Secretary Priti Patel declined to comment, but said safety was a priority and added that "royal family themselves need some time and space for them to work through the current issues that they're dealing with."

Meghan, who is American, has long-standing ties to Canada, having lived in Toronto while filming the popular TV series, "Suits." On Friday, she returned to Canada, where the couple and 8-month-old Archie spent a six-week holiday break out of the public eye.

Bob Morris, honorary senior research associate at University College London's constitution unit, said the crux of the matter lies in the difference between being a celebrity and having royal status.

"Royal status sets you apart, it gives you special role in our society,'' he said. "It is very difficult for you to put the hat on and take it off. You cannot be half-royal or royal part of the time. ... It seems to me the royal identity would always be the dominant one."

With much at stake, the queen's decision safeguarded the peace — for now.

Royal expert Penny Junor said it was vital for the stability of the royal family to keep Meghan and Harry happy.

"What is absolutely imperative, in my view, is that Harry and Meghan do not go away feeling angry and hurt and rejected, because an angry, hurt, rejected Harry and Meghan could cause absolute havoc for the royal family,'' she said. 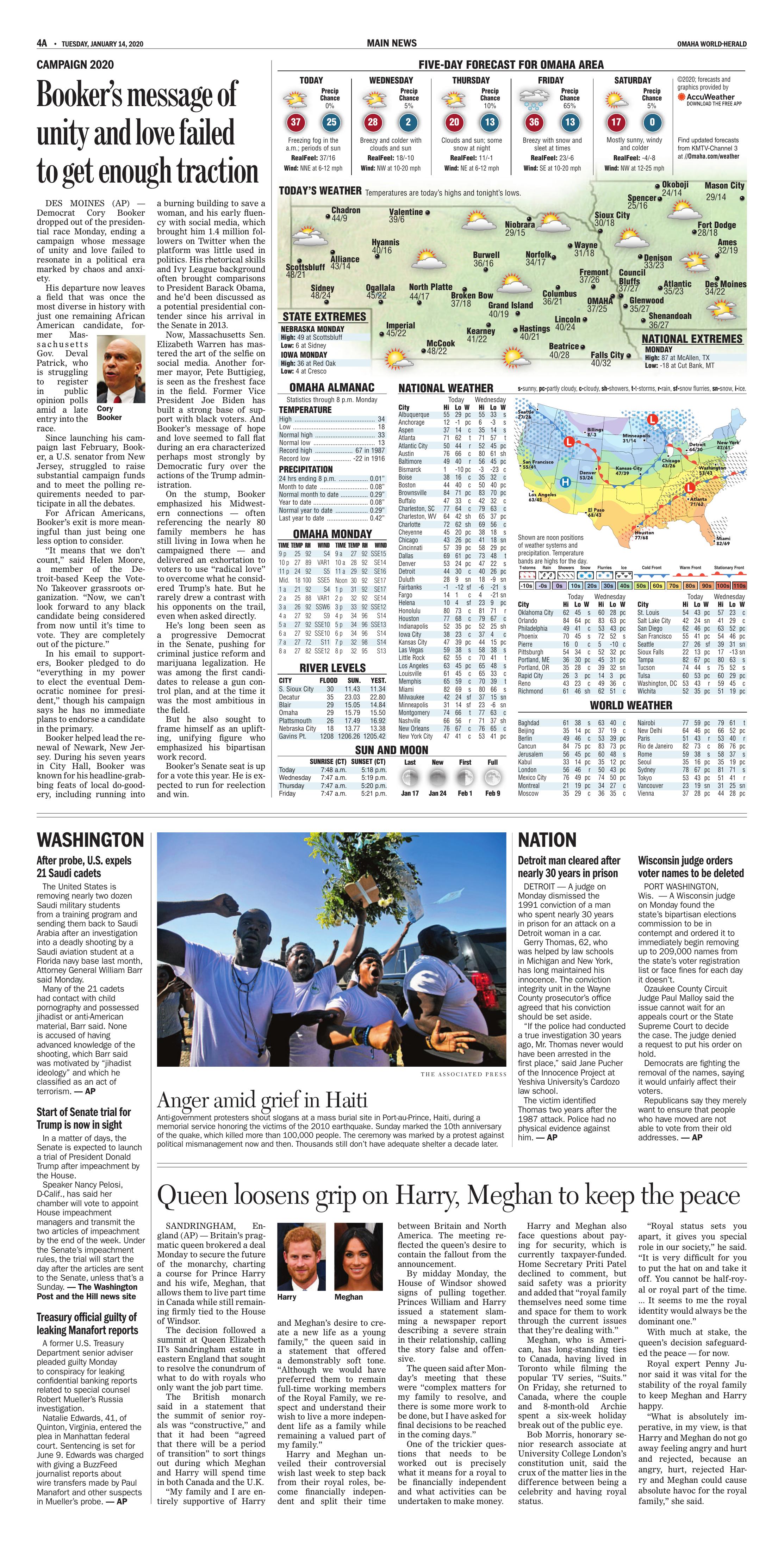