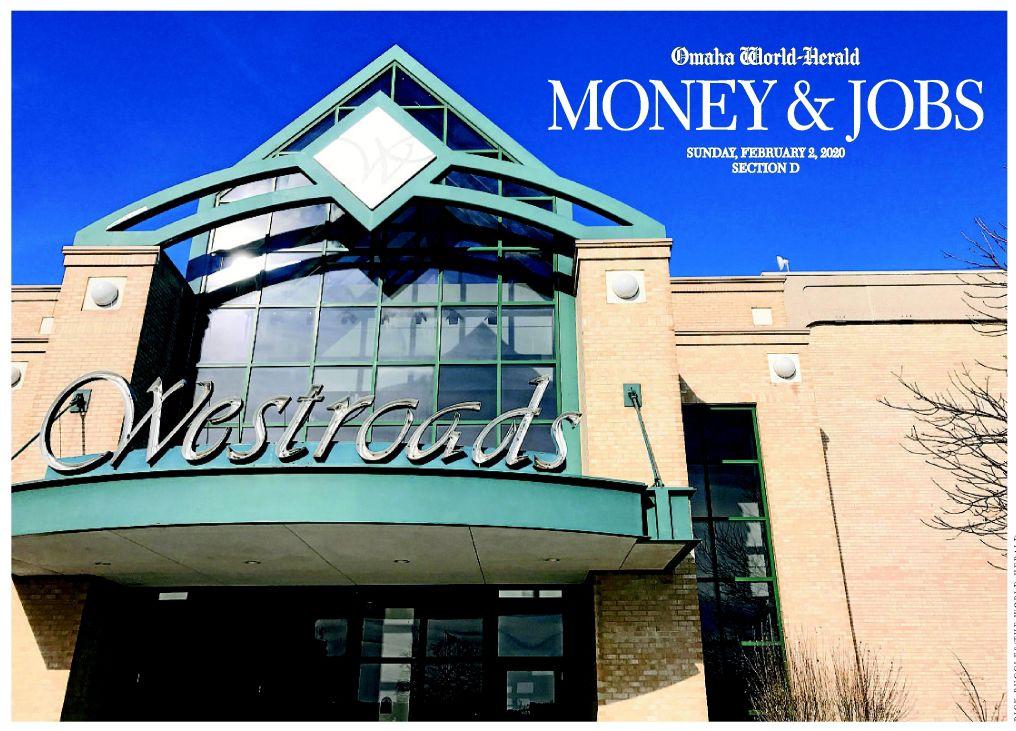 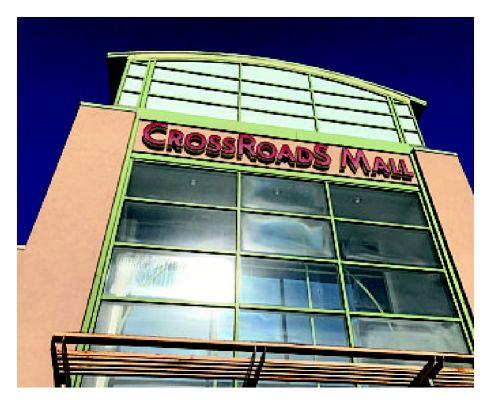 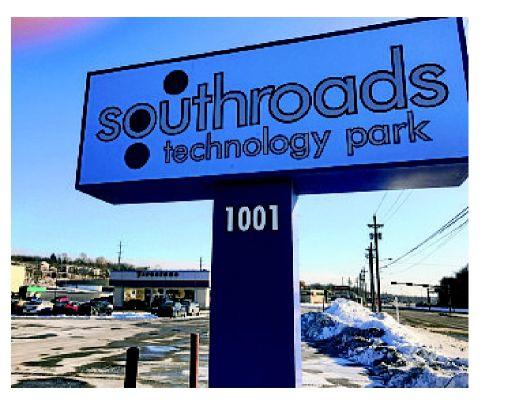 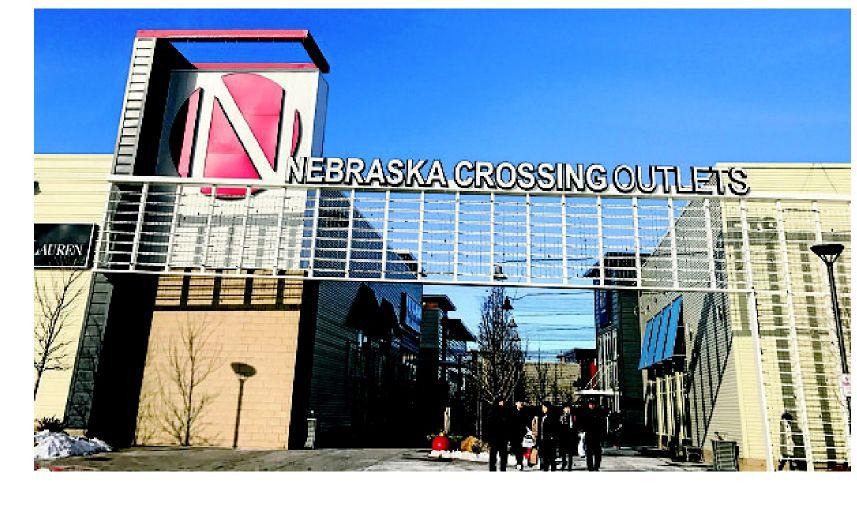 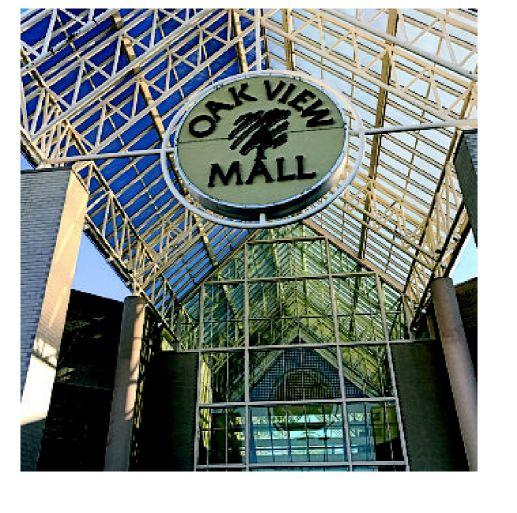 The second floor, which shows remnants of a Dillard's store and a food court, is blocked off. The classic shopping area sputters along, left behind by gleaming rivals and changes in the retail industry.

Redevelopment plans have cropped up in recent years and disappeared. Frank Krejci, owner of Crossroads, said he had nothing new to report.

"Y'know, it breaks my heart that it's turned to this," said Marie Schneider of Omaha, who walked her two dogs, Beau and Luke, through Crossroads. She recalled getting her daughter's First Communion dress there many years ago.

Observers of the American retail industry say multiple reasons go into the success of one large mall or shopping center and the wilting of others. The United States has far more retail stores per capita than many other countries, so the industry is competitive.

Closures of many large stores such as Sears and Younkers, the rise of online shopping, the power of customer perception and the failure to modernize are factors in the decline of some malls and large shopping centers. Customers have become tired of the sameness of malls, an Iowa State University retail observer said.

"Honestly, I'd say it's been a slow burn," Iowa State's Linda Niehm said of the stalling out of malls. "I think the consumer became very tired of it."

A 2016 report by credit rating agency DBRS Morningstar said the United States had 23.5 square feet of retail space per person, compared with Nos. 2 and 3 — Canada with 16.4 square feet and Australia with 11.1 square feet. But the consumer isn't tired of all malls and open-air centers.

Some, including Westroads, Nebraska Crossing Outlets and Village Pointe, appear to be humming along.

Occupancy is about 98% at Westroads, he said, and $14 million in general improvements were made to the mall a few years ago. Also, he said, Westroads is located in an ideal location — near West Dodge Road and Interstate 680. The area is busy, visible and in the center of the city.

"Location certainly is an advantage — or disadvantage," Niehm said. She is a professor in apparel, events and hospitality management.

Large shopping areas have been hit by the closures of big stores under the brands of Macy's, Toys R Us, Office Max, Dillard's, Staples and others, said Edward Dittmer, senior vice president with DBRS Morningstar in New York City.

Some retail chains took beatings when they were purchased by private equity firms, or investment managers, before the recession of 2008. Then those chains were saddled with too much debt, he said, leading to closures and bankruptcies.

And online shopping has chipped away at the stores, although Westroads' Sadler said the incursion has chopped off as little as 10% of business. Some reports say the percentage is higher when you consider only retail items that are typically carried by malls.

Dittmer said every property has its own story, and there is no single reason why big shopping centers might struggle.

Southroads Mall in Bellevue became Southroads Technology Park more than a decade ago. Now it's an odd mix of fitness center, church-related organizations, a restaurant and some other concerns.

"Well, it's not retail," said Jim Kuhn, who likes to walk through the quiet facility with wife Andrea. They saw movies at Southroads a few decades ago. "It was fairly young, new," Kuhn said. The movie theater, like most tenants, moved out.

Kuhn recommended the restaurant tucked inside the old mall, John's Grecian Delight. "You can get a really good meal down there for a really reasonable price," he said.

The bulk of the mall property was expected to be sold late last week.

Mall of the Bluffs in Council Bluffs is "permently" (sic) locked up, according to signs on doors there. Menard's has bought it and intends to redo the area.

Papillion's Shadow Lake Towne Center opened in 2007 as a trendy open-air shopping place. But vacancies have popped up in the center of the shopping area, and what looked fresh a dozen years ago appears to be struggling today.

Brian Lemon, Shadow Lake marketing director, said his center over the past few months has added a Burlington store, Five Below discount store and a Real Deals store, and will soon add an Early Bird cafe. Some vacancies have been national chain closures over which the center had no control, he said.

Oak View Mall in west Omaha also has more than a few vacancies.

"I think it's going under, honestly," said Jessica Moulton of Omaha as she walked through Oak View. "I mean, compared to Westroads."

Amber Bakken, general manager of Oak View, said she would "work diligently to make sure" Oak View remains pleasant. "We do not have specific timing ... but are actively discussing future improvements" for the mall, she said through a statement.

Iowa State's Niehm said the retail industry has morphed and that innovative chains are doing well. Some are carrying less merchandise and need less space, but provide good service and assist customers in making online purchases. Nordstrom Local, she said, has done a good job of using shops as showrooms.

Kohl's smartly got people into its stores, she said, by accepting returns of Amazon purchases. Amazon itself, she said, is toying with brick and mortar stores.

Successful retailers will maximize both online sales and in-store shopping, she said.

Dittmer said stores offering quality clothing at reduced prices, such as Nordstrom Rack and TJ Maxx, have done well. Some outlet stores, which Dittmer said had a bad reputation for a while, have "rehabbed" their images recently and are healthy.

Ella told her parents, Amy and Josh, she wanted to see a mall. They took her to Crossroads. They roamed briefly one way, then the other, looking at the shortage of stores.

"I had no idea that everything was closed here," Josh Thomas said. He told Ella that "this is what's been happening to malls," he said.

They decided to go next door to Target.