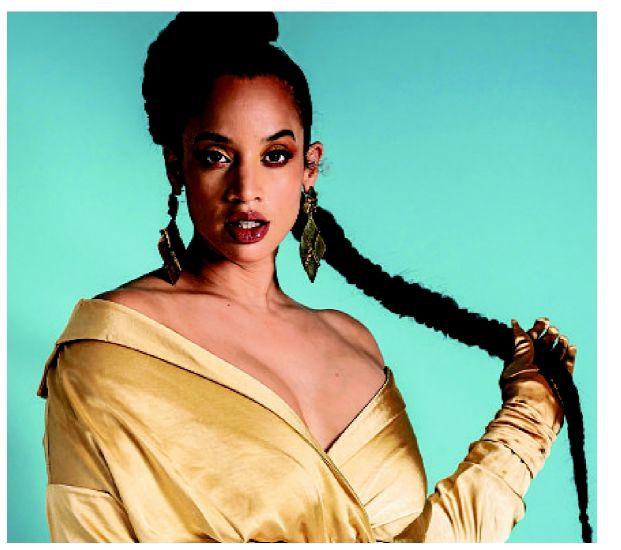 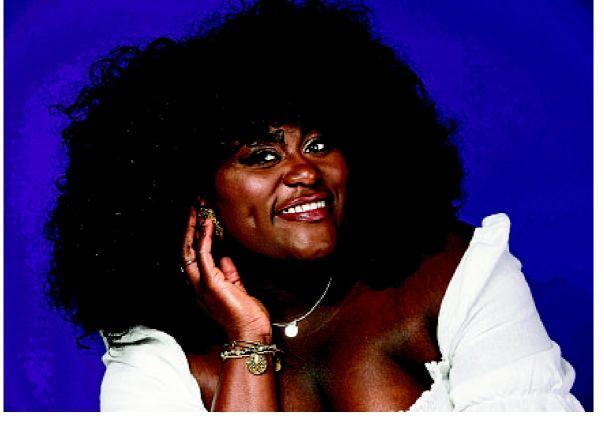 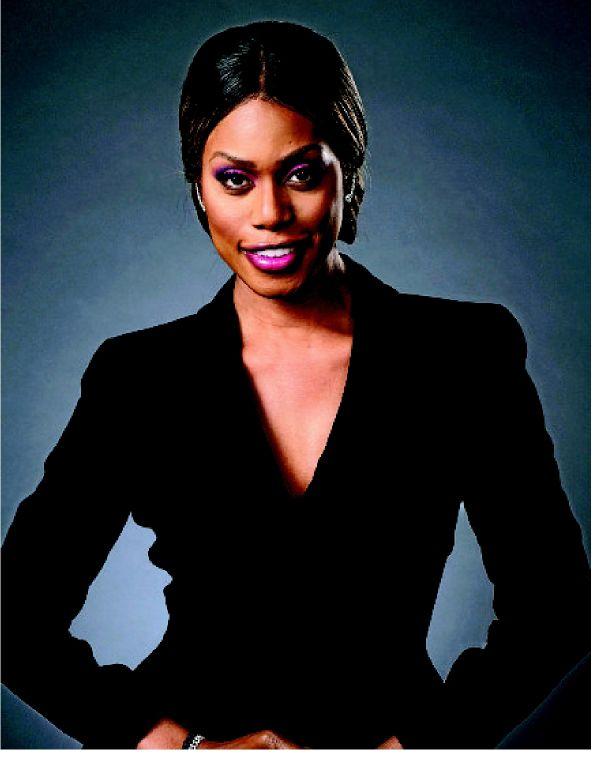 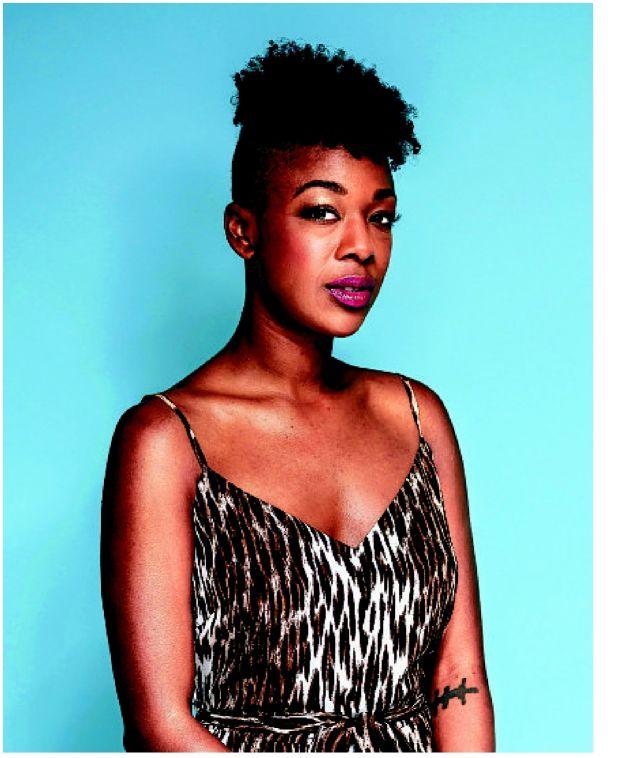 NEW YORK (AP) — From corrupt, brutal overseers to the fraught world of inmate hierarchy to unlikely friendships and romances, "Orange Is the New Black" told deeply rich and complex stories about life for women behind bars that resonated far beyond prison walls.

While it was originally centered around the privileged white character of Piper Chapman (played by Taylor Schilling), the supporting characters — some quirky, some volatile, some comic, some tragic — became the show's breakout stars.

The award-winning Netflix series also became a showcase for actresses of color, thanks to nuanced story lines with depth that have often proved elusive.

It's no surprise that some of themwent on to become the show's biggest draws.

As the hit dramedy winds down with the seventh and final season on July 26, those actresses take a look back at the profound impact the series had on their lives.

A not-so-funny thing happened to Uzoamaka Nwanneka Aduba on her way to audition for a different part on the show: She was late.

She thought maybe the faux pas was the universe trying to tell her that acting wasn't her destiny. Aduba, 38, had been trying professionally for about 10 years, with small victories, but she quit after her tardiness, thinking maybe a law career was the way to go as her parents, of Nigerian descent, preferred.

That's when the life-changing phone call came. There was bad news: She didn't get the part of track star-inmate Janae Watson. But there was also good: She was offered Crazy Eyes instead, though only for a couple of guest appearances. She wore the bantu knots that became the signature style of the character to the audition.

Thank goodness she didn't listen to the universe. Aduba's role was extended and she won two Emmys, two Screen Actors Guild Awards and a Golden Globe.

Like Crazy Eyes sometimes does, she let the muses rule.

"My phone wasn't ringing, with regards to film and television anyway, before our show came out," she told the Associated Press. "It just felt surreal, I think, for a lot of us to even be having this sort of experience."

Now, with her higher profile, she has a goal: "I am trying to tell the stories of the missing, the people and the voices that are missing in the tapestry."

For so many in the cast, the Medfield, Massachusetts-raised Aduba said, "We had been living on the Island of Misfit Toys and being made to feel as though there was no place for us, when the truth of the matter is space just needed to be made."

WHAT'S NEXT:Coming projects include the film "Beats" and the FX series "Mrs. America."

The LGBTQ activist didn't quit her day job at the drag spot Lucky Cheng's in Manhattan until after the first season of "Orange" wrapped. But it wasn't long until she made history as the first trans person on the cover of Time magazine.

"I just cried," she said. The magazine's story accompanying the cover on the transgender tipping point had her describing her childhood in Mobile, Alabama, growing up bullied and harassed for presenting as feminine. She came out as trans years later while working in New York City, where she took up acting.

Thanks to "Orange," where her character rode out cycles of acceptance, hatred and violence, Cox has used her star platform to educate the world and push for just treatment of LGBTQ people everywhere.

So much has changed for Cox in the show's seven-year run.

"Seven years ago I turned 40, and I had not had the big breakthrough in my acting career that I had wanted. I was in tons of debt. I thought it was time for me to do something else," she told the AP. "I was like, 'I should go back to graduate school' and I bought some GRE study materials from a friend of mine."

Then she auditioned for "Orange," "and here we are."

For years at Lucky Cheng's she'd tell co-workers she wanted to be an actor and win awards, "and they'd be like, yeah, right, whatever," Cox recalled. "A black trans woman in 2010 saying she wants to be a big star was like, 'Yeah right, yeah cool.' Who knew?"

As the brash Taystee, Brooks showed the way not just for other actors of color, but for women of size.

The Augusta, Georgia-born Brooks was well on her way doing theater when "Orange" happened after she graduated with a bachelor's from the Juilliard School.

Brooks is also a singer, earning a Tony nomination for Sofia (Oprah's film part) in the 2015 Broadway production of "The Color Purple." She dropped a music video in February for Black History Month featuring herself all glammed up and wet in a bathtub singing "Black Woman," which includes the lyrics: "The world tells me there is space for me, if I cinch it up and I sew it in, the world tells me it'll all be mine, with some lashes on and some lighter eyes."

The song, Brooks told the AP, was "my way of healing myself" while encouraging others to accept who they are.

Brooks' mom is a minister and her dad a church deacon. Church taught her a lot about how to present herself to the world and the importance of prioritizing selflove. Now, she wants to "show the industry: Look what happens when you give people opportunity."

The 29-year-old Brooks was working as a waitress in New York City ("I was a horrible waitress") when her agent got her an audition for "Orange," though initially only two episodes were promised.

"I almost said no to it because I didn't get to read the script and when I saw the scene that I was going to be in I had to be topless. I was like, oh no. I'm from South Carolina. I grew up in a very religious household. I was nervous also about playing a stereotype, of the black woman who the world might consider sassy and loud and angry. To put that on TV, I was not sure about it."

She's obviously glad she did. "It has completely changed my life," Brooks said. She believes it also opened doors for nontraditional shows featuring full casts of color on TV.

"How much has the world changed, how much has Hollywood changed where you can have shows like 'Pose,' you can have 'Insecure' and 'Atlanta' and a plethora of other shows out there where the lead can look different from what we've seen before?"

WHAT'S NEXT:She appears in the film "Clemency" and is working on an EP. She is also expecting her first child.

Wiley was a bartender for two and a half years after she, too, graduated Julliard when she auditioned for "Orange." There were no promises that lesbian character Poussey would be a recurring role. After she got the job, she stayed at Fred's Restaurant in Manhattan for the first couple of seasons.

"I didn't want to be stupid about it and quit my job and then end up nowhere," she told the AP.

Like her character, Wiley is gay. Raised in Washington, D.C., Wiley's sexuality was embraced by her liberal pastor parents, which she considers key to her success. She's an advocate for LGBTQ, immigration and prison reform causes.

Wiley, 32, was not publicly out in those early seasons of "Orange." She credits Poussey with giving her the strength and confidence to come into her own, both as an actor and a gay black woman. Wiley appeared on the cover of Out magazine for its 20th anniversary to seal the deal.

"I think deep down, the both of us, Poussey and I, are just like really open and honest people with our hearts," Wiley said. "There are real Pousseys out there, in prison, not in prison, being thrown away because people think they don't matter."

Wiley won three Screen Actors Guild Awards for Poussey. She went on to receive an Emmy nomination in 2017 for her portrayal of Moira in the Hulu series "The Handmaid's Tale" and won an Emmy for that part the following year.

WHAT'S NEXT:Wiley appears in the film "BIOS" and is working in a comedy, "Breaking News in Yuba County."

She had dreamed of becoming an actor as a child but thought her weight might hold her back, so she put herself through Hunter College instead, going to school as a teen mother raising a young daughter.

The Dominican Republic-born Polanco went on to earn a bachelor's in psychology and worked in a hospital as she studied to be a nurse (and eventually had a second child, a son). But over time, she decided to pursue acting.

After minor roles in two TV series, she was cast in "Orange" in 2012. "I had three jobs at the time and I was also finishing my nursing clinicals," she said of life before the show.

"We are the reality," she added. "Hollywood has been very exclusive in who they consider an actor, who they want to depict on screens."

Polanco, who is also a songwriter, now values her versatility as an actor who doesn't fit the Hollywood mold, though the early years were nerve-wracking.

"We can all relate to that, not feeling enough. I was very fearful of going out to auditions and being told, well you have to lose weight, well your hair is curly," she said. "You come across this discrimination and this prejudice and you don't realize how much they affect you. ... It's learning how to embrace those scars and how we use it as foundation and not as identity."

It's not always easy. While acting and music are passions, "I'm still out here not getting roles," Polanco said.

WHAT'S NEXT:She plays Cuca in the film version of the stage musical "In the Heights" and worked in the film "iGilbert."