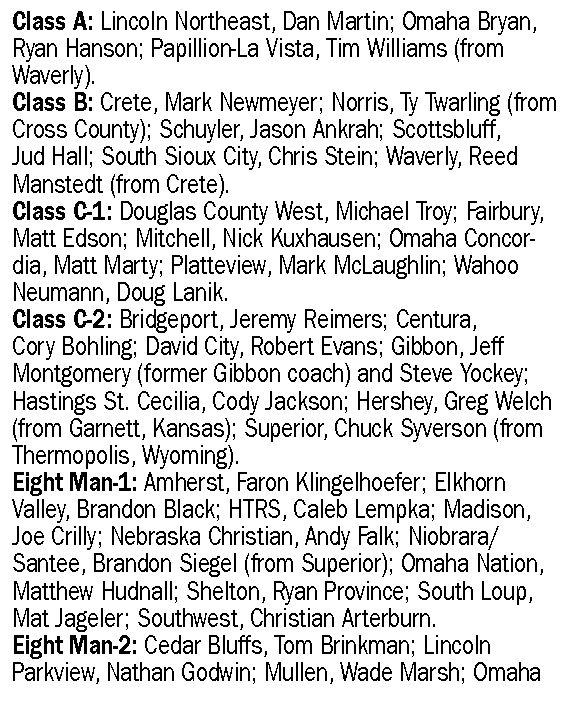 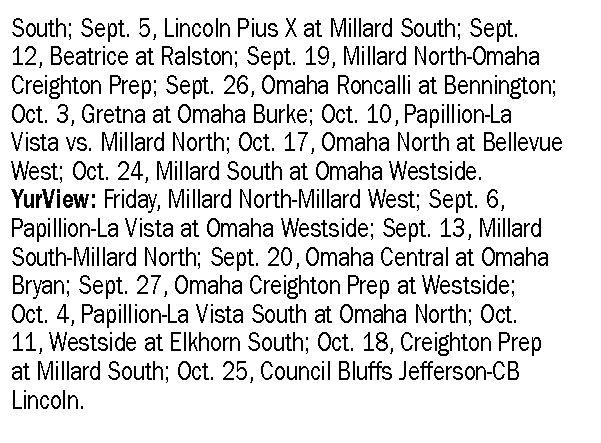 Mark Macke of Lincoln High and Ryan Thompson of Ashland Greenwood will be the head coaches for next year's Nebraska Shrine Bowl. The 62nd annual game will be June 6 in Kearney.

Macke was a Shrine assistant in 2011.

When the Nebraska high school football season opens this week, 47 teams will have new coaches.

Only three Class A schools are on the list: Lincoln Northeast, Omaha Bryan and Papillion-La Vista.

Franklin and Wallace have forfeited their eight-man schedules this season and are playing six-man junior varsity schedules.

The NSAA was able to get replacement games for all of the opponents for the two teams except Kenesaw and Lawrence-Nelson, schools already playing each other.

Marty Hingst is beginning his 41st season as Milford coach, the longest active tenure at one school. Bill Mimick at Humphrey/Lindsay Holy Family is starting his 44th season as a head coach.

In Class A, Mark Wortman is entering his 40th year at Elkhorn, the only place he has been a head coach, and Fred Petito his 37th at Millard North and 39th overall. — Stu Pospisil