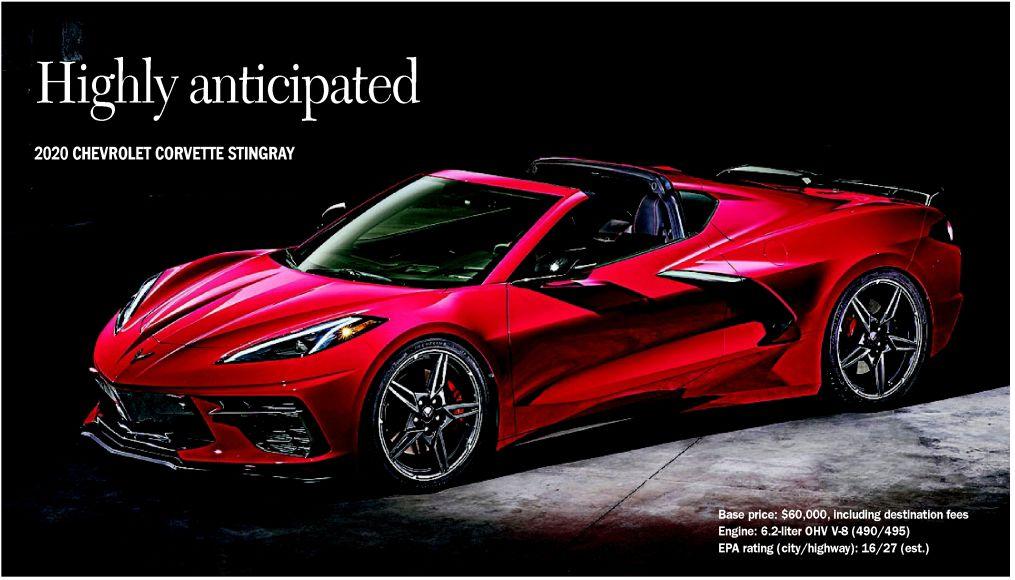 For the first time in its history, the Corvette has the engine behind the seats instead of in front, pointing the way to a whole new future for the car as it severs ties to the past. 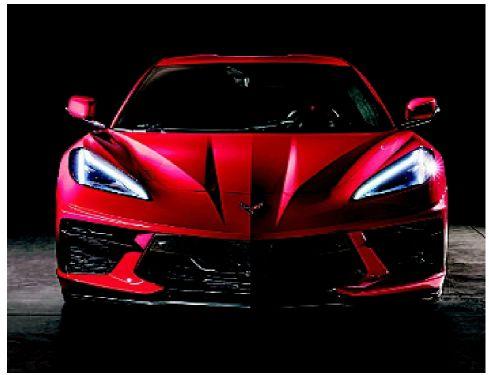 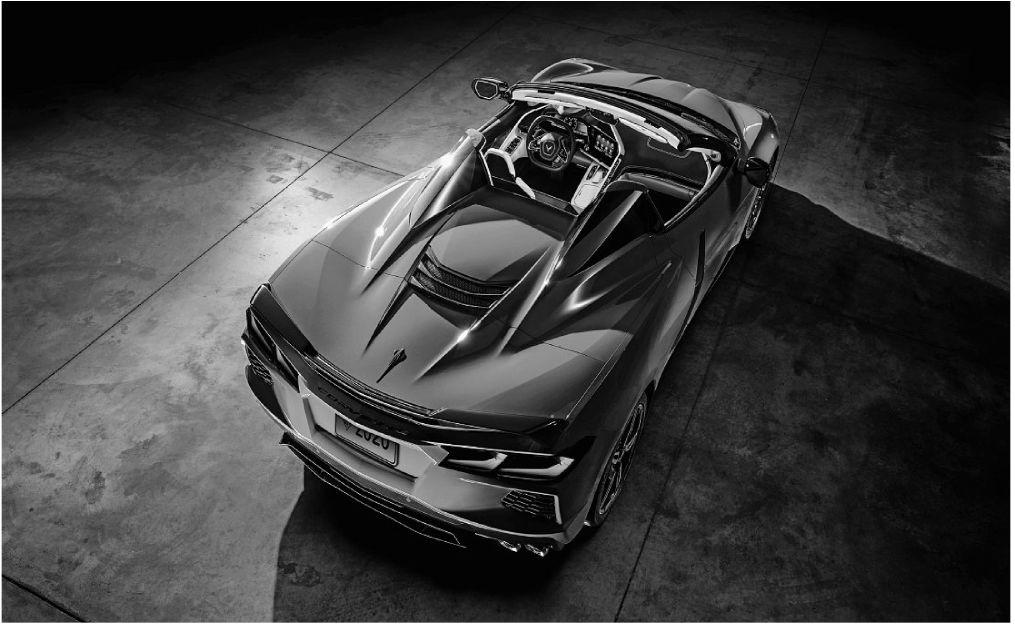 The 2020 Chevrolet Corvette Stingray Convertible. The groundbreaking interior has an almost singular focus on the driver. But some enthusiasts will be saddened by the lack of a manual transmission.

For the first time in its history, the Corvette has the engine behind the seats instead of in front, pointing the way to a whole new future for the car as it severs ties to the past.

The 2020 Chevrolet Corvette Stingray Convertible. The groundbreaking interior has an almost singular focus on the driver. But some enthusiasts will be saddened by the lack of a manual transmission.

Base price: $60,000, including destination fees

Perhaps not since the first Sting Ray broke cover for the 1963 model year has there been a more highly anticipated Corvette.

Why? Two reasons. First, the engine is in the back and not the front, immediately making the 2020 Stingray a more exotic machine than any previous Corvette. Second, the base price is $60,000, which isn't exotic money.

Certainly some Corvette fans are not happy that their favorite sports car now looks like it was created in Europe and not in America, but their grumbling is drowned out by the praise.

From any angle, the new Corvette is stunning. And yes, it does look European in nature; especially the pointy nose, low hood and massive windshield. Chevrolet says their shapes were inspired by fighter jets, which is easy to see.

Other aspects of the design, however, such as the in-your-face air intakes positioned ahead of the extra-wide rear fenders, add some

The rear window gives gawkers a peek at the engine bay, while the extended-length rear deck opens to reveal trunk space aft of the engine that Chevrolet says can hold two sets of golf clubs. It's also where the removable body-colored roof panel is stowed. Translucent and carbon-fiber panels are optional.

A smaller cargo hold in front — the frunk, as it's called — is good for an airline-approved carry-on suitcase or a few grocery bags.

For the convertible — which costs a mere $7,500 more than the base coupe — the power-operated rear deck opens, clamshell-style, then the roof section retracts to rest above the engine before the deck returns to its original position. The process takes 16 seconds and can be done at vehicle speeds up to 30 mph.

The Corvette's interior is almost as radical as the body. The unusual steering wheel is flat on the top and the bottom and might take some getting used to. The 12-inch configurable instrument display and the 8-inch touch-screen (angled toward the driver) appear to have been influenced by hardcore video gamers. Most obvious, though, the driver is separated from the passenger by a wall topped with a lengthy row of buttons and switches almost entirely needed for the climate-control system.

As is the trend these days, switches and pushbuttons have replaced the traditional shift lever, clearly indicating that this Corvette is not available with a manual transmission. Instead, an eight-speed automatic — of the rapid-shift, dual-clutch variety — with paddle shifters handles the gear swapping and hooks to a 6.2-liter V-8 that punches out 490 horsepower and 470 pound-feet of torque. The drive system has six modes, with engine and transmission settings ranging from cruising (soft) to sporting (firm), according to driver preference.

Chevrolet says the Corvette can reach 60 mph from rest in less than three seconds, which is actually as quick (or quicker) than the most powerful seventh-generation front-engine Corvette (the 755-horsepower ZR1).

Part of the credit goes to rear weight bias of the new car (which means more traction), but to pull off that time you'll need the optional launch control. Just keep the throttle floored and the system releases the brakes, immediately dispatching the Stingray with barely a hint of wheel spin.

The extra cost should be no problem considering the Stingray's shockingly low $60,000 starting price (coupe), which includes destination charges. That gets you plenty of content, but along with launch control, most enthusiasts will likely shell out a bit more for the Z51 Performance Package. It includes bigger brakes with cooling outlets, performance suspension and rear-axle ratio, and a performance exhaust system that adds five horsepower.

Other options include an electronic limited-slip differential, rearview mirror/camera, upgraded interior appointments (including a choice of two front-seat designs) and magnetic ride-control shock absorbers that instantly and constantly adjust to road conditions and driver inputs.

Given its wild styling, hot performance and even hotter price, the 2020 Corvette Stingray is understandably in high demand. Deliveries begin in early 2020. But that's likely just the beginning as higher performing models will come on-stream with more exotic power and looks. And likely at a price that's still not exotic.