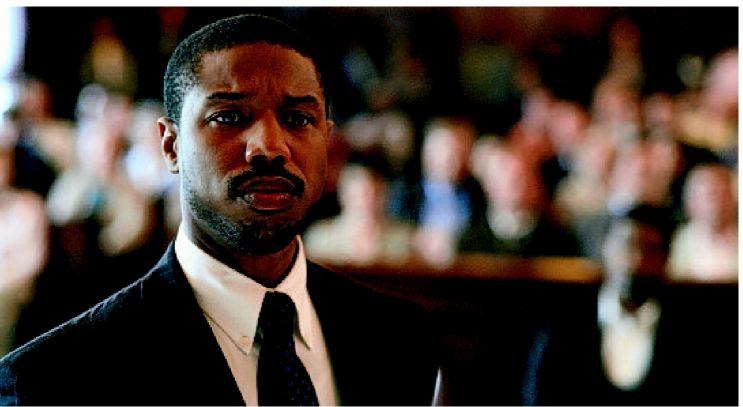 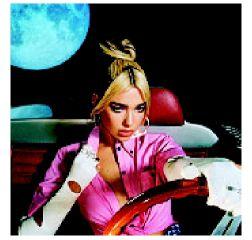 NEW YORK (AP) — Yes, the coronavirus pandemic has canceled concert tours, shut down movie theaters and closed down some bookstores, but there's still plenty to listen to, watch and read while self-distancing.

This week's releases include new albums from Pearl Jam and Dua Lipa, several worthwhile films available for rent and a new novel that tells a story of isolation set against the backdrop of another crisis. There are also some older offerings, from a classic Marilyn Monroe film to one of Scarlett Johansson's early films to a searing look at the O.J. Simpson murder trial, all headed to a TV or streaming device near you.

Here's a collection, curated by the Associated Press' entertainment journalists, of what's arriving on TV, streaming services, music and book platforms this week.

A few movies arrive to video-on-demand slightly early this week, including the Harley Quinn spinoff "Birds of Prey" and "The Way Back," a sports redemption tale about alcoholism featuring a deeply felt performance by Ben Affleck. But don't overlook the sturdy legal thriller "Just Mercy," available to rent Tuesday, with Michael B. Jordan and Jamie Foxx. Adapted from the memoir by civil rights attorney Bryan Stevenson, the film by director Destin Daniel Cretton ("Short Term 12") is about the Harvard-trained lawyer's efforts in a small Alabama town to defend death-row inmates. While it doesn't break much new ground, "Just Mercy" finds plenty of power in its understated tone and affecting performances.

"Directed by Terry Zwigoff": "The great counterculture curmudgeon of American independent cinema" is how the Criterion Channel aptly describes Zwigoff in this series of four films debuting Monday on the streaming service. In sardonic nonfiction and fiction films, Zwigoff combed the land for American oddballs and pockets of wry eccentricity. Included here is Zwigoff's 1995 indelible documentary portrait of comic-book artist Robert Crumb, "Crumb," and "Ghost World," the deadpan 2001 teenage comedy that was an early breakout for Scarlett Johansson.

"A Wrinkle in Time": New to Disney Plus on Wednesday is Ava DuVernay's adaptation of Madeleine L'Engle's sci-fi coming-of-age tale of a girl's self-discovery across the space-time continuum. In her review, AP's Jocelyn Noveck called it "all over the map, in every way possible," but praised the film's diverse casting and newcomer Storm Reid.

"Some Like It Hot": Nobody's perfect, but Billy Wilder's 1959 comedy classic damn near is. The time has never been wrong for this delirious screwball romp. but seldom has it been more right. When it airs on Turner Classic Movies on Wednesday night at 7 p.m., we, as a nation, would do well to huddle around Wilder's warm fire with Jack Lemmon, Tony Curtis and Marilyn Monroe.

Dua Lipa, "Future Nostalgia": While most musicians have scrapped concert plans and changed album release dates due to the rapidly spreading coronavirus, Dua Lipa has moved up the date to her anticipated sophomore project. Originally due to be released April 3, "Future Nostalgia" is now coming out Friday. It's the follow-up to Lipa's 2017 self-titled debut, which is the most streamed album by a female artist in Spotify history and helped the British singer win two Grammy Awards last year, including best new artist. "Future Nostalgia" is already off to a powerful start with the hit "Don't Start Now," which has reached the No. 2 spot on Billboard's Hot 100 chart.

Pearl Jam, "Gigaton": It's been seven years since rock icons Pearl Jam released a new studio album. They're back with "Gigaton," tackling topics like lost friends, the environment and the government — with particularly harsh words for President Donald Trump. In the AP's review of the album, critic Mark Kennedy calls "Gigaton" a "fascinating and ambitious 12-track collection with a cleaner, crisper sound that is studded with interesting textures, topped by Eddie Vedder's still-indignant voice."

5 Seconds of Summer, "CALM": The Australian pop-rockers did the unthinkable when their last album debuted at No. 1 on the pop charts, besting Beyoncé and Jay-Z's surprise collaborative release. 5SOS return with their fourth album this week, continuing to showcase a more mature side to the foursome that debuted on the music scene six years ago barely old enough to drink alcohol in the States. Frequent Post Malone collaborator Louis Bell and hitmaker Andrew Watt — who recently tested positive for the coronavirus — team back up with 5SOS on the new album, which also features songwriting and production work from Ryan Tedder, Charlie Puth and Ali Tamposi.

The football star, the chase and the case that mesmerized 1990s America are back. "O.J. Simpson: Made in America," the 2016 ESPN documentary that won an Oscar, will be shown over three consecutive nights on the cable channel, 6 p.m Tuesday through Thursday. Director Ezra Edelman's nearly eight-hour documentary recounts the slaying of Simpson's ex-wife, Nicole, and her friend Ronald Goldman, and the so-called trial of the century that ended with Simpson's acquittal. But the documentary goes deeper, exploring his life and career through the prism of race and the Civil Rights struggle.

"This Is Us" viewers who spent the season following the ups and downs — many, many downs — of the extended Pearson family get one last episode before the fourth year wraps Tuesday (8 p.m.) on the NBC drama. Get tissues and the immediate longing for next season ready.

"Star Trek: Picard," which heralded Patrick Stewart's return as the stalwart retired Starfleet admiral and former captain, concludes its first year on CBS All Access on Thursday, with the season finale "Et in Arcadia Ego, Part 2" released at 2 a.m. A sophomore year already is promised.

"The Glass Hotel": It's Emily St. JohnMandel's first novel since "Station Eleven," her all-too-timely book about a devastating pandemic. "The Glass Hotel" may well prove just as timely — a story of isolation and displacement set against the financial crisis of 2008.

"The City We Became": The latest novel from award-winning science fiction-fantasy writer N.K. Jemisin may also prove too relevant. "The City We Became" is a surreal and disorienting narrative set in New York City, where people lose their memories or discover graffiti with mysterious power.