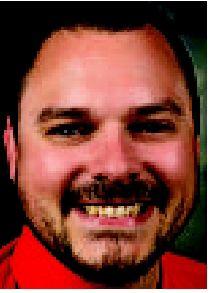 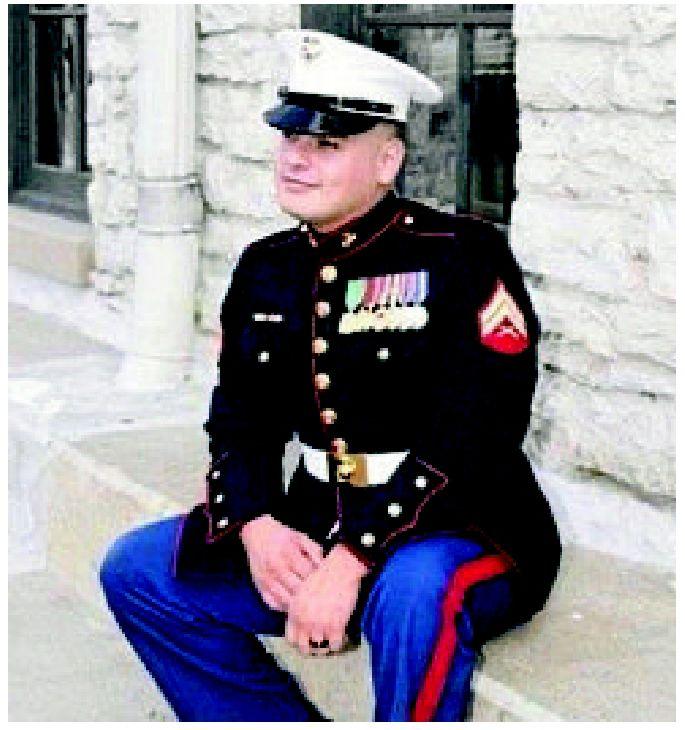 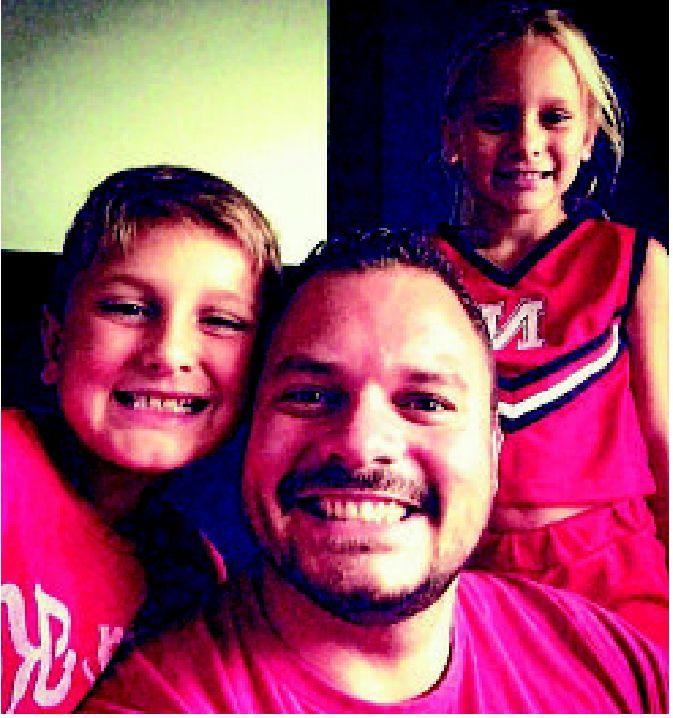 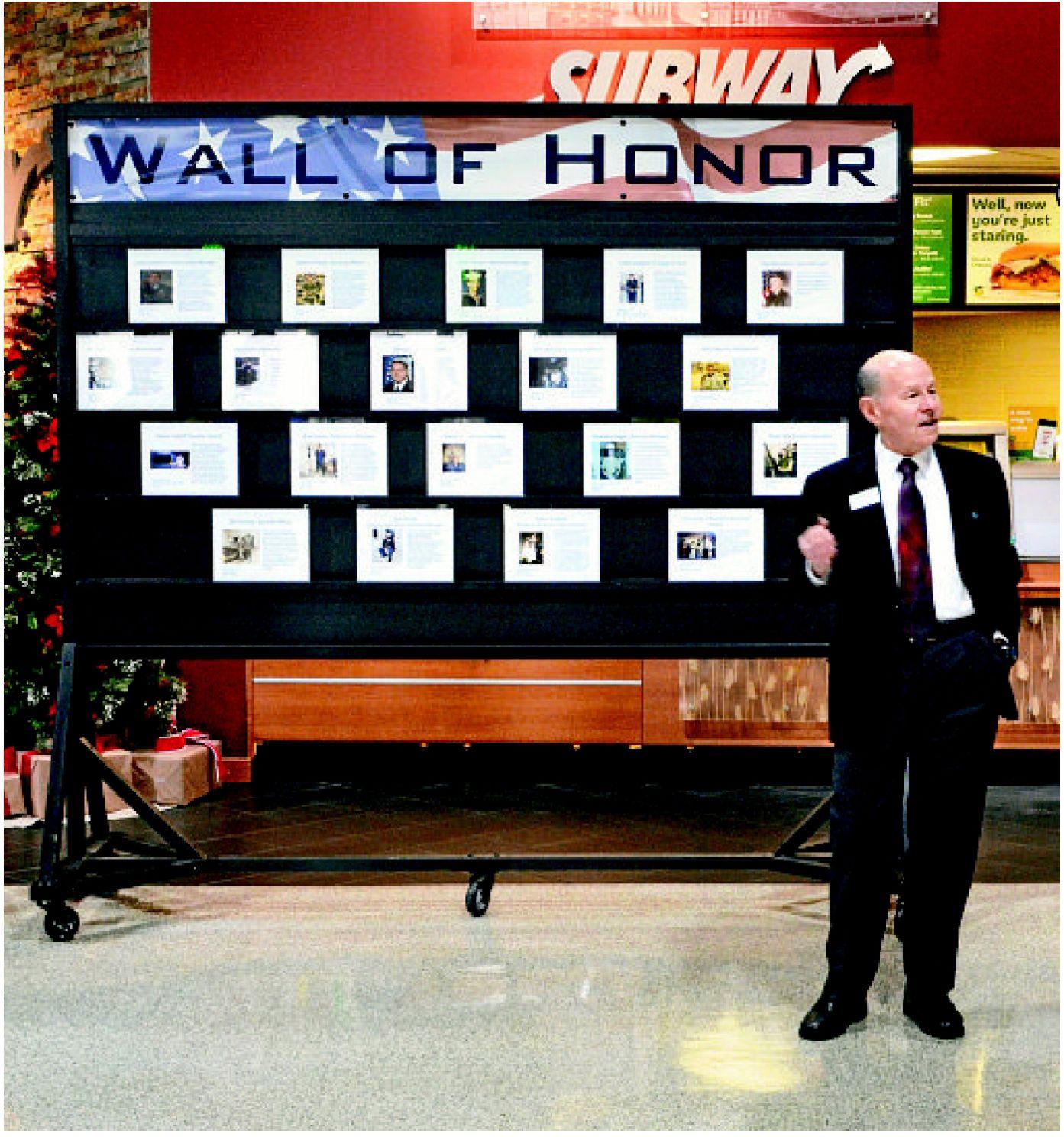 Clockwise from top: Josh Parrish, a Marine Corps veteran, is one of many Nebraska Furniture Mart staff members who have served in the armed forces. His service and that of other NFM employees are celebrated with NFM's Wall of Honor, shown with NFM chairman Ron Blumkin. Parrish is a NFM furniture sales manager and lives in Omaha with his family.

Clockwise from top: Josh Parrish, a Marine Corps veteran, is one of many Nebraska Furniture Mart staff members who have served in the armed forces. His service and that of other NFM employees are celebrated with NFM's Wall of Honor, shown with NFM chairman Ron Blumkin. Parrish is a NFM furniture sales manager and lives in Omaha with his family.

Josh Parrish is surprisingly soft-spoken. But don't mistake that for someone who doesn't have anything to say. He greets people with an easygoing smile, a firm handshake and a confident gleam in his eye that hints at a touch of mischief.

Like most 18-year-olds, Josh didn't know what he wanted to do with his life when he graduated from high school.

"I didn't know if school was what I wanted to do right off the bat," he explains. "I was really indecisive when I graduated high school. I think I had five different options that I thought might sound OK, but I just wasn't sure I wanted to do like six years of school for something I wasn't in love with."

Josh found inspiration from family members who had retired from the Navy and Marine Corps, and his two best friends, who left for military service — one in the Navy, the other in the Army — shortly after graduating from Westside High School.

The opportunity to travel appealed to Josh and after enlisting in the Marine Corps, he soon was headed to California. "Where we're positioned (west of) the Missouri River, everybody goes to California (for training), so they call us the "Hollywood Marines," and (California) was somewhere I had always wanted to visit." After training to be a radio operator in California, Josh was sent to Okinawa, Japan.

His role as a radio operator emphasized the importance of communication. "Japanese is a difficult language to learn. But it's funny how after a few months, you learn how to communicate, even without talking. Or the little you do know, you can actually start to have a conversation."

Six months into his two-year assignment in Japan, Josh found out how in-demand radio operators were. He was transferred to a unit in Hawaii that briefly deployed to Iraq, before returning to Okinawa to finish his assignment.

After Japan, he was excited to receive orders to go back to California, but that trip was short-lived — his unit was headed to Afghanistan two months later. After completing that tour, he finished his service in the Marine Corps with 10 months in California.

When his four-year commitment was over, Josh returned to Omaha to settle down with his family and started a new career at Nebraska Furniture Mart.

In his eight years at NFM, Josh has held positions in different departments including Machine Ops and Builder Sales and worked as a Delivery Ops Assistant Manager. He's currently a Sales Manager in Furniture where he helps lead and develop the sales staff.

As Josh continues to grow in his role at NFM, his family has also grown with the arrival of a son in 2011 and a daughter in 2013. He credits much of his personal and professional growth to his military service.

"It really helped build a lot of my character, who I am. A lot of my managerial style and the decisions I make and how I go about collecting the data to make those decisions; if it wasn't for the Marine Corps, maybe I wouldn't be as strong in those areas as I am today."

He emphasizes that the opportunity to travel in the Marine Corps helped expand his worldview and taught him how to be decisive and adaptable.

Josh still enjoys traveling. "I love the water and love the ocean." But he also adds that "Omaha's the best place to raise kids." Josh is one of many veterans in the NFM family. As a member of the community, NFM recognizes the leadership and service of staff members like Josh who have served in America's armed forces. That's why, during the month of November, the company celebrates Military Appreciation Month with in-store displays honoring the service of NFM staff members who wore the uniform. The company also encourages its customers to stop by and get to know some of the veterans who help make NFM an outstanding place to work and shop.

From the entire NFM family to all the men and women of our armed forces, thank you for your service.