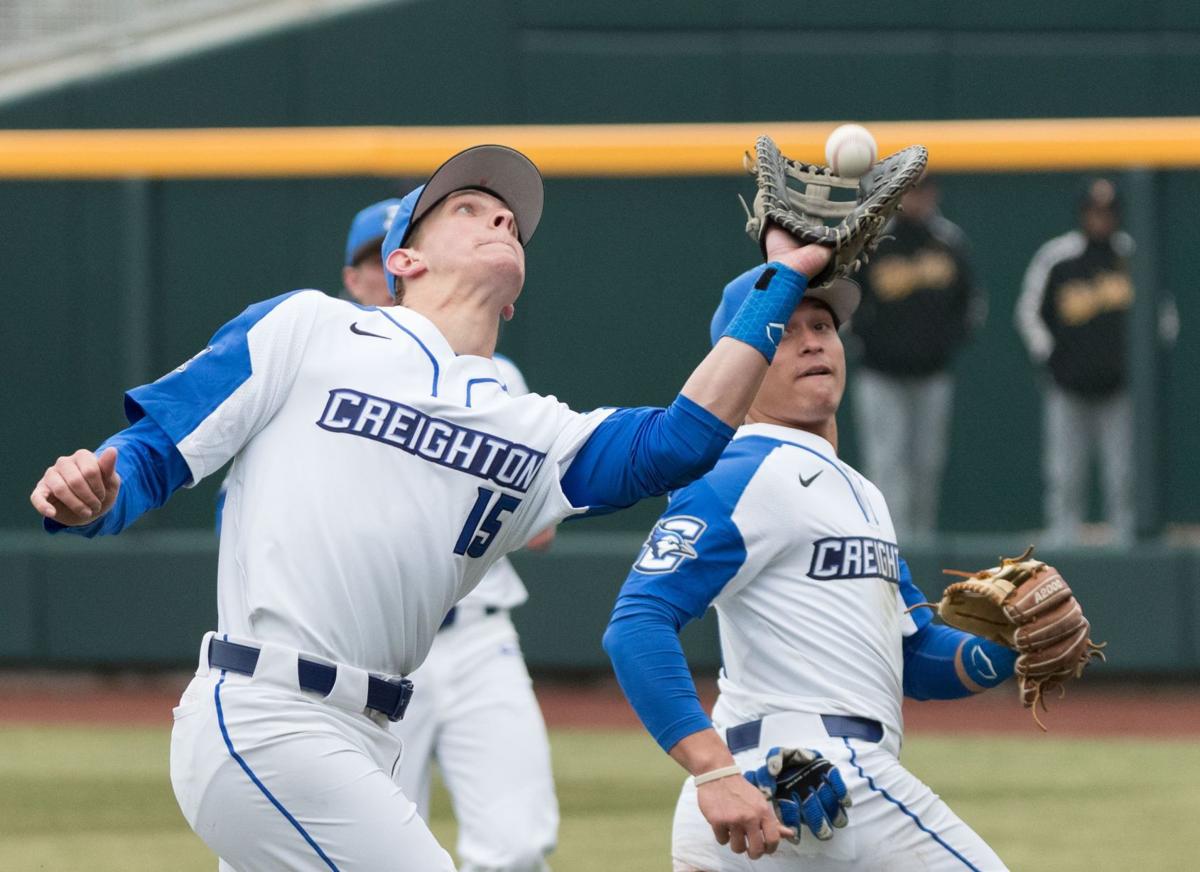 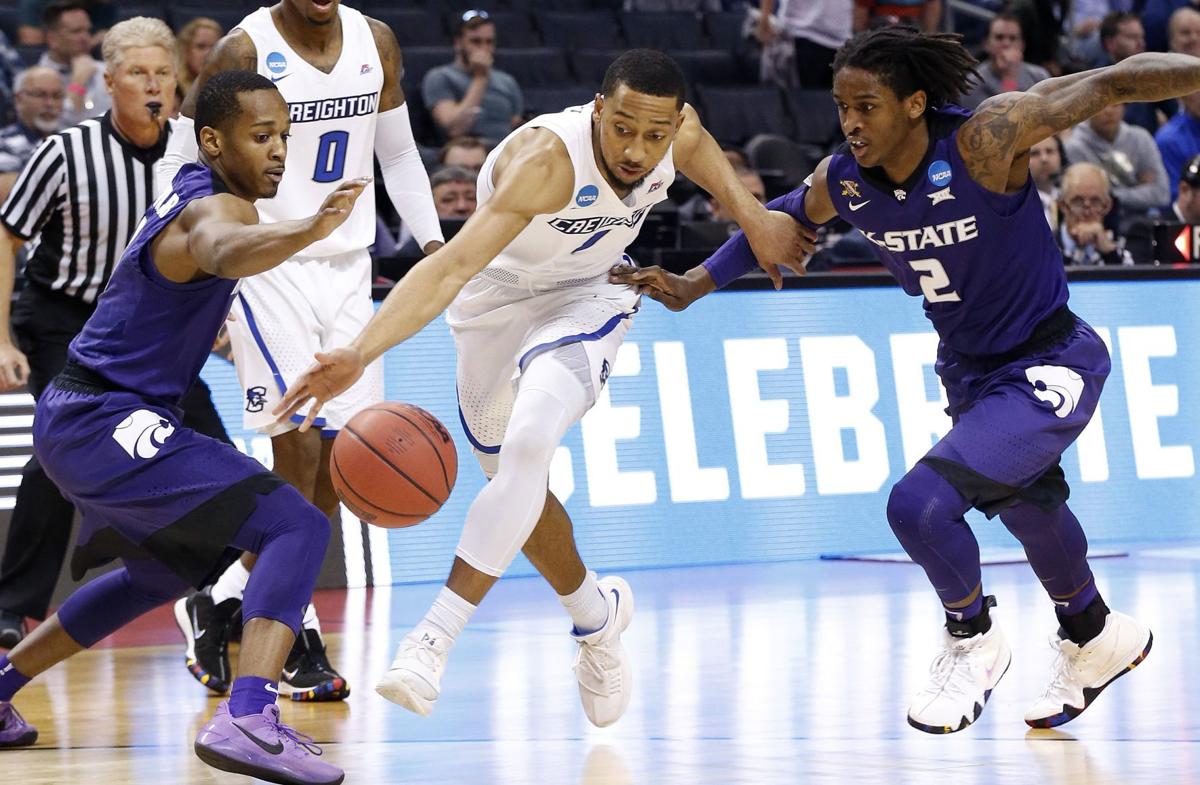 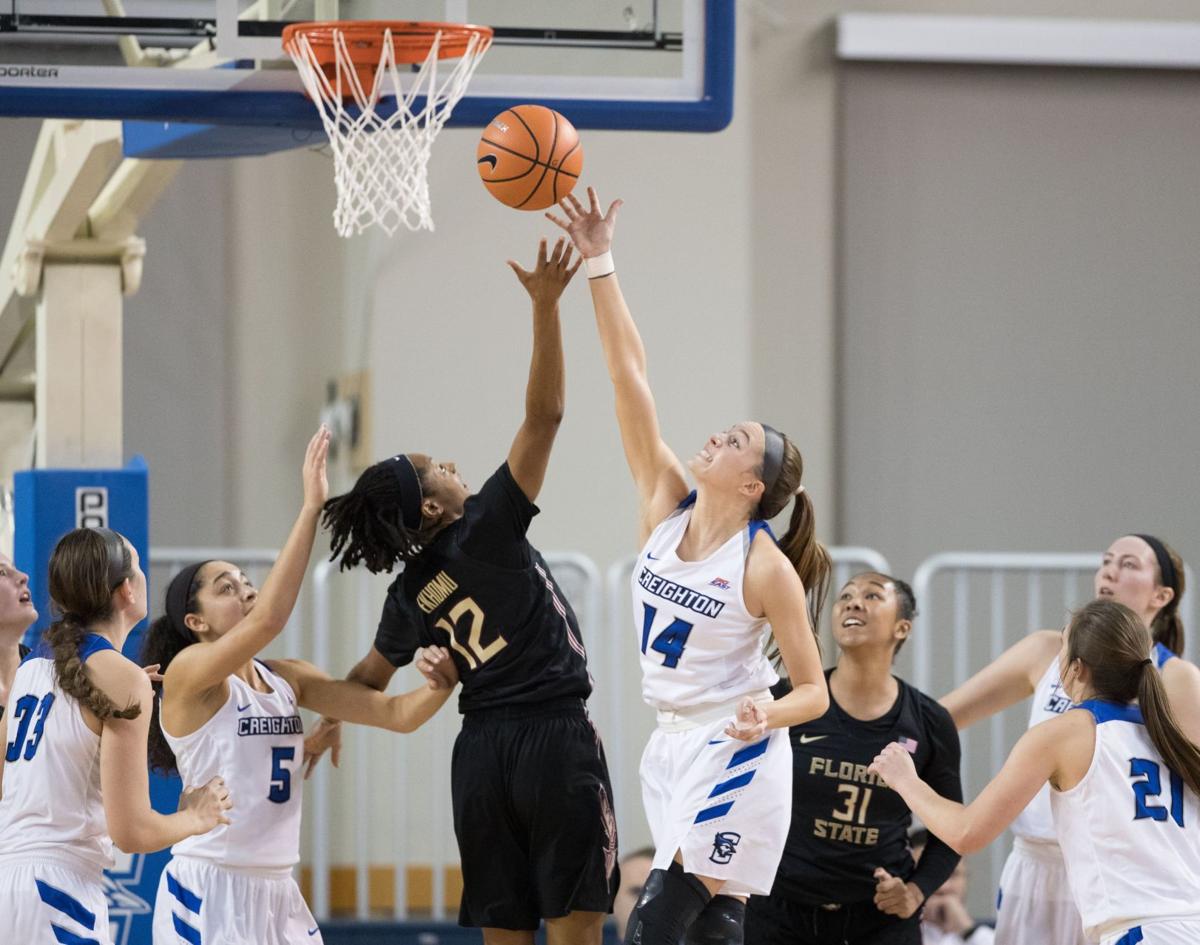 Creighton's Sydney Lamberty defended the opponent's best scorer, she ranked fifth nationally in minutes per game (38.4) and she had a 2.23 assist-to-turnover rate. 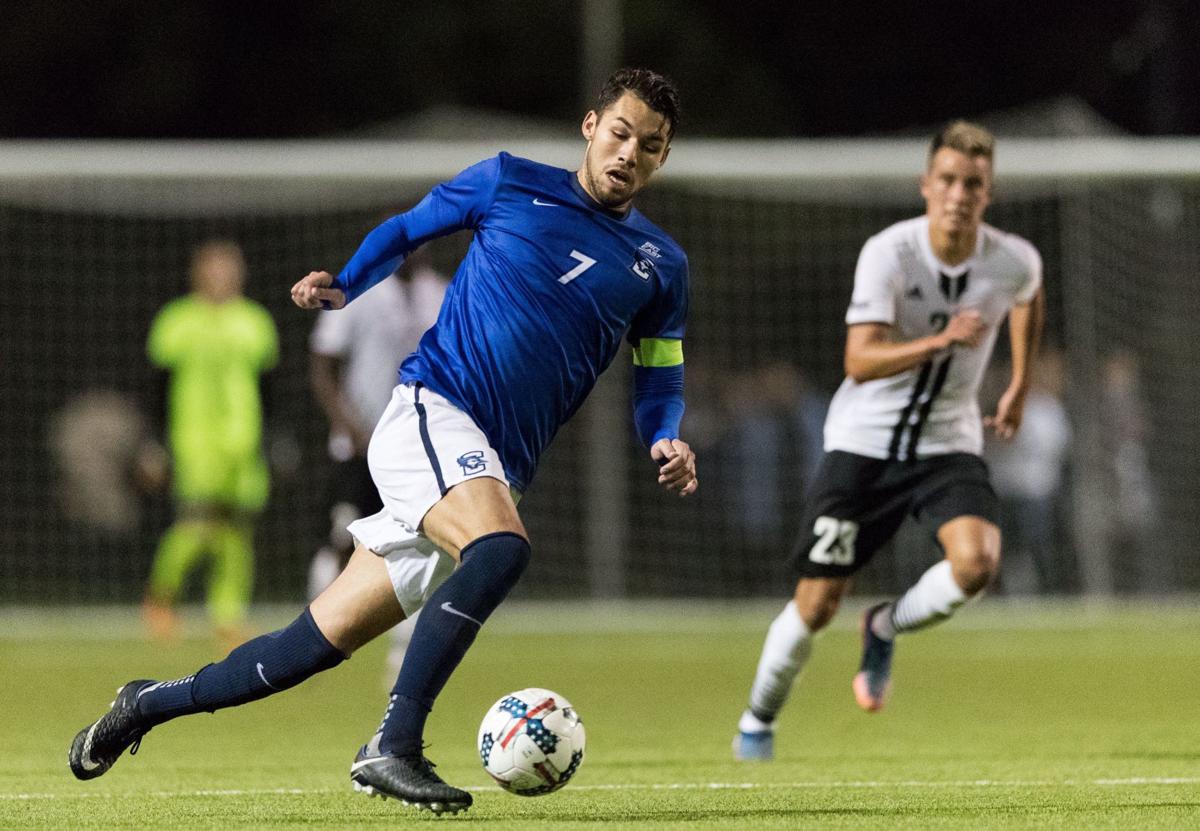 Ricky Lopez-Espin, the Big East's co-offensive player of the year, finished second in the league with 12 goals. He ranked first in the conference by averaging 1.5 points per game. 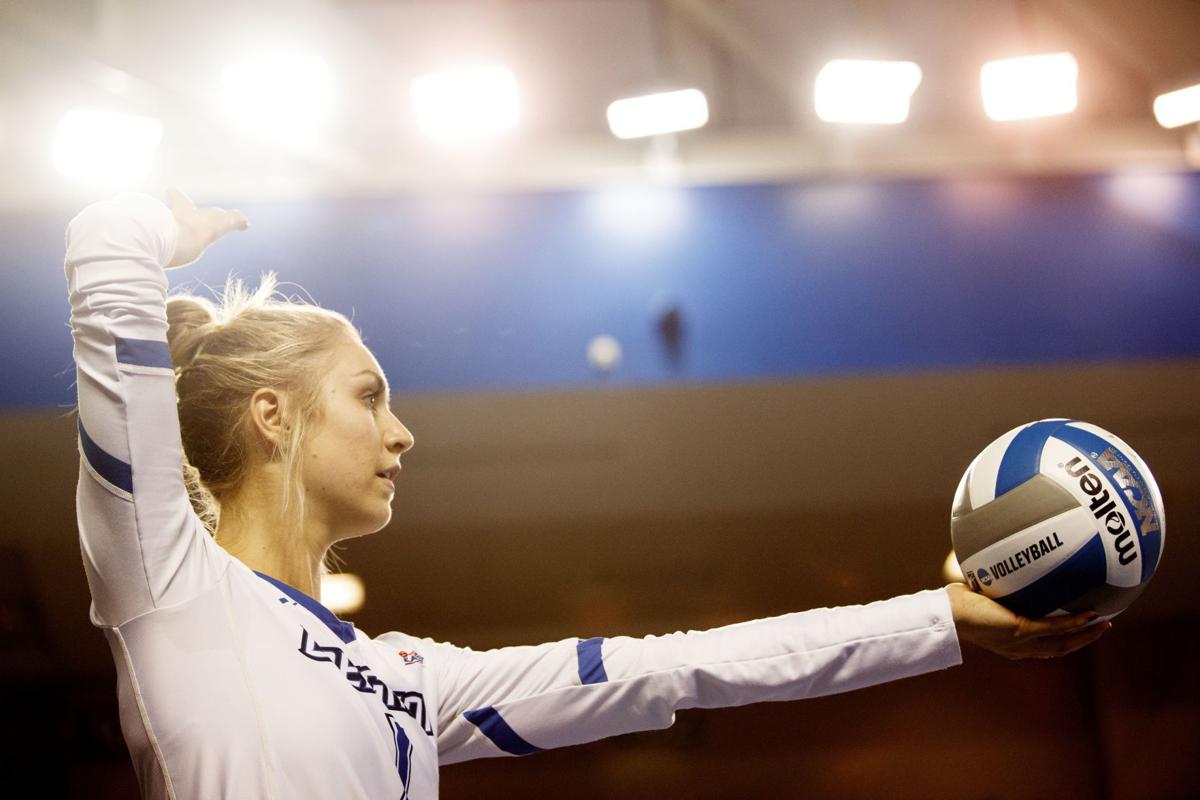 A look at every sport at Creighton in the 2017-18 school year, and how each performed up to expectations.

NCAA tournament: Missed it for the sixth straight year

Season highlights: Going 3-0 against Nebraska for the first time, finishing undefeated in the midweek and winning a road series against NCAA regional champion Minnesota.

How it ended: CU, which lost home series to Georgetown and Seton Hall in May, found itself scoreboard watching on the final regular-season weekend. The Jays won eight of their last nine games but still missed the four-team league tournament.

Trending: Down. But that’s based on recent results, and there’s plenty of potential for the group that returns next season. Those guys just have to prove it. Absolutely nothing is guaranteed — not for any program that has to annually battle poor weather for half the year, and especially not for a team that’s repeatedly been postseason-caliber but hasn’t capitalized on chances during the most critical points. The Jays need to get back into an NCAA regional. Other achievements — like producing four MLB draft picks for the first time in 12 years — will continually be overshadowed until they do.

Season highlights: Creighton was on the cusp of the Top 25 for most of the season’s first half. Its 89-83 upset of eventual national champion Villanova in February proved to be the best moment.

How it ended: The Jays played one of their worst offensive games of the season, shooting 33.8 percent from the floor in a 69-59 loss to Kansas State in their NCAA tournament opener.

Standout/star: Senior guard Marcus Foster. For the second straight season, Foster led CU in scoring and earned a spot on the All-Big East first team. He was also one of five finalists for the Jerry West shooting guard of the year award.

Trending: Slightly down. The Jays finished third in their conference and earned an NCAA tournament berth two years ago. They did the same thing this season. But now they’re reloading. Foster and Thomas are gone. As are a couple of other veteran players. Creighton appears to have assembled a talent-rich group to build off the recent success. But the retooled roster is unproven and inexperienced. A dip is expected. But by how much?

How it ended: The Jays fell to No. 3 seed UCLA. The host Bruins dominated from the start in an 86-64 second-round win.

Standout/star: Senior guard Sydney Lamberty. She defended the opponent’s best scorer, she ranked fifth nationally in minutes per game (38.4) and had a 2.23 assist-to-turnover rate.

Trending: Up. The Jays earned back-to-back at-large berths to the NCAA tournament for the first time in program history, they’re 17 months removed from their first Top 25 ranking since 1992 and they’re set to return five of their top six scorers, including versatile scorers Agnew and Faber.

NCAA tournament: Missed it for the first time in eight years

How it ended: CU surrendered two goals in the first seven minutes, falling 3-1 to St. John’s in the first round of the Big East tournament.

Standout/star: Senior forward Ricky Lopez-Espin. The Big East’s co-offensive player of the year finished second in the league with 12 goals. He ranked first in the conference by averaging 1.5 points per game.

Trending: Down. The Jays are migrating further away from back-to-back College Cup appearances in 2011 and 2012. Their lone Big East title came in their second season of league competition in 2014. Now they’ll have to regroup after a campaign when they nearly missed on qualifying for the six-team conference tournament. The bounce-back needs to happen soon.

Big East tournament: Missed it for the fifth year in a row

Preseason prediction: Picked to finish eighth by the league coaches

Season highlights: A 1-1 draw on the road against No. 12 Georgetown, the program's first tie against a ranked team since 2002. CU beat Villanova 1-0 in a dramatic late finish.

How it ended: For the Jays to earn a spot in the league tournament, they had to finish the year strong. But back-to-back 3-0 losses to Butler and Marquette sealed their fate.

Other award winners: None.

Trending: Down. The expectations, quite frankly, just haven't been as high for this program based on recent results. But the Jays did end 2018 with a 4-11-3 record. It was their first losing season since 2012, two years before coach Ross Paule took over. That's not ideal. Paule is still building, though. More than half of CU's roster next season will be made up with underclassmen. Hope remains that a breakthrough is on the horizon.

NCAA tournament: Did not qualify

Preseason prediction: Picked to finish fifth by the league coaches

Season highlights: All seven of the Jays' walkoff victories. CU went 5-1 in its final two weekend series at home to clinch the No. 2 seed in the league tournament.

How it ended: Creighton faced DePaul in the Big East tournament title game. A win would have put the Jays in an NCAA regional. But they couldn't get it done. They lost 6-2.

Standout/star: Senior outfielder Sam Crowley. In conference action, she led the league in batting average (.523), on-base percentage (.549) and slugging percentage (.909). She also tied for second in RBI (17). She was a first-team All-Big East performer.

Trending: Up. The Jays won 13 conference games, the most since CU joined the league. Creighton hadn't ever finished higher than fourth. It had only qualified for the Big East tournament once. And just last year, the team set a school record with 32 losses. So 2018 was a major step forward for the Jays, who are set to return five starting position players and their top pitcher. Now they have to build on it.

Preseason prediction: Ranked No. 9 in the coaches Top 25 poll to begin the year

Season highlights: Winning at Washington on the season's opening weekend and getting named an NCAA tournament first- and second-round host for the first time in program history

How it ended: Creighton fell short of making its third straight Sweet 16 appearance, falling in four games to Michigan State. The Spartans clinched the win with a dominant 25-16 fourth set.

Standout/star: Senior setter Lydia Dimke. She directed Creighton's potent offense, averaging 10.6 assists per set. She also ranked second on the team in service aces (28) and third in blocks (74). She was an All-Big East first-team honoree.

Trending: Up. The Jays made their first Sweet 16 appearance in 2015. Then they advanced to the Elite Eight in 2016. So they weren't able to maintain that same upward trajectory in the postseason in 2017. But the bigger picture remains bright. Creighton sits in a fertile recruiting region and it's built an appealing system and culture. And since most of the key members from last year are back, CU's likely to keep boosting its reputation as a budding volleyball power.

Men's and women's cross country: The women placed sixth and the men ended up seventh at the Big East championships

Men's and women's golf: Both finished last at the Big East championships

As The World-Herald assesses the CU athletic department’s 2017-18 year, it’s hard not to recognize the two programs that seem to have flourished the most since the Jays joined the Big East.