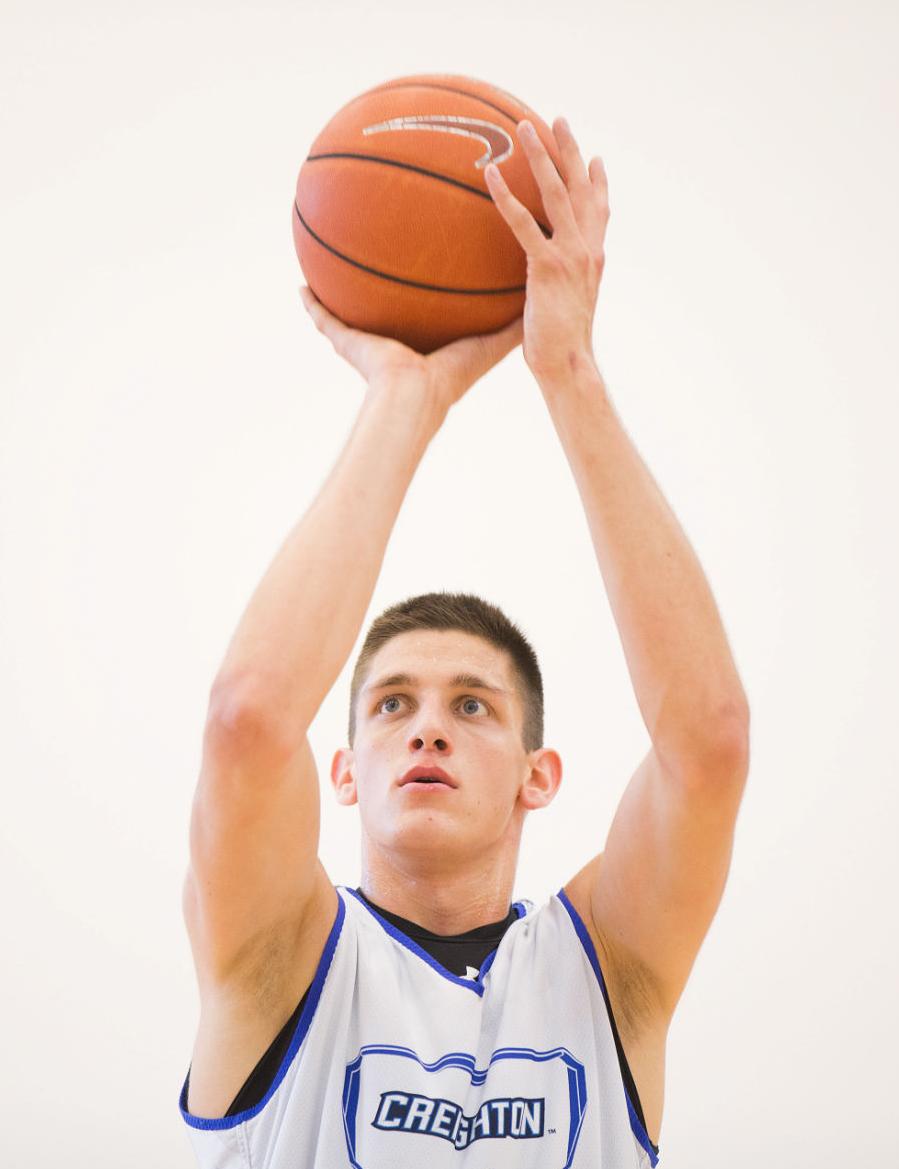 With most of his teammates home for a short break before the Bluejays begin their summer session, Martin Krampelj spends his days going through individual workouts in the morning and strength-training sessions in the afternoon. 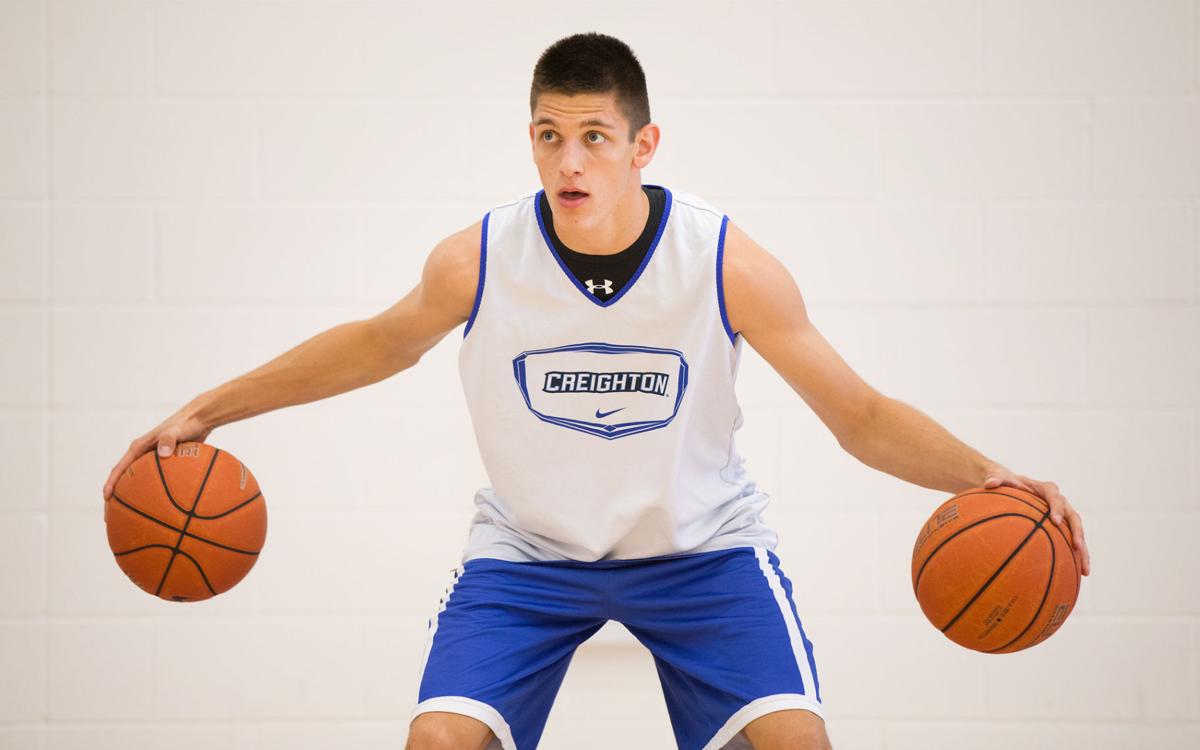 Creighton basketball player Martin Krampelj, of Slovenia, said he thinks he’s made a relatively smooth transition to life in the United States. 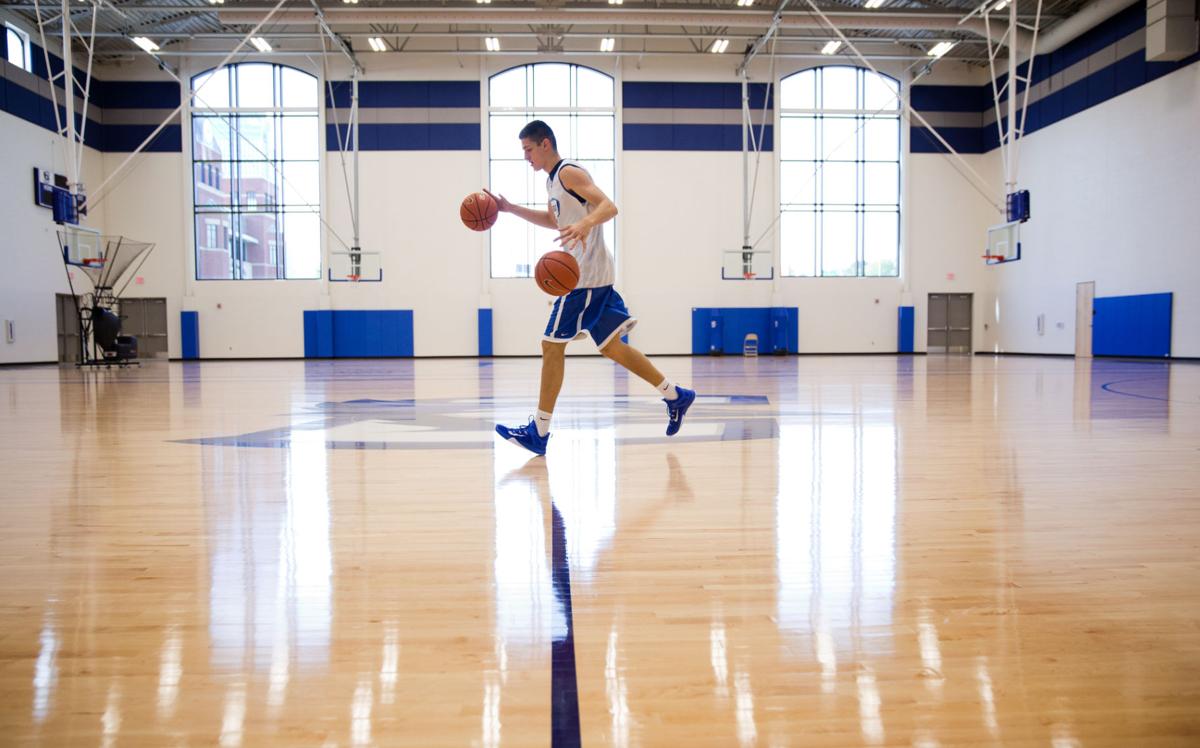 Back in Slovenia, only professional players practice and play in the type of facilities Creighton basketball player Martin Krampelj will use the next four years. 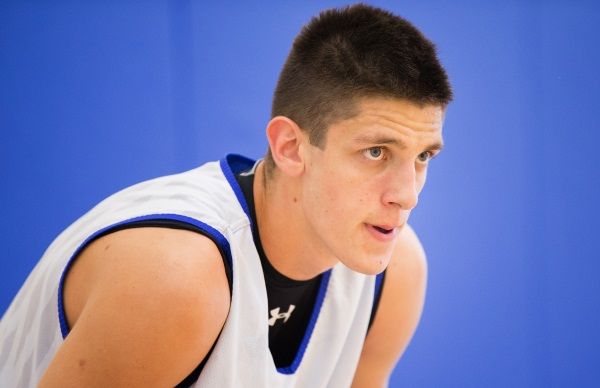 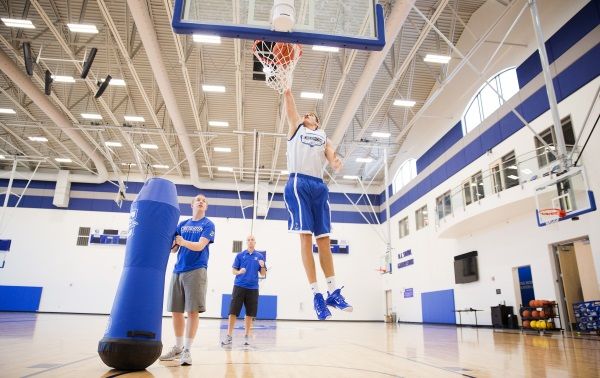 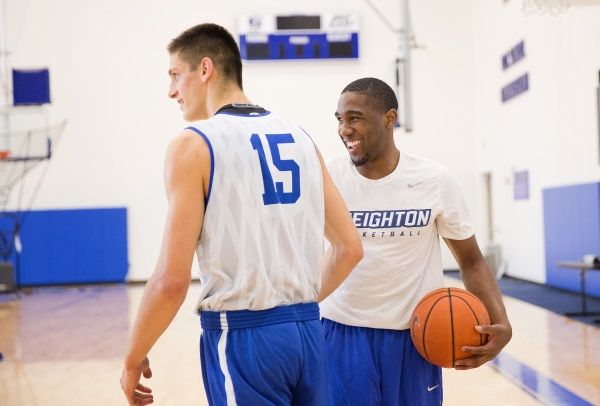 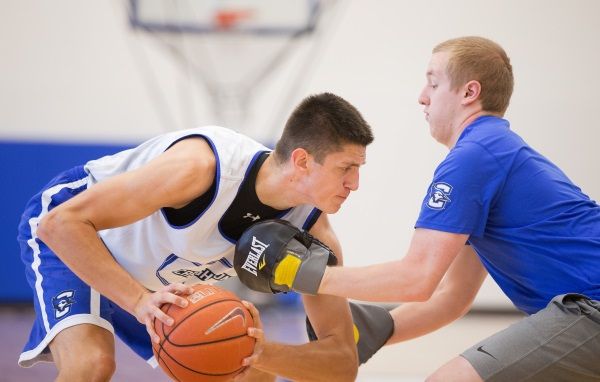 With most of his teammates home for a short break before the Bluejays begin their summer session, Martin Krampelj spends his days going through individual workouts in the morning and strength-training sessions in the afternoon.

Creighton basketball player Martin Krampelj, of Slovenia, said he thinks he’s made a relatively smooth transition to life in the United States.

Back in Slovenia, only professional players practice and play in the type of facilities Creighton basketball player Martin Krampelj will use the next four years.

Martin Krampelj looks around Creighton’s Championship Center and wonders if he’s found himself a slice of basketball heaven.

Back in Slovenia, only professional players practice and play in the type of facilities Krampelj will use the next four years.

When he made a recruiting visit to Omaha last fall, he watched the Bluejays play an exhibition game at the CenturyLink Center in front of 16,317.

“I never saw anything like that before,” he said. “That was amazing. I couldn’t believe it was real.

“I asked the players if they are professionals. They said they are not, but things like this are for only high-level professionals back home.”

Krampelj (prounouced Kramp-lee) was impressed enough to commit to Creighton last fall. He returned to Omaha last week to get a jump-start on his collegiate career.

With most of his teammates home for a short break before the Bluejays begin their summer session, the 6-foot-81⁄2, 205-pound Krampelj spends his days going through individual workouts in the morning and strength-training sessions in the afternoon.

Dan Bailey, Creighton’s strength and conditioning coach, has been impressed with Krampelj’s work in the weight room. Many freshmen enter the program and get overwhelmed by the intensity and attention to detail that are part of Bailey’s workouts.

“You can tell he’s done some of this before,” Bailey said.

Creighton assistant Steve Lutz is equally pleased with what he’s seen on the court from Krampelj.

“He has a tremendous amount of skill and really good athleticism and length,” Lutz said. “He’s a very hard worker and a quick learner, and that’s a pleasure to see at this point.”

Krampelj grew up with his parents and two sisters in a village of about 200 just outside Grosuplje, a town of 7,200 in central Slovenia. He had been in the U.S. for about two months when he picked Creighton from among scholarship offers from West Virginia, Rhode Island and Virginia Tech.

His signing came with a dash of mystery. He laughed when told many Creighton fans were scouring the Internet for information about him after he committed.

Krampelj averaged around 24 points a game this season for the Impact Academy, a business based in Sarasota, Florida, that offers a prep school program.

While Lutz said Krampelj brings big-time potential, there is a laundry list of things he needs to work on to prepare for playing in the Big East.

“We’re working on a lot of ball-handling and skill development at this point,” Lutz said. “I think as he continues to develop his ball-handling skills, he’ll develop more to being a wing player. But right now, he’s kind of more of a four (power forward).”

Krampelj, too, knows he must improve to get on the court in November.

The year at Impact Academy did give Krampelj a taste of the differences between U.S. and European basketball.

“I had watched many NCAA games back home and I liked the game,” he said. “It’s way faster than it is in Europe. Decisions have to be made a lot quicker.”

The American game also is a lot more physical.

In watching Krampelj play for Impact Academy, Lutz doesn’t think he’ll have trouble adjusting to the bumping and grinding of college basketball.

“He has a little bit of a competitive or a nasty streak to him,” Lutz said. “I don’t think he’s going to back down, but he will have to learn to readjust his center of gravity when people try to knock him off his base.

“There is no way that we can simulate the Big East physicality at this point, but a summer of strength training with coach Bailey is going to do wonders for him.”

Krampelj, who has a wingspan of 6-11, has demonstrated the ability to score both inside and from the perimeter. Asked if he likes to shoot 3-pointers, he replied: “Yes. And the (3-point) line is a little closer here than it is in Europe, so that is good.”

Krampelj also has displayed what could become a lethal midrange game in his early workouts.

“He has the ability to get to 17 feet with a dribble or two for a pull-up jumper,” Lutz said. “With his wingspan, there are not going to be many guys that are able to block that midrange shot.

“He can put the ball on the floor and get to the basket and get to a midrange shot. He’s a good standstill 3-point shooter and an OK back-to-the-basket player, but I’ve been very impressed with his middle game.”

Krampelj said he thinks he’s made a relatively smooth transition to life in the United States.

“The first week was a total shock,” he said. “There were so many differences — the culture, the food, the little things of everyday life.

“But I soon realized that the people here are the same. We are doing same things.”

He has found one major difference between life in America and back home.

“We have a lot less fast food back home than you do here,” he said.

Creighton’s signing of guard Malik Albert gives the Bluejays a player who is hungry to get back on the basketball court. After playing two seasons at Mott Community College in Flint, Michigan, the 6-foot-1 Albert sat out last season in order to get his academics in order.

Creighton's Zierden says rehab on knee is on schedule

The surgery that repaired Isaiah Zierden’s right knee came with a bonus. “If you ever want to know what the weather is going to be like, come talk to me a couple of hours in advance,” the Creighton guard said, chuckling. “I’ll let you know if it’s going to change.”

Creighton guard Maurice Watson Jr. was watching his teammates run through a drill when he offered up some unsolicited praise. “Man, I love Taz’s intensity,” Watson said. “The guy is always hustling.”